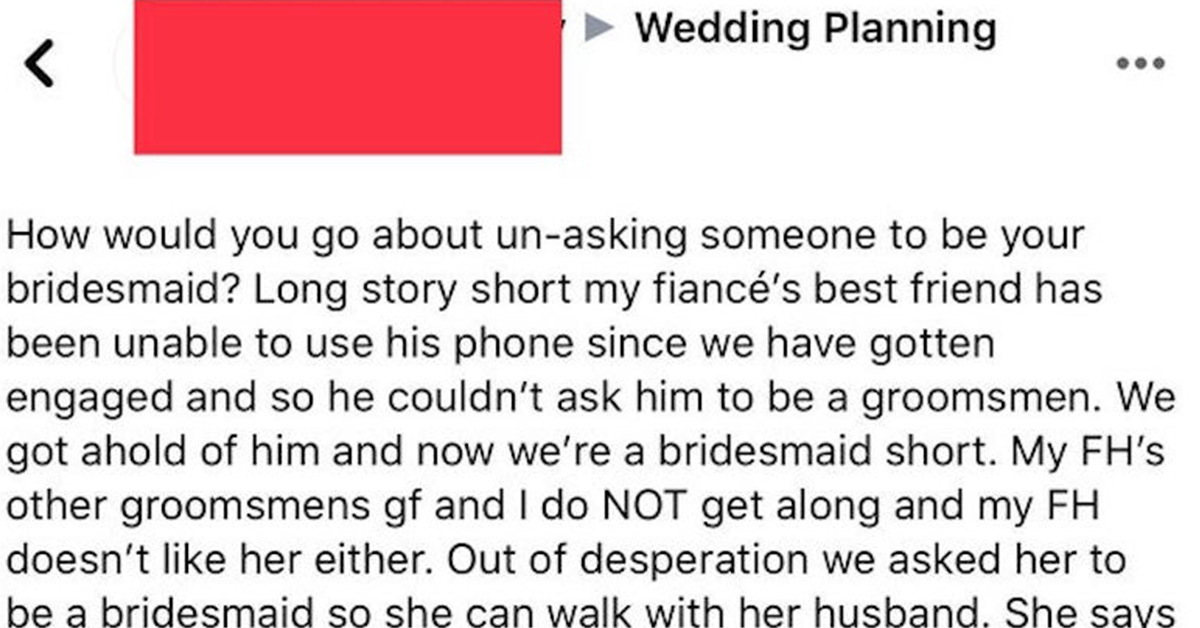 On the subreddit r/Bridezilla, people post their stories of horrible brides for us all to judge. Redditor u/adashofhotsauce shared a screenshot of a Facebook post in which someone actually judge the Bridezilla to her face. Or to her Facebook, which is kind of the same thing during quarantine times. Yes, this woman is clearly planning a wedding that is going to be relatively soon, because her anxious post is about a current pregnancy.

How would you go about un-asking someone to be your bridesmaid? Long story short my fiancé’s best friend has been unable to use his phone since we have gotten engaged and so he couldn’t ask him to be a groomsmen. We got ahold of him and now we’re a bridesmaid short. My FH’s other groomsmens gf and I do NOT get along and my FH doesn’t like her either. Out of desperation we asked her to be a bridesmaid so she can walk with her husband. She says yes, I sent her a link for the dress and THEN she tells me she’s pregnant. I know it’s an unpopular opinion but a pregnant bridesmaid is just not what I see for my wedding, especially because I don’t like her in the first place.

I will say that if you finish a story with the words “please don’t judge me” you gotta know it’s bad. 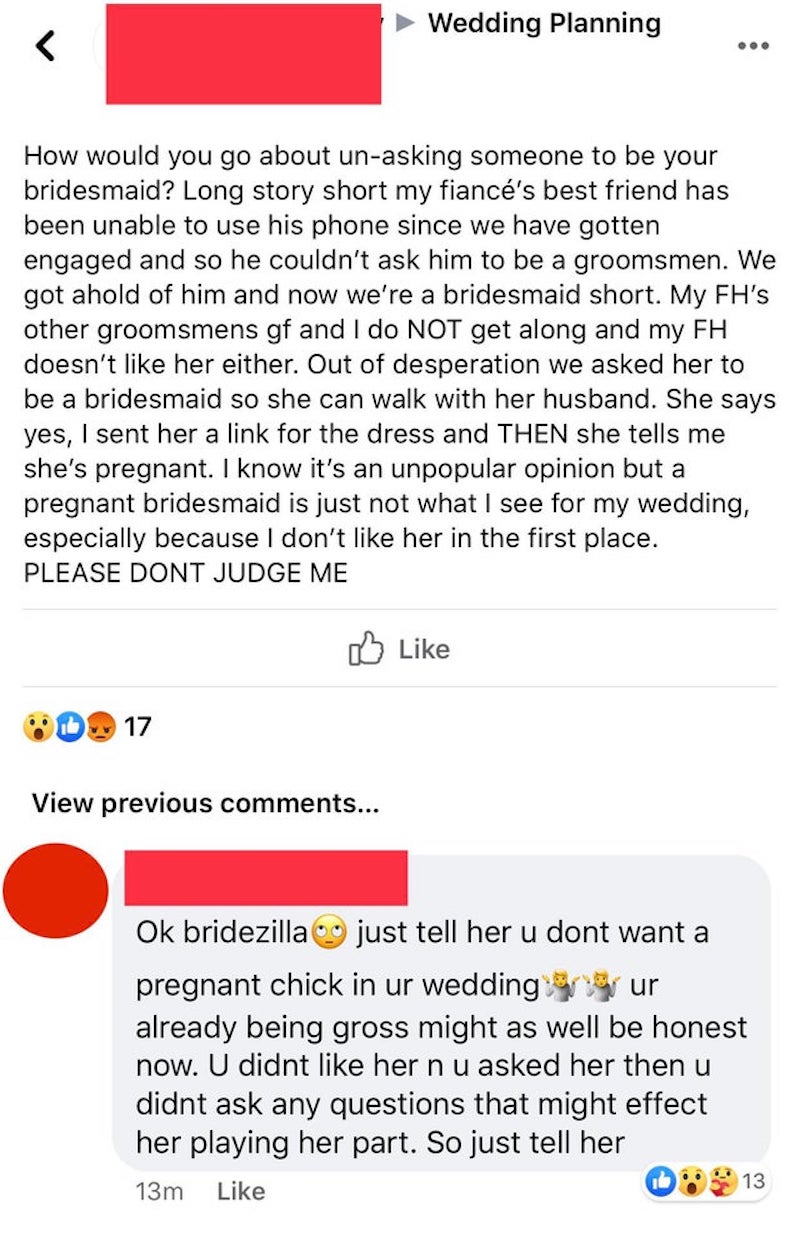 And she did get immediately judged, at least in the one comment we can see, which reads:

Ok bridezilla  Just tell her u dont want a pregnant chick in ur wedding ur already being gross might as well be honest now. U didnt like her n u asked her then u didnt ask any questions that might effect her playing her part. So just tell her

The poster of the screenshot knows the bride in real life, and says the responses were mostly like the one above, though some people defended it as being “her day” so she deserves bridesmaids without extra guests.

The commenters on Reddit had trouble even conceptualizing what’s going on because her story is pretty confusing. But most seem to think that having an even wedding party is a weird desire anyway and don’t get all the rules for traditional weddings.

Why even ask someone you don’t like to stand next to you in this significant moment and appear in all of your pictures for all time? It doesn’t make sense. 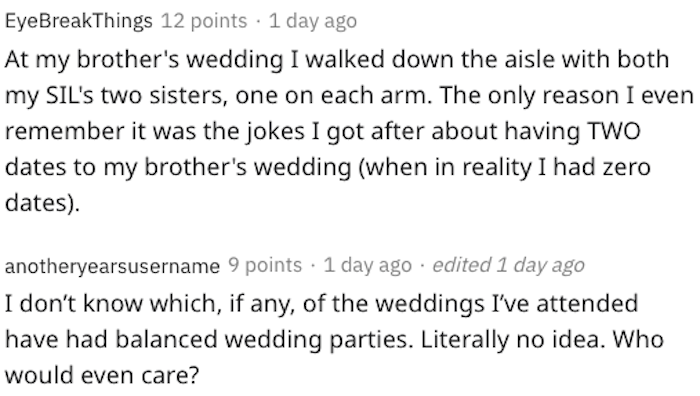 For what it’s worth, I do agree with her Facebook friend (or frenemy) who said she should just be honest. If they really don’t like each other, the pregnant bridesmaid probably wants to get out of it anyway, and it’s a very clear cut reason for why she can step down gracefully.