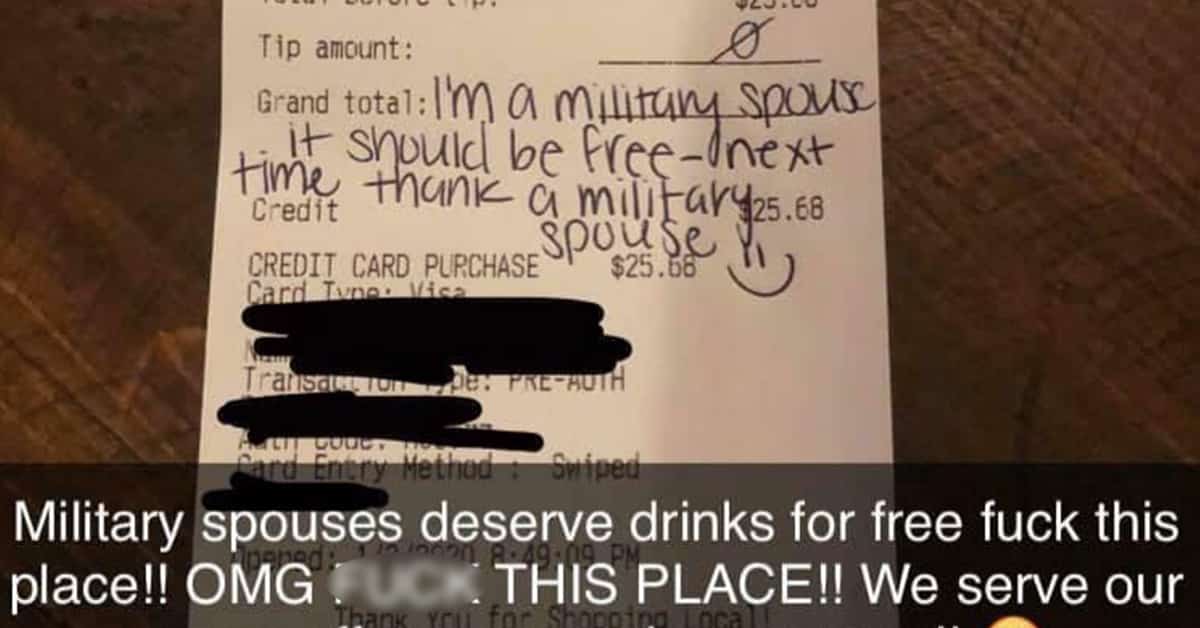 Military life isn’t easy—especially for families of those enlisted in the United States armed forces. You may go months without seeing your spouse, and this can be especially taxing on couples who have children.

However, what this is not an excuse for is to go full “Karen” on any hapless civilian who may have the misfortune to cross your path, as one (fortunately for her, anonymous) woman evidently did. A few months ago, someone posted a Snapchat screenshot to the Choosing Beggars subreddit, which displayed a bar receipt for two $12 glasses of chardonnay.

In the tipping area was a prominent ZERO symbol with a cross through it, with the written note: “I’m a military spouse, it should be free next time, thank a military spouse.” To add insult to injury, the woman added a smiley face next to it.”

“When I became a military spouse I thought I would get free stuff WTF!” she added on Snapchat. “Military spouses deserve drinks for free, fuck this place! OMG FUCK THIS PLACE!! We serve our asses off way more than anyone!! [sic]” 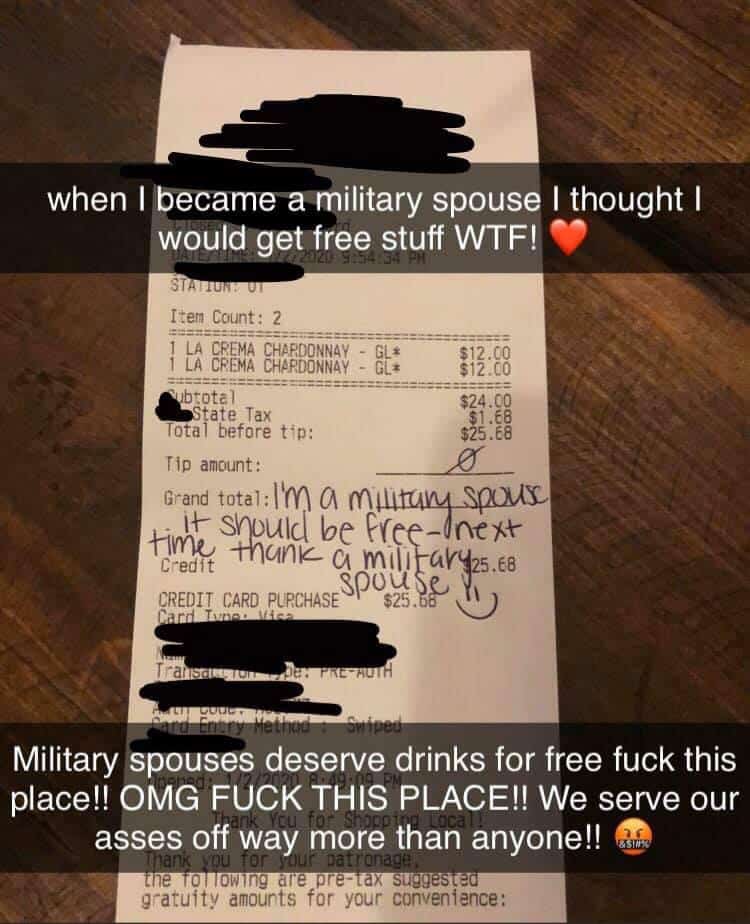 There are so many questions. One has to wonder if the bartender even knew the woman was a military spouse, but even then, her claim that she and those like her “serve our asses off way more than anyone” is unfounded, at best. And how does she know that her bartender didn’t also serve, or had family in the military at some point?

Did this woman get married purely for all the free stuff she imagined she’d be entitled to? If so, this might be quite the reality check for her! 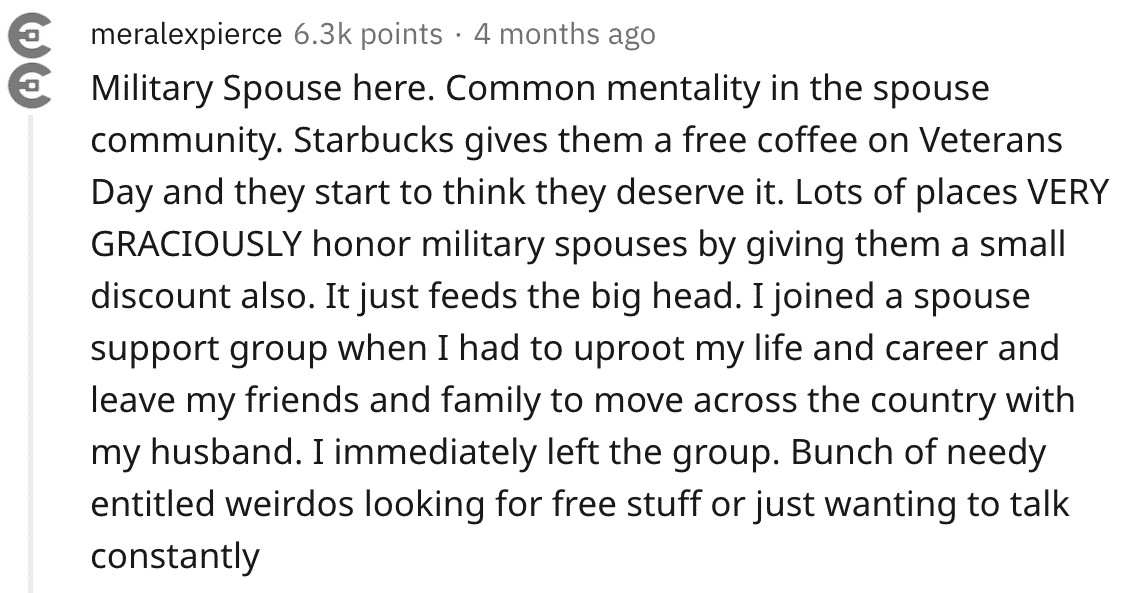 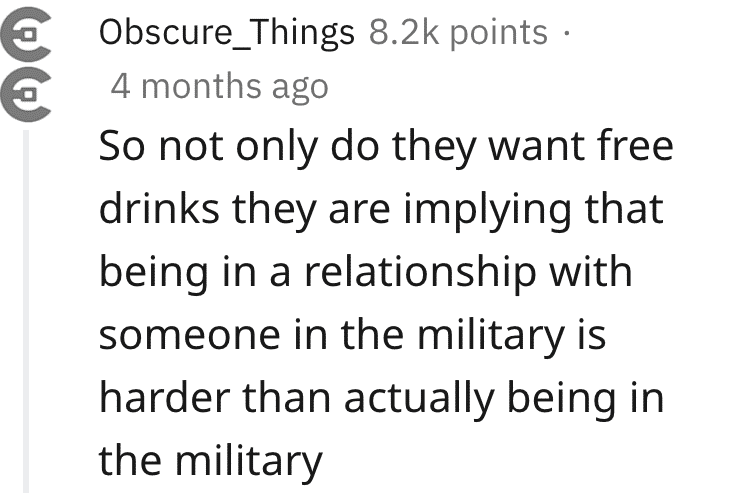 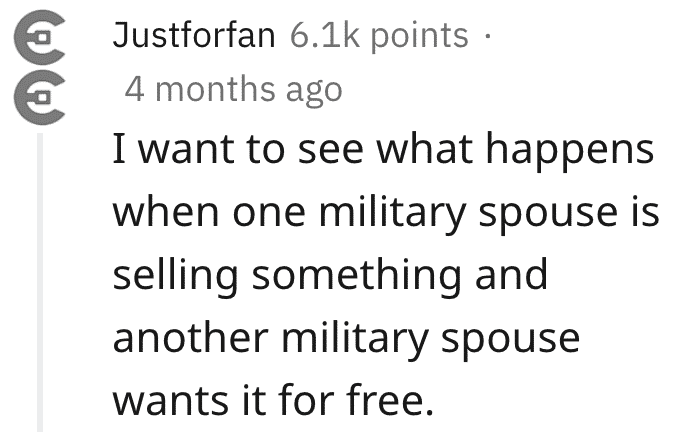 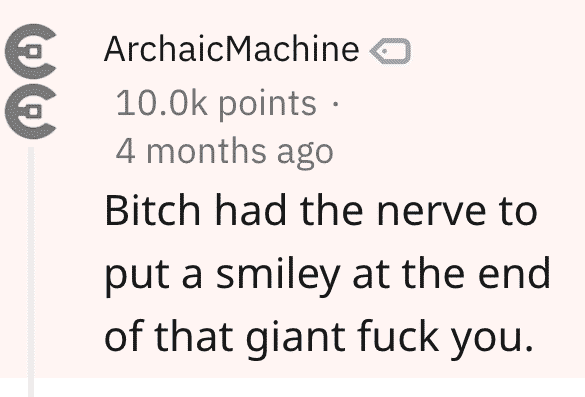 Sadly, Free Drinks Freida, as we’ll call her, is not alone. There is an entire subreddit devoted to Just Dependa Things—which is a slang term for those who marry into the service and completely rely on their spouses for financial support.

Not mine.. Found on WTF moments but thought it belonged here from r/justdependathings

As if a regular Karen wasn’t bad enough, now we’ve got Dependa Karens up in these streets. Take whatever precautions necessary to protect yourself.