Last Sunday, people across the U.S. were observing some extremely important Mother’s Day traditions: flowers, brunch, cars, and going to Red Lobster to assault service employees because the food was late. That’s how a woman who identified herself as Kathy Hill spent her afternoon, anyway, and she seemed pretty proud of it. I assume it’s how she was raised.

Kathy is what is known as a “Karen,” or a white woman who thinks everything should be exactly her way and pops off when it doesn’t. A video of her freaking out in front of a Red Lobster in East York, PA, went viral, and it’s really, really something. We can’t see what went down inside the Red Lobster, but according to the York Daily Record, the franchise was having issues all over the place, taking too many orders without enough staff on hand to make and deliver food. People were standing in line for hours.

It makes sense that Kathy was pissed off about the wait and wanted her money back. It doesn’t make sense that she pushed her way into the store, though it was closed to the public. By the time the video starts, she is being muscled out the door by the employees, who say she is not allowed inside and they will give her a refund if she just waits a dang second.

Woman upset that she has to wait 3 hours for food from Red Lobster on Mother’s Day when the restaurant has a reduced staff. pic.twitter.com/gEnZI9vPh3

She yells her name and instead of cooling her heals and seeing if the refund comes through, she slaps an employee, perhaps the only black person in her range of vision. Classic Karen. 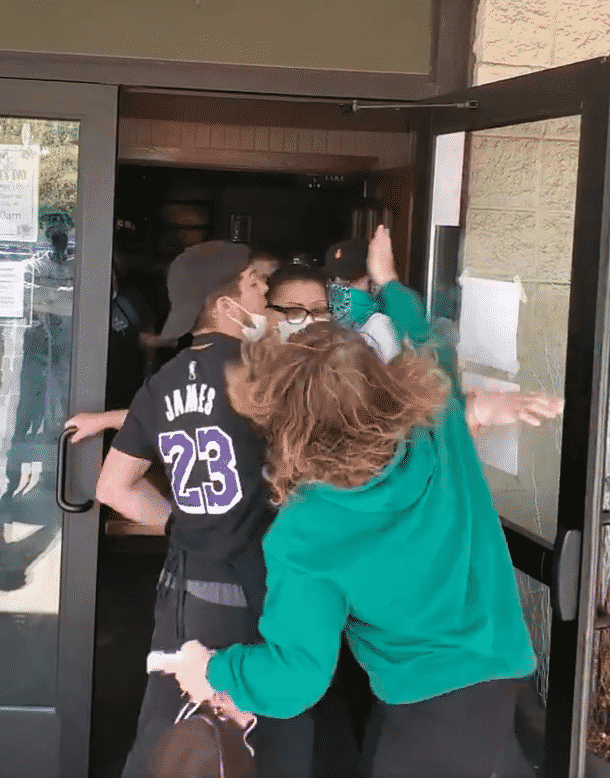 The woman who got slapped seems to be named Tiffany, because in a split second, she has Kathy’s hair in her grip and everyone is holding her back yelling, “She’s not worth it, Tiffany!” 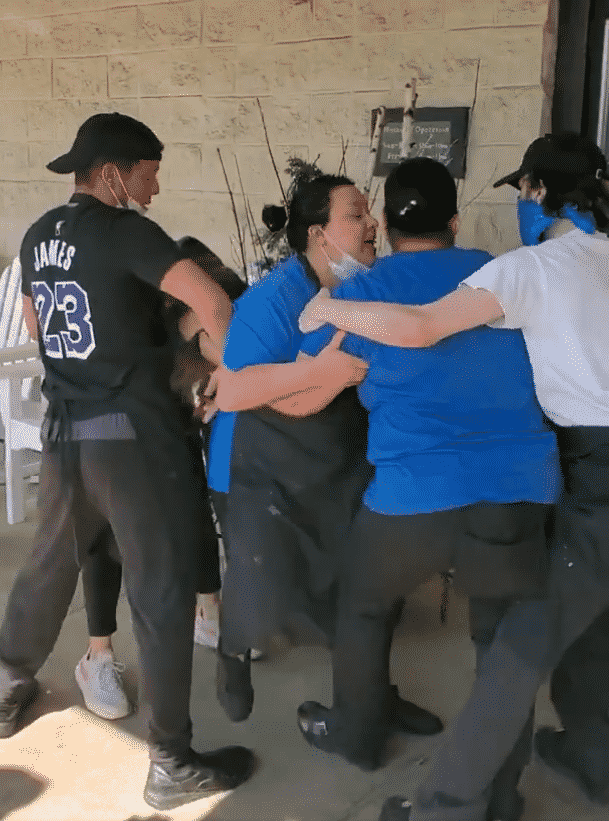 Tiffany’s fellow employees are definitely on her side and definitely afraid that if she whoops Kathy’s butt on camera she will be in major trouble. They eventually talk her down and she releases Kathy’s hair, who then scrambles up and accuses Tiffany of assault.

People are here for Tiffany, and wish that she’s been set free to do her worst:

Tiffany must be a good manager bc her staff was about to ride. https://t.co/etzhfim2si

He was bout it!

Right. White boy holla, “Idk where you going but you not going in here.” 🤣🤣 they was riding for Tiff

Staff like this, the ride or dies, is the reason working in the food industry is tolerable and anyone who works in food knows the bond is unbreakable. It transcends the constrictions of individualized identity. We ride at dawn Tiffany

WHY THE FUCK ARE YOU WAITING IN FRONT OF A GODDAMN RED LOBSTER FOR 3 HOURS FOR FOOD?! IN TWO HOURS YOU COULD HAVE GONE TO WHOLE FOODS, BOUGHT YOUR OWN FUCKING SEAFOOD AND COOKED IT YOURSELF YOU ENTITLED, LAZY INCOMPETENT SHITHEADS. https://t.co/RRHvagFY3E

can someone just get Kathy her $23.19 so she can go back to faking orgasms with her husband? #RedLobster https://t.co/K1BSWZDAQI

A lot of people also pointed out that the person filming didn’t say anything about how Kathy was acting out a pocket, and only spoke up about the hair-pulling.

They were also complaining about the wait themselves like that’s the real problem in this scene. Folks, you don’t need Red Lobster this bad, and if you do, be aware we are in a whole pandemic, and nothing is going to be service as usual.

Seriously the problem with reopening restaurants right now is the only customers who would even show up are the worst customers in the world https://t.co/pmeGifFStW

The YDR says police did eventually arrive on the scene, by which time Kathy had peaced out. She talked to them somewhere else which probably means she called them in the first place. Lt. Tony Beam told reporters, “We did respond, we talked to the people involved.”

He didn’t seem to offer an opinion on Kathy’s behavior or Tiffany’s retaliation. But he did say, “That restaurant’s closed; you’re not allowed in there. My understanding is all food is brought outside of the building.” Yes, Kathy. And stay out.

More Karens acting out of pocket: