There is a battle raging on the Internet now that has unseated the Great Boomer debate of 2019. The Karens have learned about the fact that everyone calls them Karen, and they’re losing their dang minds. A Karen is traditionally a white woman who will call the manager (or the police) on your for blinking at her funny. She wants everything exactly the way she wants it and she wants it right now. And now that she knows other people are clocking her terrible behavior and mocking her for it, she wants “Karen” to be considered an actual slur. Okay, Karen.

Karen can also be a state of mind. I truly believe anyone can slip into the Karen mentality. But some are extremely quick to identify with the Karens out there, like this woman losing her mind in a Facebook DM.

Screenshots of her conversation were posted on r/InsanePeopleFacebook by u/princessofstuff  who titled them, “A total Karen blew up my brother’s DMs for calling out another entitled Karen that broke the law.”

It starts with a Facebook post about a woman who was given seven days of jail time for opening her salon against government orders during a lockdown. The OP’s brother captioned it, “Bye Karen.”

The woman who would go on to DM the original poster commented, “I just lost a lot of respect for you, not gonna lie.” 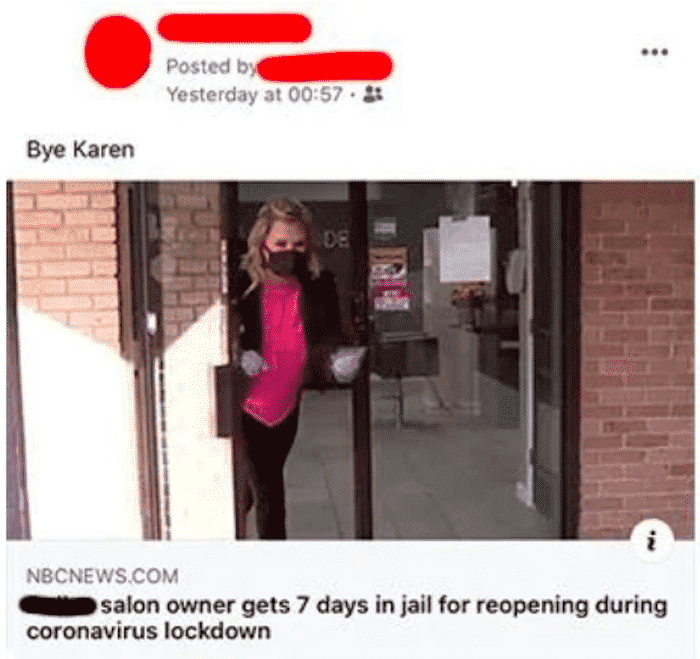 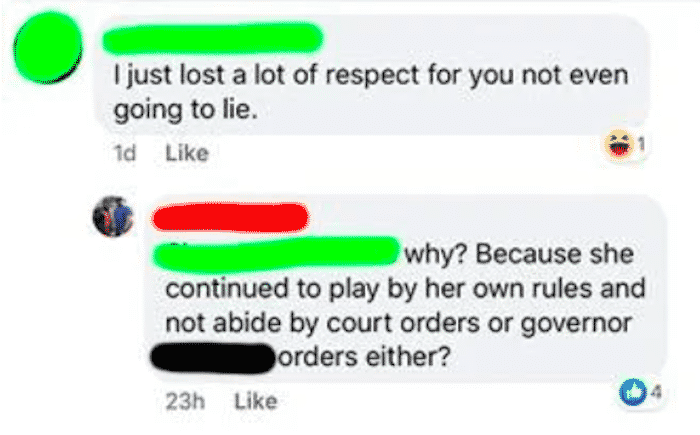 He responded, “Why? Because she continued to play by her own rules and not abide by court orders or governor ___orders either?”

That’s when the DMs started. The woman clearly didn’t want this to be a public debate. She also clearly doesn’t think anything should be shut down right now, despite a global pandemic. 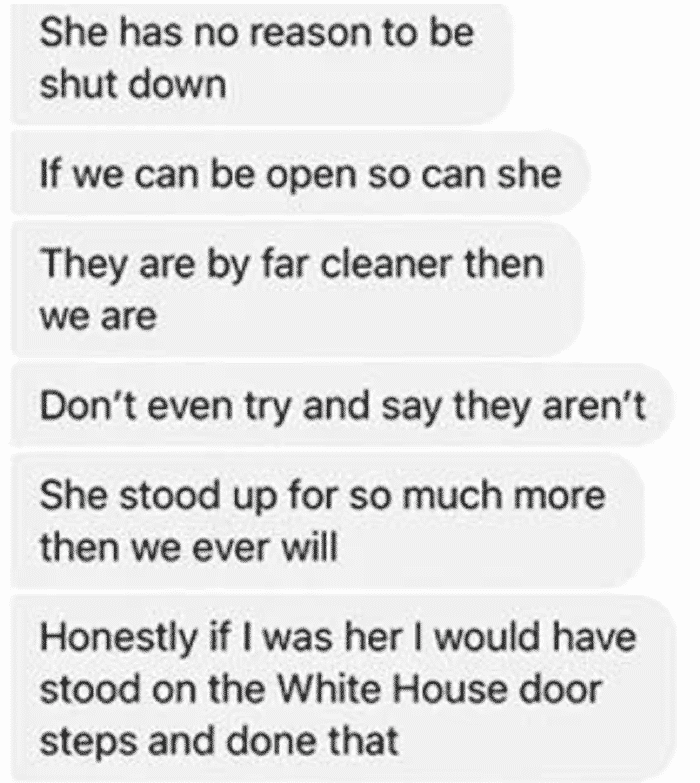 “No one should be shut down rn,” she insists. “F*CKING NOBODY.” 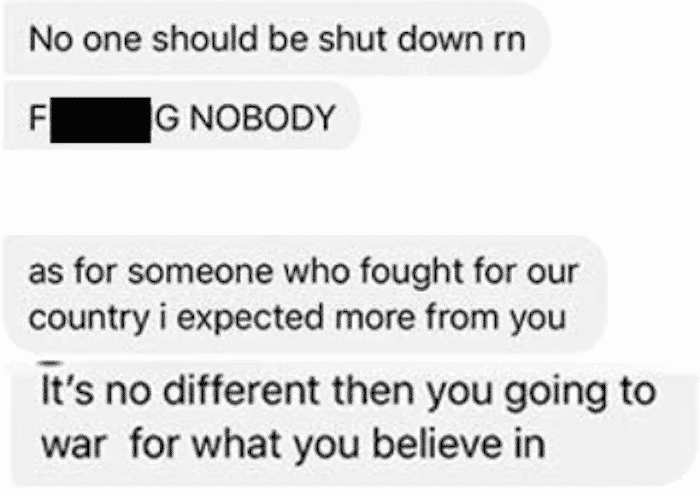 Then she calls out the fact that the OP’s brother was in the armed forces, writing, “As for someone who fought for our country I expected more from you. It’s no different then you going to war for what you believe in.”

Um, it definitely is.

But then we get to the real issue, which is that this woman was called a Karen for going to support her “industry friends” which probably means she broke lockdown and ignored social distancing. Serious Karen moves. “Am I a Karen?” she demands to know. 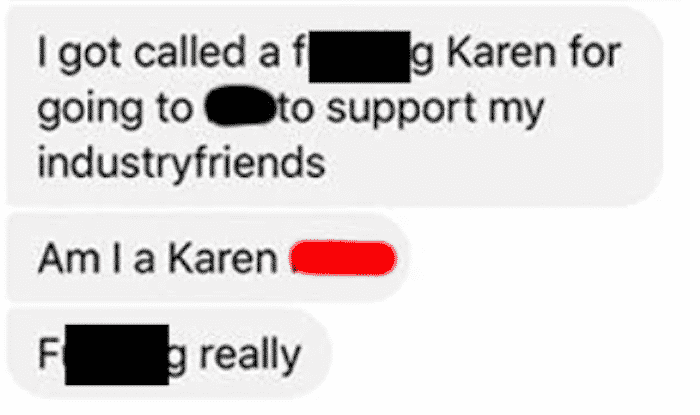 The more the brother seems to ignore her, the more she freaks out, though it’s possible his responses were edited out. As it is, she seems to be getting herself super worked up. 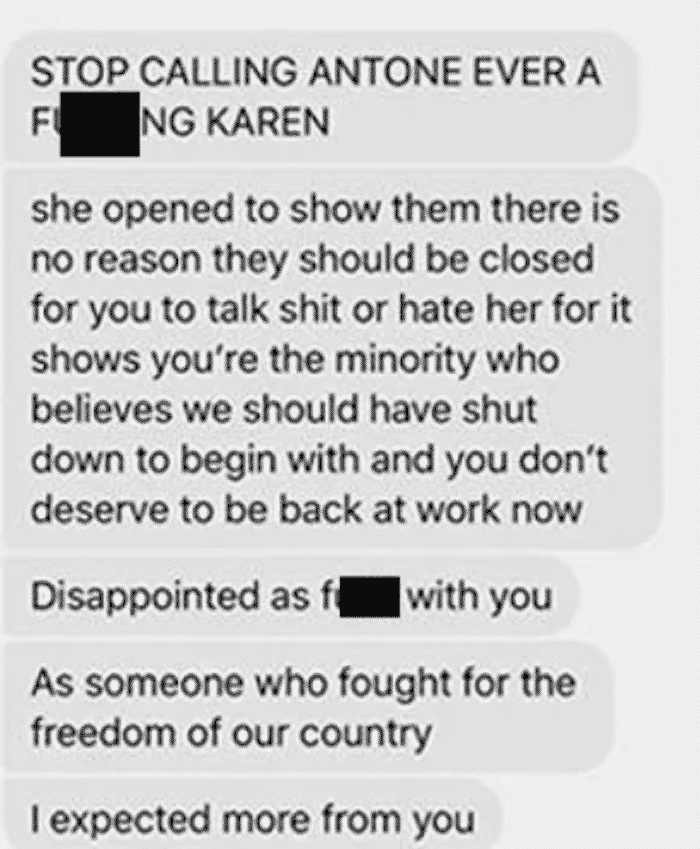 Then she writes, “Say Karen again. I dare you.” To which, obviously, he responds, “Karen.” Duh. 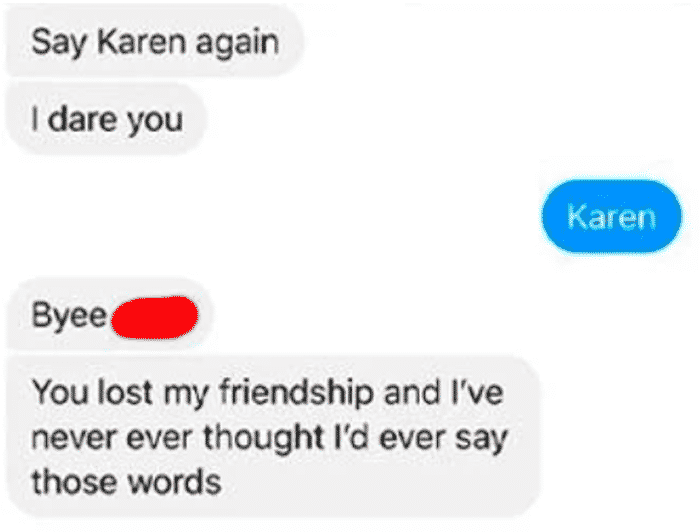 “Byee,” she replies. “You lost my friendship and I’ve never ever thought I’d ever say those words.”

Unfortunately for the brother, this Karen isn’t just a friend, she’s actually a co-worker. He commented on the Reddit post to say he’s going to have to see her again real soon whether he wants to or not: 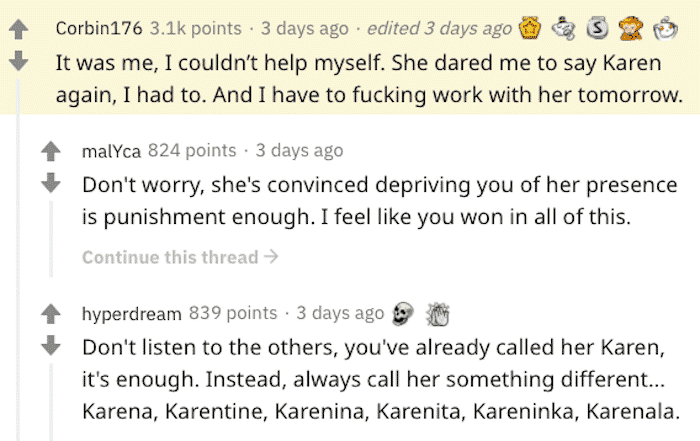 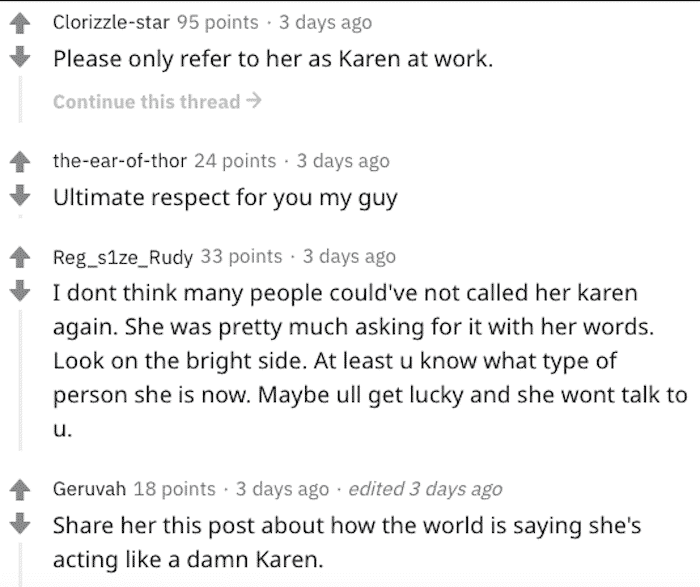 Commenters were on his side at least, especially because he actually served in the army. Lockdown protestors keep calling themselves real Americans by bringing guns into government buildings and it’s impossible to understand their logic. All they know is protecting public health is bad and keeping the economy running is good. Except there is no economy without public health: 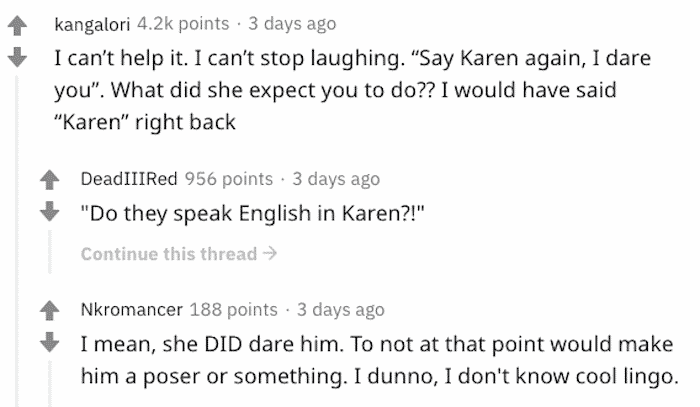 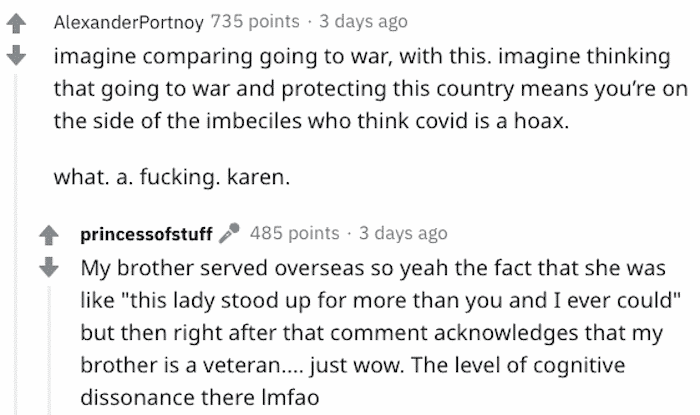 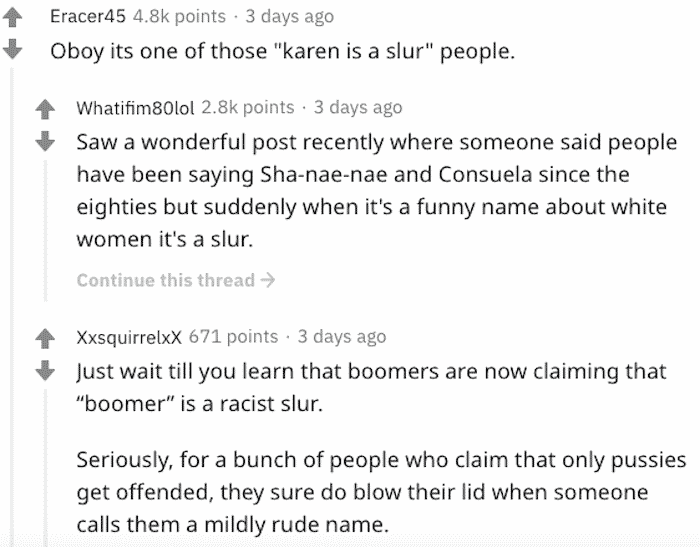 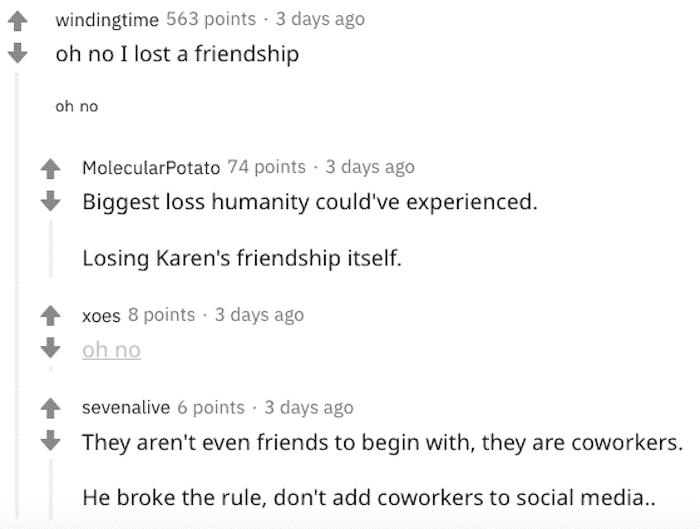 More Karens being A Karen: