This is a very bloody Halloween story with a non-lethal ending.

Sidney Wolfe, a college student at Marshall University in West Virginia, was driving home when she struck a deer with her car. That’s already a scary event as it is, but to make things much worse Sidney was dressed as the iconic Stephen King character “Carrie” at the time, blood-splattered prom dress and all. 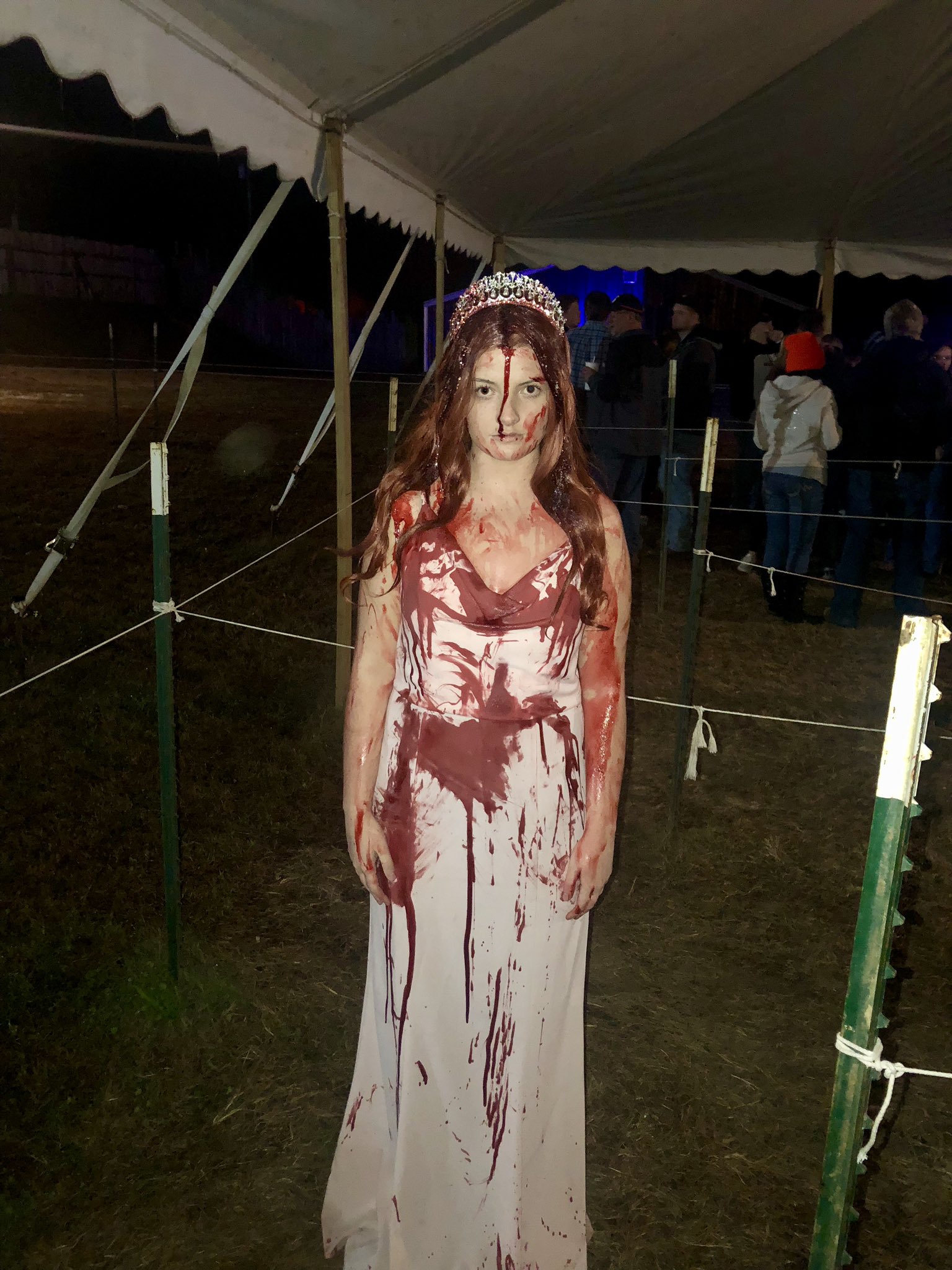 She was wearing the costume to promote her role as Carrie White in an upcoming “Carrie” musical.

Wolfe was unhurt except for a bruise but it all made for a grisly and alarming sight when first-responders arrived on the scene to find a wrecked car and a college student just…dripping in blood.

If anyone wants to know how my weekend went I totaled my car while dressed up as Carrie and everyone who was a first responder thought I was dead HAHAHAHA IM SO SORRY pic.twitter.com/22vatX7nGB

Wolfe told HuffPost that the first person to respond to the accident was a private citizen who was understandably freaked out by her ghoulish appearance, saying:

“The very first responder was a gentleman that pulled over being a Good Samaritan. You could tell he was horrified.” 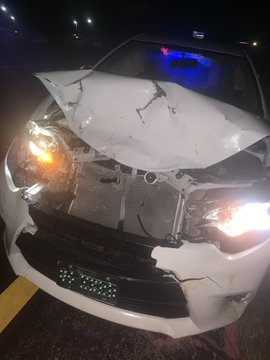 When the police arrived were equally concerned, says Wolfe, adding:

“Next came the police officers who were like ‘oh man’ and kept asking over and over again if I needed medical assistance. The second round of cops that came weren’t in on the makeup and said, ‘Are we just gonna ignore that blood is dripping and she needs medical assistance?’”

Other than the deer being hit and car wrecked it sounds like it turned into a comical evening.

waiting for my parents to come pick me up from the scene, two more policemen showed up. By this time, I was out of the vehicle and making conversation with the people.

The new officer says, “ I hate to interrupt but don’t you guys think she needs medical assistance.” 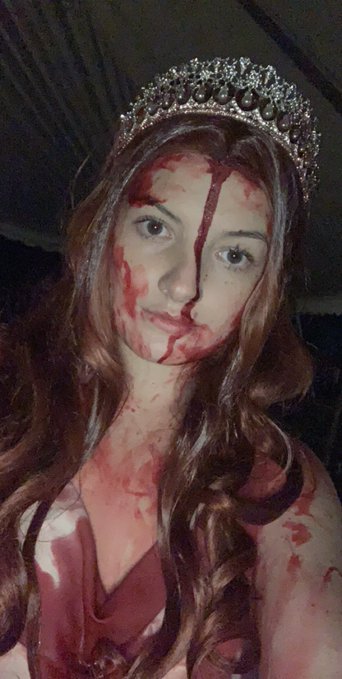