Instagram’s mantra is most definitely “fake it til you make it”—but some people just fake it shamelessly without any higher aspirations. That’s fine, but prepare to be called out like Casey Sosnowski, who recently got some good-natured flack from her sister Carly for posing in her backyard and calling it a hike.

My sister said she was going hiking…..this is our backyard. pic.twitter.com/LDGhAHNSSp

Casey Sosnowski, who has 11.4k followers on Instagram, posted the original Instagram shot with the caption “Nature is the ultimate healer to all our problems #naturelovers.” She also craftily changed her location to “Lake Okahumpka Park and Trail.”

“I told my sister let’s go outside and take pictures by our wooded area because I haven’t posted on Instagram since the beginning of July, so I figured it was about time I posted something,” Casey told Insider. 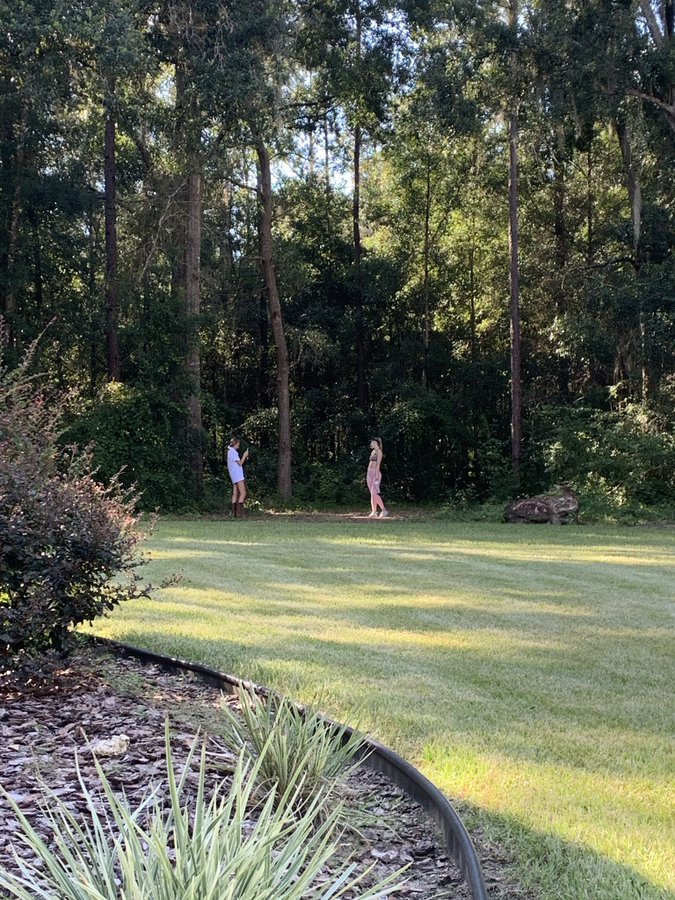 “I thought the background was really  pretty so we took pictures over there, and after I got home and posted it I told my family, ‘Look, it looks like I was going for a hike.’ So then my sister Carly posted it.”

Carly apparently thought the whole situation was hilarious, so she posted the truth behind the Instagram shot on Twitter. To everyone’s surprise, the tweet got over 41,000 retweets and 277,000 likes.

Your sister is a marketing genius

“I’m a pretty chill person overall so it didn’t bother me, and then it blew up and I was like ‘whoa,'” Casey said.

The fake hiking shot got Twitter talking about how Instagram is bullshit—and it was kind of depressing, like when a child discovers there is no Santa Claus.

My friend wanted me to take a pic of her while she was flipping her hair. It took me over 30 minutes to get it exactly the way she wanted. The caption of her picture was – spontaneous one. After that I don’t believe anything I see on the gram.

Ppl fake af on the gram, twitter’s the raw/uncut version

Some folks pointed out that the sisters’ backyard was basically a forest, so Casey technically wasn’t lying.

It looks like you can hike in your backyard

Casey eventually edited the caption to reflect the reality of her photo. “Did I go hiking? No. Is this my backyard?…… Maybe.”