I’m sure you remember The Dress and the Yanny and Laurel debate: both were instances where the entire Internet was passionately divided on what constitutes reality. With the dress, you saw either a blue and black outfit or a gold and white outfit. With Yanny and Laurel, you either heard one of the other of those sounds.

Some people were able to come around and see or hear the other side, but then it was hard to get back to their original position. The ensuing arguments were extremely passionate because everyone wants to think their perceptions are TRUTH, rather than just information their brain is trying to process before it explodes.

The decade has one more perception puzzle for us, presented on Twitter by user @esnycuddles, or Ana. It’s a video of a kid on a swing some distance away, going back and forth in a snowy landscape.

Like the other examples, when you first look at it, it’s impossible to even understand what the debate is about. It’s so obviously one thing and not the other. But if you keep looking, you start to see things differently:

Im losing my mind can someone tell me which way he’s facing pic.twitter.com/gIvIDzRkOd

Ana asked her followers if the kid on the swing is facing towards the building or towards the camera. She’s kind of freaking out over it. 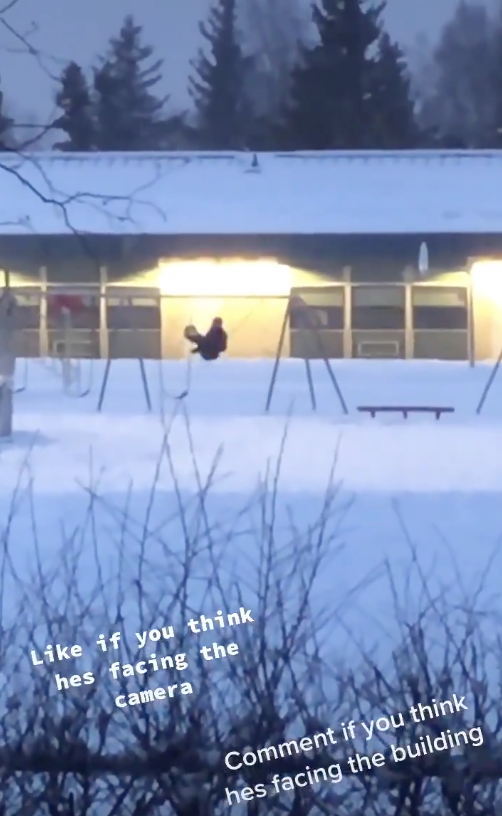 And to be perfectly honest, when I first watched, I didn’t understand how she could possibly see the kid as swinging towards the camera. He’s obviously facing the building, and lots of people agreed with me:

pls tell me how that’s facing the camera- pic.twitter.com/afOLGMFsgV

towards the building. How can you see the other way

How is he facing the camera, I’m trying so hard to see this. Some scientist needs to come and explain this because I’m starting to think he’s a ghost or a glitch in the matrix.

WHAT NO HES FACING THE BUILDING

Then, someone explained how he could, in fact, be swinging towards the camera, with some helpful diagrams. 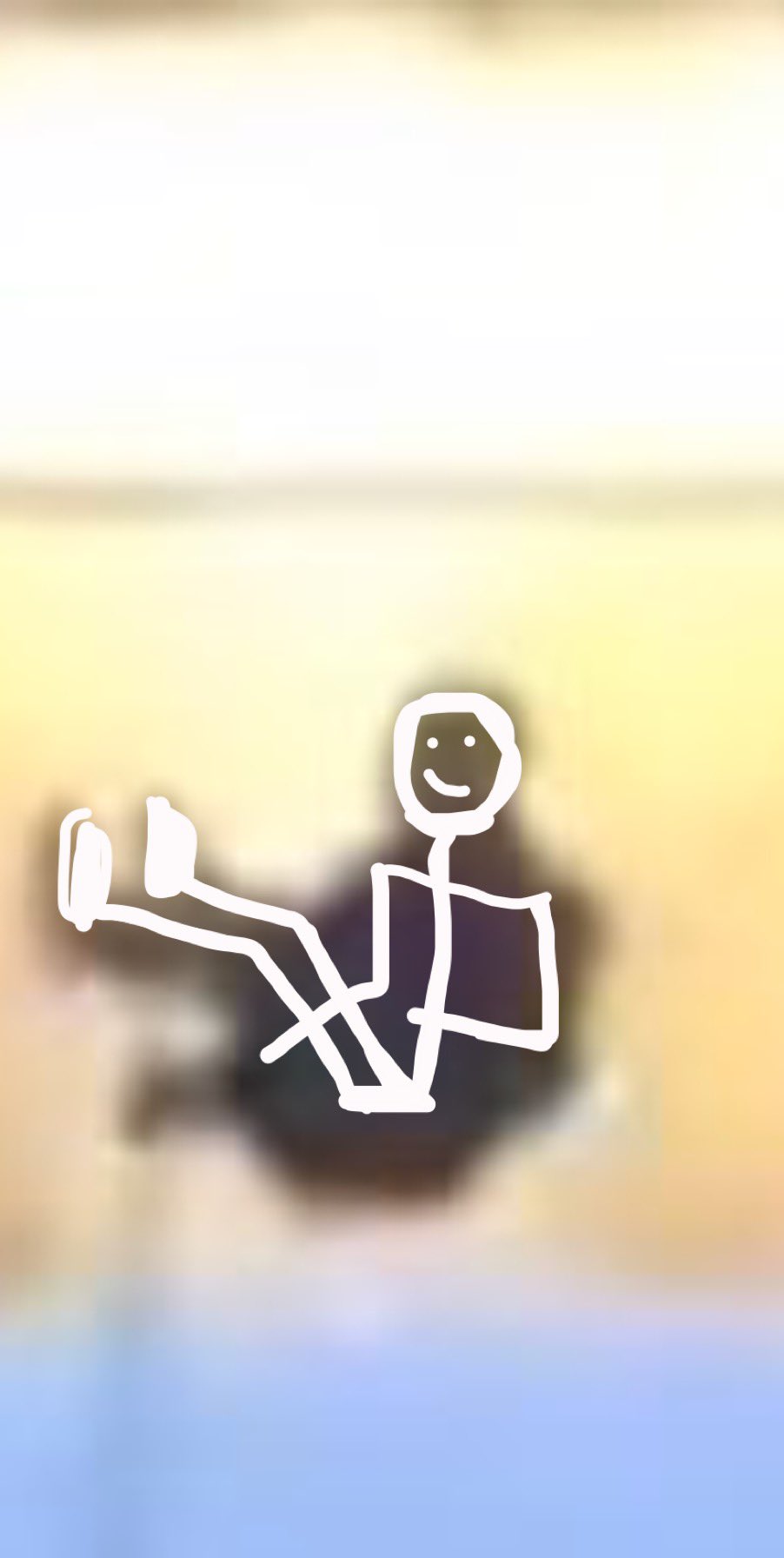 I’ve never been more confused in my life pic.twitter.com/xRP8msZxWb 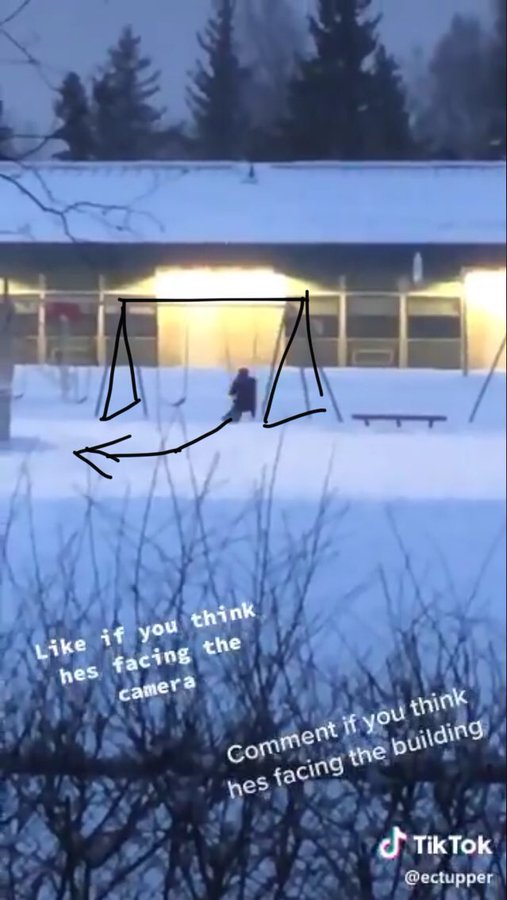 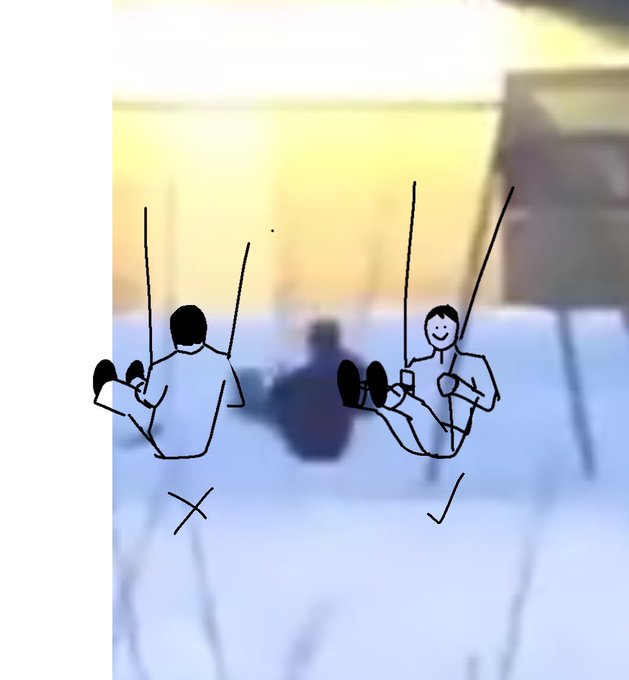 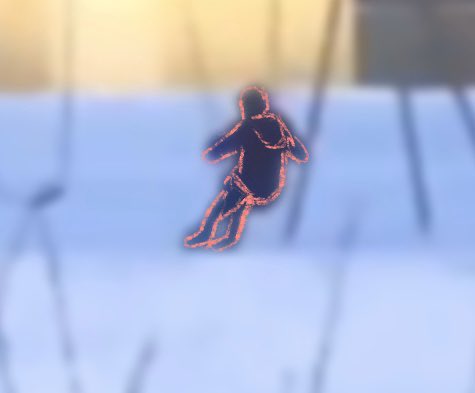 I can’t draw lol but they are literally facing the camera otherwise it wouldn’t make sense…the construction of the swing makes only sense that way??? pic.twitter.com/qJGVUrJbQO

And then I saw it. For a split second, he was facing the camera, and I wondered how I couldn’t have seen things the other way! But then it went back. Even with all that visual explanation and help, my brain wanted to insist it was seeing that little swinging figure moving towards the building. I no longer know what to believe.

What do you see?