On Tinder, a potential match was thwarted because a man said he was “not ready” for charcuterie.

The post has gone viral, with thousands of social media users wondering what exactly it was about the suggestion that so distressed the man.

Danielle Betsy, a 22-year old from Canada, posted the exchange with Tinder user “Jan.” She suggested going for charcuterie as a date, but was rejected after the Tinder match discovered what charcuterie is.

the boys in germany are different pic.twitter.com/2tZJilMhgr

“What is ‘charcuterie’?” asked Jan.

“It’s like a board full of meat and cheese and grapes that you have with wine,” Danielle responds.

Folks had thoughts about the man who wasn’t ready for charcuterie. Is there something inherently serious about a plate of cold meats and cheese that might turn off a commitment-phobe? Is Jan a serious vegetarian who can’t date non-vegetarians? 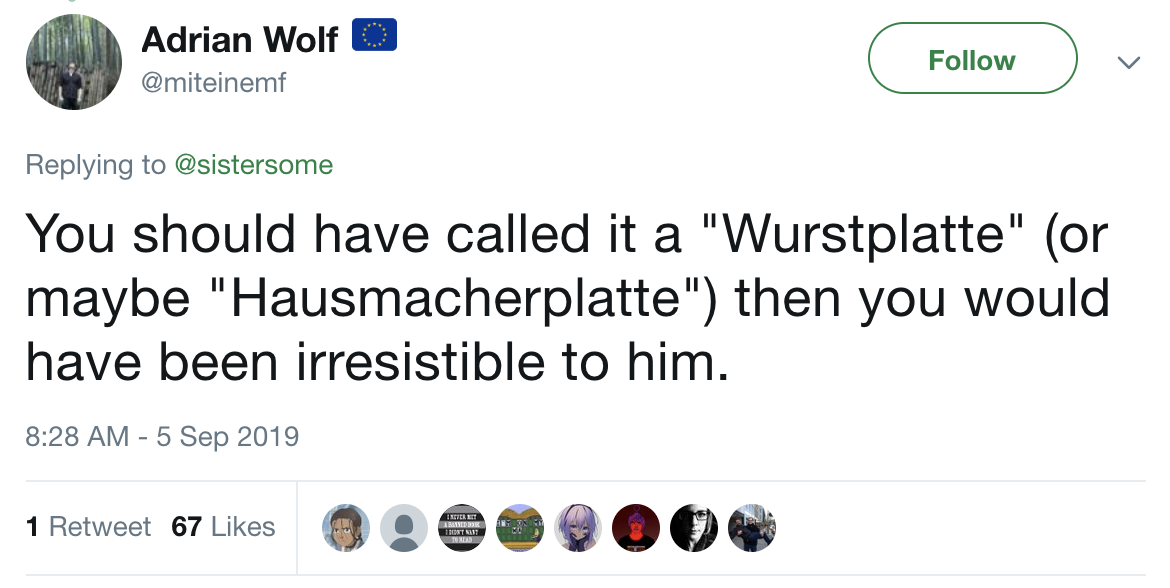 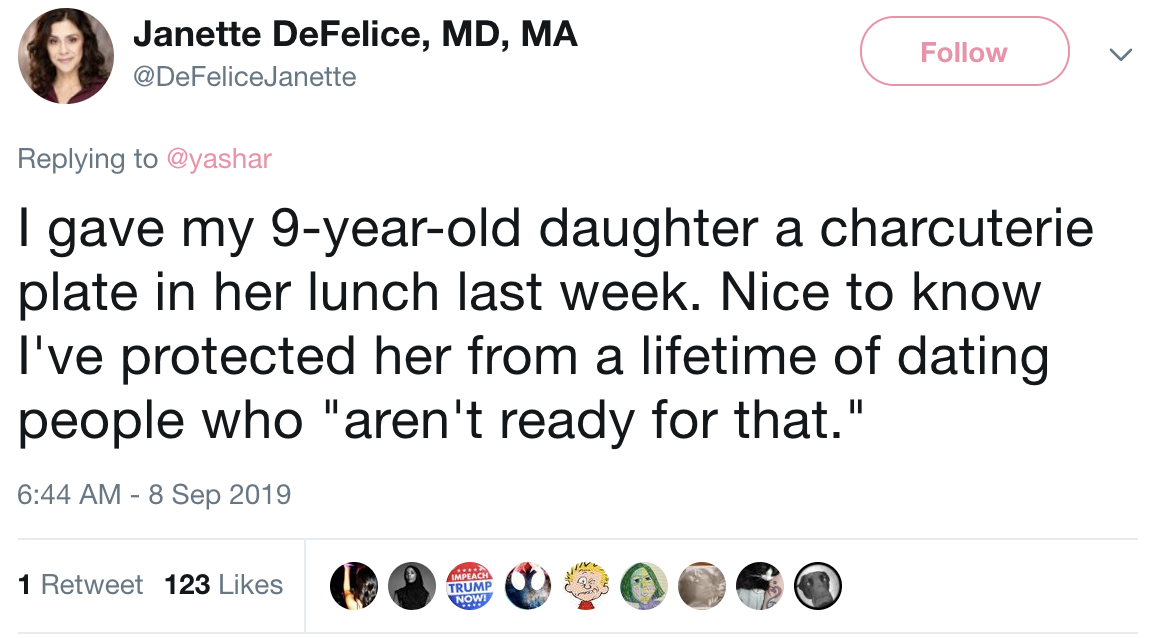 Danielle followed up the viral post by saying “i’m saving charcuterie for marriage” so now, “getting charcuterie” is basically the new way to say “let’s get married.”

Do you think charcuterie is too “serious” for a first date? Are there certain foods you think are off-limits for first dates?