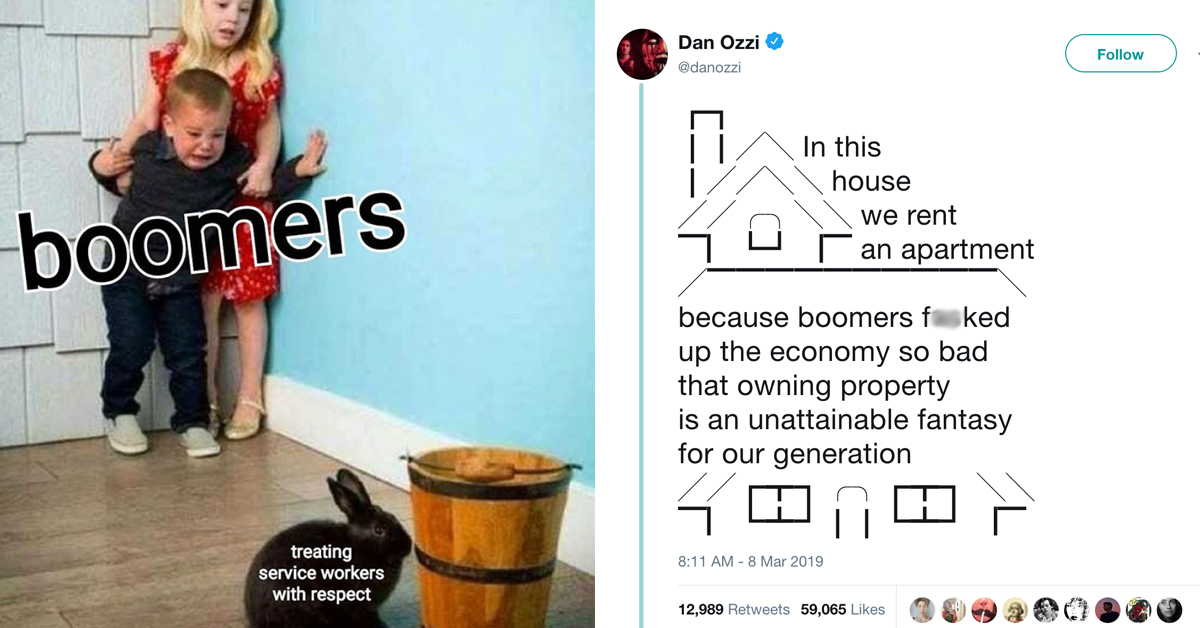 “Boomer” may be the most offensive slur that it’s possible to utter… if you ask a Boomer who’s seen a Boomer meme that is.  Generational divides have always existed as older people look skeptically at the seemingly ignorant youngsters coming up behind them and young people shake their heads at what they see as the old-fashioned, inflexible thinking of their elders. Yes, there’s always tension when the torch is passed, and that tension often explodes into virtual mayhem online (like the “OK, Boomer meme”). Of course, when it comes to symbolic internet combat The Youngs who grew up online have a significant advantage over The Olds for whom social media is still a novelty item. As such, many Millenials and Zoomers couldn’t resist trolling their elders with Boomer memes and tweets this year to see their reaction. It’s just too easy.

Here are 50 Boomer memes and tweets that triggered Boomers in 2019. 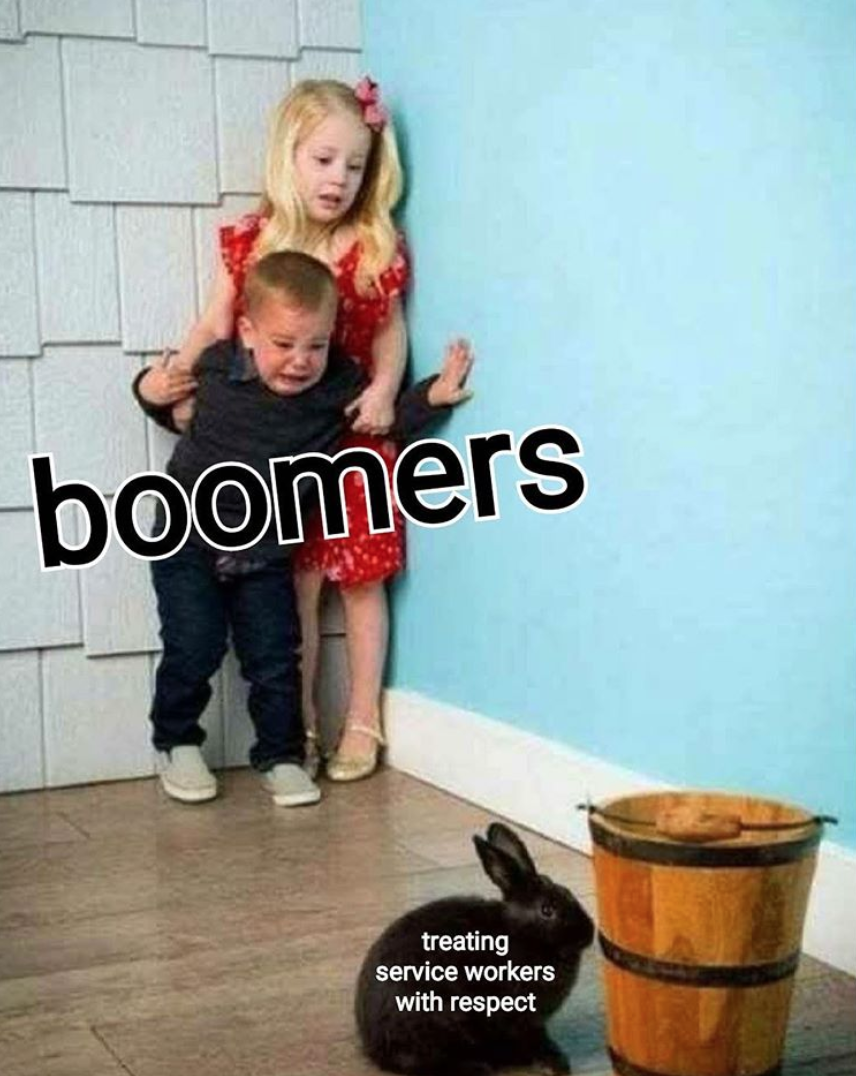 waiter: can I get you guys anything else?

waiter that wants a tip: pic.twitter.com/K445expLGF

yes finally a movie about defeating the baby boomers https://t.co/4TsHMOvNah

SENIOR YEAR (2022): three intrepid teenagers disguise themselves as baby boomers to get an education without going $40,000 in debt https://t.co/UOo9HqatKC

Every boomer knows someone who swears they saw a panhandler walk off their corner, take off their rags to reveal a three piece suit underneath and drive off in a jaguar