To All The Boys I Loved Before was one of Netflix’s breakaway romantic comedy hits, launching a lustful desire for Noah Centineo and, of course, a sequel. Netflix released the follow up of Peter and Lara Jean’s love story just in time for Valentine’s Day, which seems a little pointed. People out on actual dates probably won’t be watching, but everyone else immediately did, and their discourse has taken over the Internet.

Spoilers below, obviously, but this is a great list of To All The Boys: PS I Still Love You memes, tweets, and Tumblr posts to read immediately after watching the movie, when you need to process all your many emotions and no one is answering your texts.

Everyone’s mooning about their Peter Kavinsky and I’m just wondering how long it will take me to become Stormy. #ToAlltheBoys2 pic.twitter.com/OAW0gt6jCO 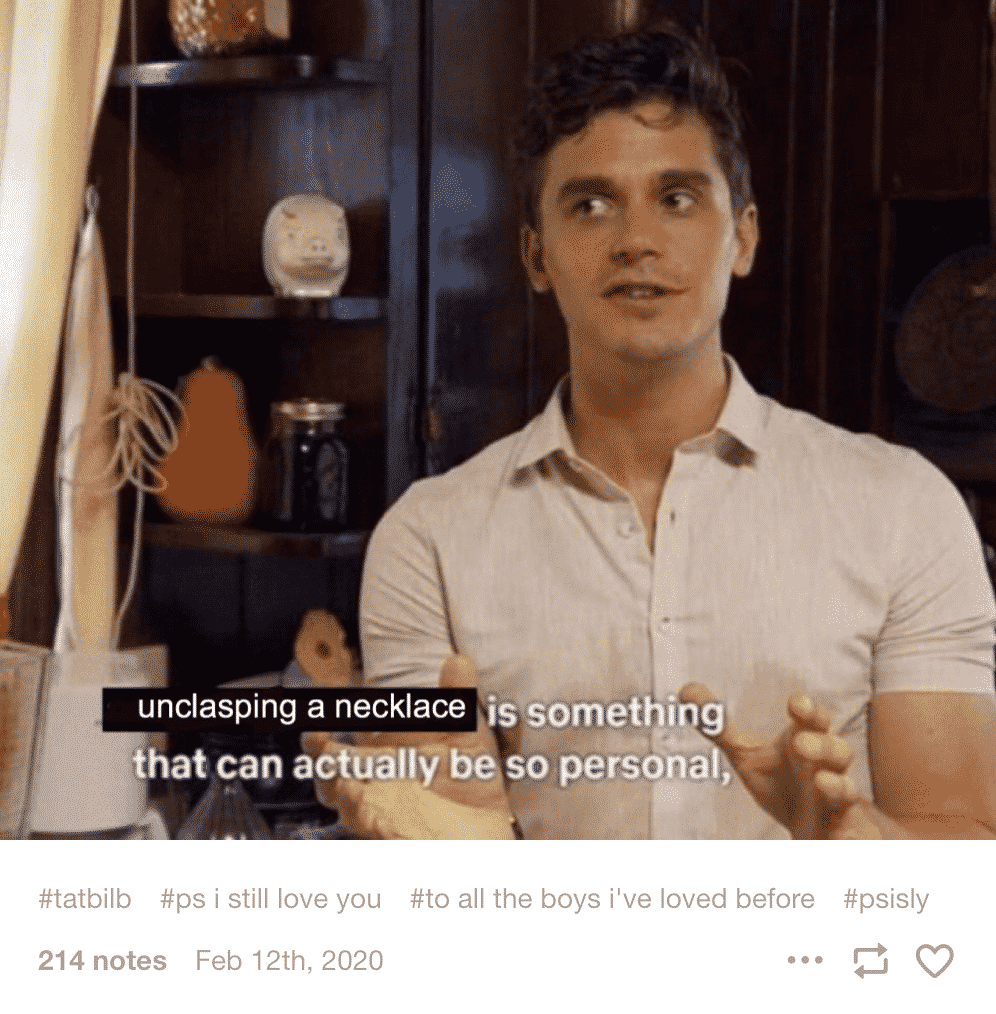 live footage of peter copying the poem from edgar allan poe to give to lara jean #ToAllTheBoys2 pic.twitter.com/STySQTB9QS

the way peter comforted lara jean after their fight when he hugged her and said “let’s never fight again,ok?” this scene is too soft ❤️ #ToAlltheBoys2 pic.twitter.com/b3zdAMBnkE

okay but that scene where john ambrose tells lara jean that she was the reason behind why everyone called him “john ambrose” whilst he was playing the piano #PSIStillLoveYou #ToAllTheBoys
pic.twitter.com/qdX1DMqZUx