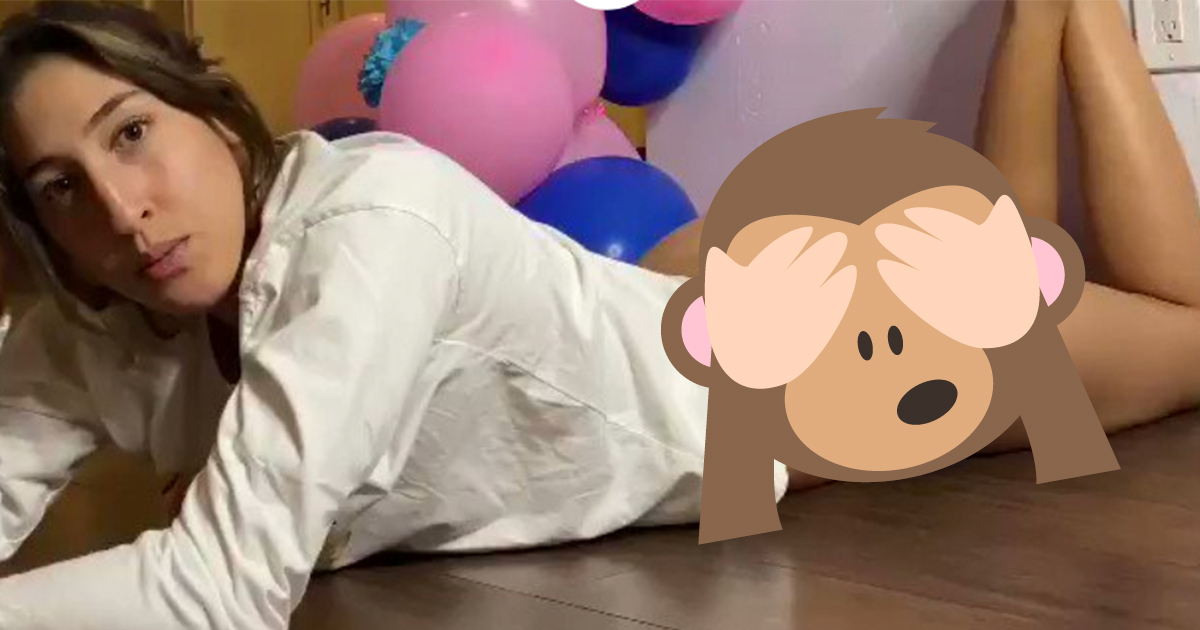 Gender reveals have been getting a lot of attention lately, probably because they keep getting more ridiculous and dangerous. If you haven’t crashed a plane, thrown a watermelon into a hippo’s mouth, or set fire to a national park, do you even know your baby’s biological sex?

It’s especially silly because any baby born in 2019 is entering a world where concepts of gender are much more expansive—who knows what that baby will identify as when it has the ability to speak and hopefully walk away from the parents who blew up a crate full of pink gun powder to celebrate them as a fetus.

With all the attention around gender reveals, it was only a matter of time before people started making fake ones. At least, we think this is fake.

Paige Ginn is a comedian who is famous for doing insane pratfalls. She’s great at falling down and making a mess and has been going viral for her videos for a few years.

And now she’s famous for the fart gender reveal.

In the video, Ginn does a fart gender reveal where she seems to toot out blue powder from her bare butt to the delight of her friends.

Ginn likes to make people laugh, so that might be the answer to all the questions here. or maybe she just wanted to end the tyranny of gender reveals so we can all be free again, and decided to come up with the most horrendous one she could think of:

All future gender reveals are cancelled.

Unfortunately, as incredible as this gender reveal is, for it to really be the worst, her butt cheeks would have had to have blown off and killed an onlooker or something. I don’t make the rules, I just know a gender reveal must mean carnage. A blue toot is child’s play.