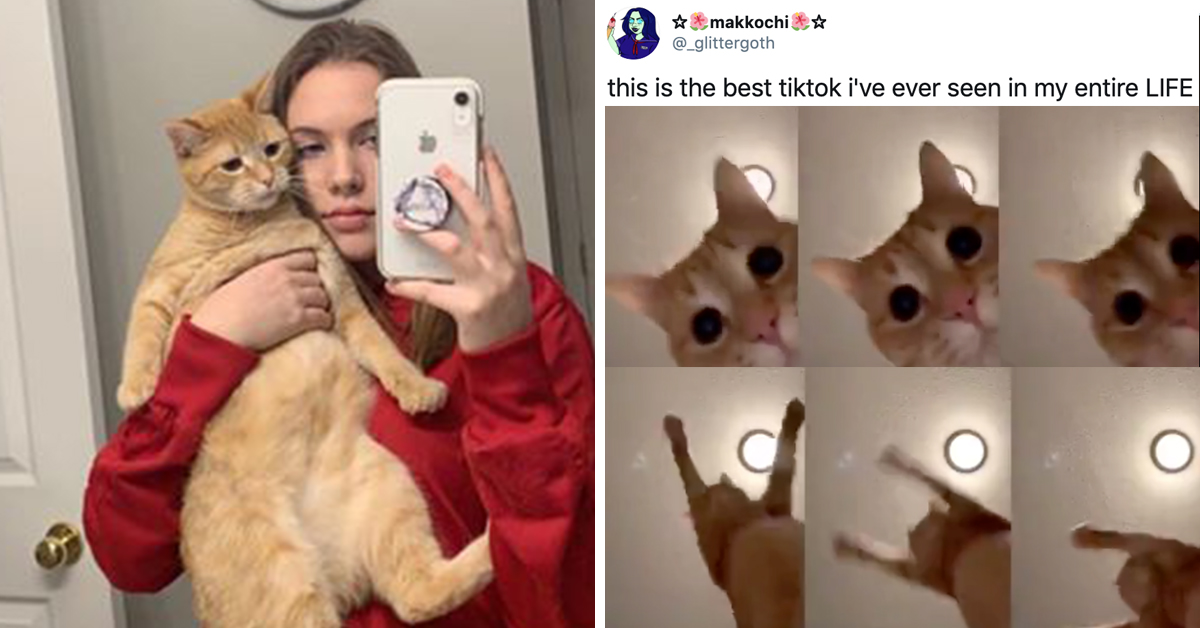 The Internet can be a pretty grim and horrible place. It’s hard to remember a simpler time when it was just cat videos and chat rooms where people could talk about anime. Those things still exist, but they’re surrounded by so much filth! Politics, Twitter, hate groups. It’s no longer a joy to log onto the Internet.  But the teens are here to save us. With TikTok.

If you don’t have TikTok, it’s basically an app that syncs sound to video, so people can make their own little music videos or homages and share them with friends. Occasionally, one of these videos is so good, it goes viral and even people who don’t use TikTok will end up seeing it somewhere.

That’s what happened to 17-year-old Jade Taylor-Ryan and her cat Ed. Ed is named after Ed Sheeran, according to an interview Taylor gave to Buzzfeed News, because they have similar hair. Don’t tell Sheeran that.

Anyway, this is the TikTok video that Taylor-Ryan made with Ed’s patient help:

Why is it so hypnotizing? Maybe because Ed’s little paws clap so perfectly on rhythm, maybe it’s because of his goofy face glancing at the camera at key moments. Whatever the reason, everyone wants to stare at this video over and over.

It’s had almost 7 million views and millions of likes. It’s also been shared a bunch in viral tweets on Twitter:

Taylor-Ryan didn’t come up with the idea entirely on her own. TikTok videos featuring the classic “Mr. Sandman” have been circulating for a while, beginning with popular TikTok star Enoch True. They made it into something of a meme:

Another TikTok queen, Alanna, also used the song in her own video:

But both of them have been blown out of the water by Ed and Taylor-Ryan. There are also lots of copy-cats (and dogs):

k but what about this one of my pup pic.twitter.com/t4tZdBgh8x

Please, folks. Be gentle with your furry assistants. They don’t know what viral fame is. Give them lots of treats in exchange for being good boys and girls as you ride your way to the top of the TikTok charts.

And thank you for sharing. The Internet needs this.