It could have been a dick pic—but turns out, it was nerd love. That’s the story Elizabeth Howley is telling in a viral tweet about how she ended up meeting her husband.  While on Tinder, Howley met a guy who offered to send her a picture of his “Gundam.”

“I’m bitter and not straight and I was like, oh man, this is going to be some kind of euphemism,” Howley told BuzzFeed News about her fear that she was about to get an unsolicited dick pic.

Howley and the “Gundam Guy” matched based on her bio, which said “buy me anime figures and let me cuddle your pets.” They had been chatting for a while before the worrisome word was dropped (Gundam is an anime franchise featuring giant robots).

Howley initially tweeted about the “Gundam” back in 2016. The tweet speaks volumes: 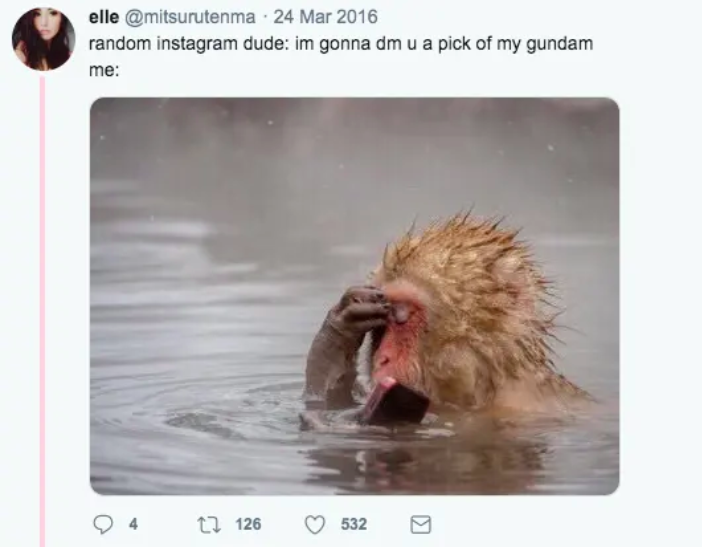 Well, it wasn’t a dick pic after all. In fact, it was actually a Gundam—and a really well-constructed one at that. 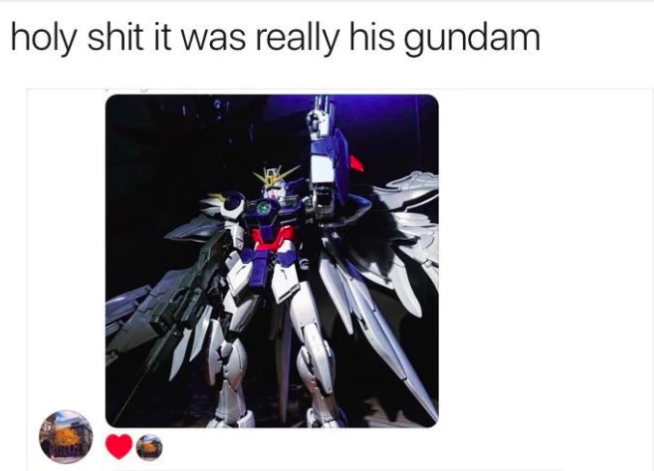 Social media users because very interested in how the relationship with Gundam Guy, as he became known, was proceeding.

“today i met the gundam guy in person by chance and idk man i might marry him” Howley tweeted. 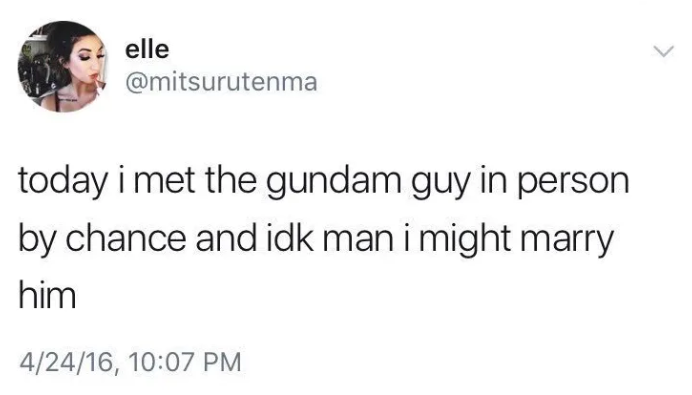 Reader, she married him. 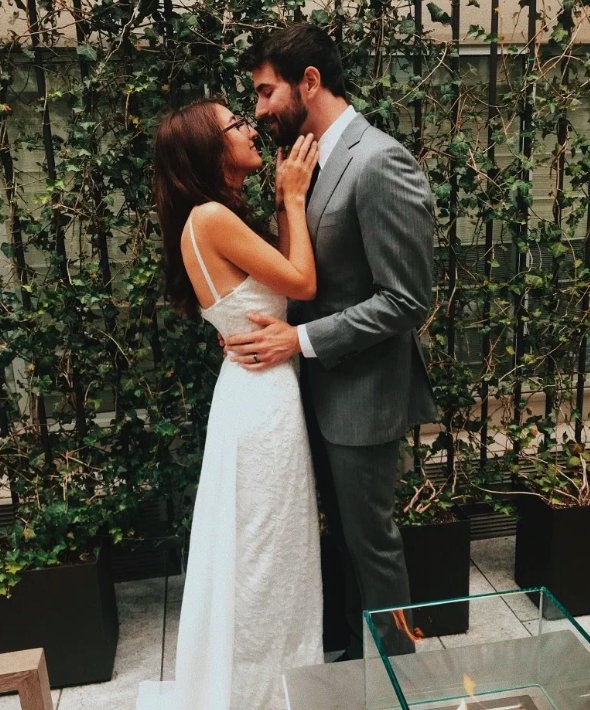 Gundam Guy, whose actual name is John, married Howley in San Francisco on August 1 in an intimate ceremony. Howley recapped their marriage journey on Twitter.

“i’ve never been so happy to have been right about something in my whole life,” she wrote.

i’ve never been so happy to have been right about something in my whole life pic.twitter.com/rgNamiY0iE

Howley explained that she and John eloped because partially because they couldn’t wait, but also because she is suffering from endometriosis and hopes once she is on her husband’s health care plan, she can get the help she needs.

*casually slips this in bc i’m suffering* so we eloped because we can’t wait to be married, but because our plan is to get me on his health insurance which will allow me to see doctors in NYC – but i’m too sick to work, and he doesn’t make enough. https://t.co/H21bw3wtQl

She also noted that there will be a bigger wedding in the upcoming year, complete with “gundam Essence sprinkle throughout.”

we are having a wedding celebration next year and yes, there Will be gundam Essence sprinkled throughout

Let this be a lesson: most euphemisms for dick pics are indeed what they seem to be. However, every so often you might find a sweet nerd who just wants to share his love of anime and craftsmanship.

And, THAT’S the lesson to take away from this, fellas! That is how you slip in some DM’s. Thank you!