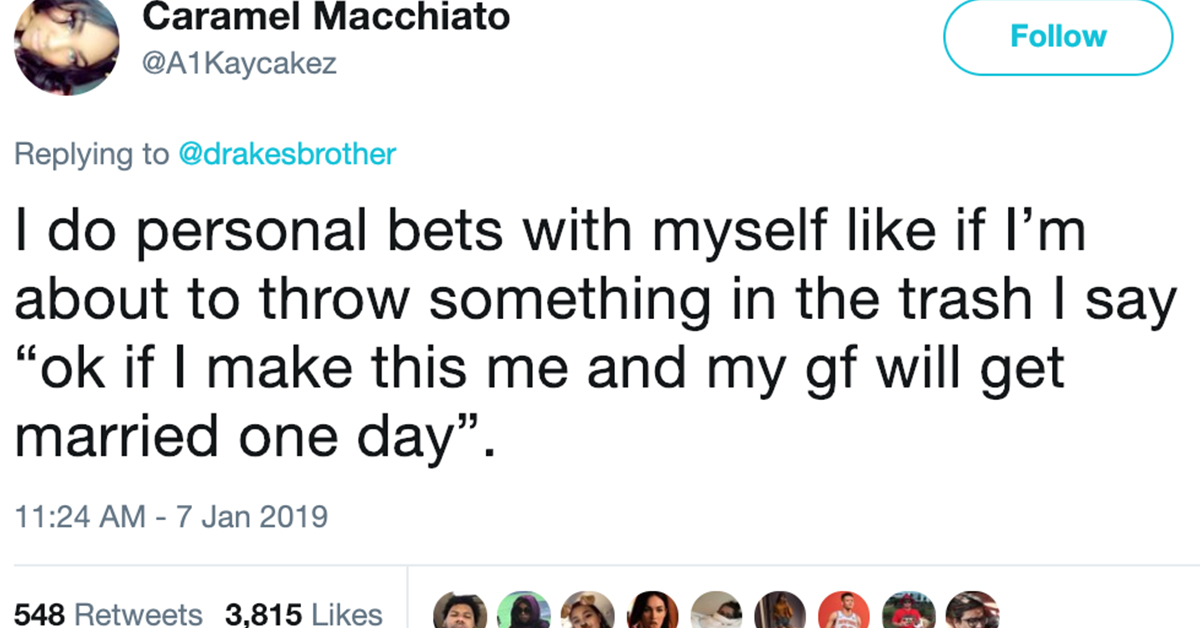 The confessions were, in fact, weird. Really, really weird. But what’s striking is the common thread running through all of them. They’re universal.

Sure, you probably won’t relate to every single one of them. But odds are, you’ll read a good many of them and be like, “wait, what? I thought that was just ME!” If anything, this thread proves that we are all equally psycho, OCD, neurotic, what have you. It’s comforting, in a strange way.

When I’m driving and I see the person behind me switch lanes & speed up, I do the same so they can’t go infront of me

All doors and closets in the room gotta be completely shut when Im sleeping.

I'm scared to use a flashlight at night because I feel that it's going to land on some weird monster/humanoid creature thingy and that's how I will die pic.twitter.com/gK2oD4BwMw

Since my first bf and I didn’t lose our virginity until we were 18 (started dating at 14)…I gave him a LOT of BJ’s.Sometimes it tasted awful,and he said “it can’t be THAT bad”. So I had him 💦 into a dixie cup and made him drink it lmao. My nickname has been “Dixie” ever since.

I constantly dance to music, no matter what kind I'll move some part of my body. If no music is even playing I'll move to the song in my head.

I think of emergency/escape plans for every room/building I walk into for a variety of situations (public shooter, terrorist attack, natural disaster, etc.)

When I’m listening to music in public, I can only have one ear bud in my ear at all times. I need to be aware of my surroundings. I only put both in if I’m on a bus or plane.

If I’m home alone & I vacuum or play loud music, I pause it very frequently to make sure I don’t hear anyone breaking in.

I pay attention to numbers and patterns a lot, and accidentally memorize them. I’ll be driving and read the license plate in front of me and it will be stuck reciting in my head all day

Me driving- "I could floor it and swing into the guard rail."
Other me: o.O
Me: "Lol I mean change the radio station! :)"

I had no idea sitcoms where taped n front of live studio audiences. So When i used to watch shows & heard people laughin, i thought it was the rest of the whole world at home watching & laughing into their tvs, so i used to laugh xtra hard right into the speakers .

I do personal bets with myself like if I’m about to throw something in the trash I say “ok if I make this me and my gf will get married one day”.

everytime i get in my car, i make sure i check the backseat because i dont wanna get choked out from behind

sometimes i find the floor much comfier than my bed. i just be laying on it for no reason even tho my bed right there

I hate complete silence it’s too loud . Only a few will understand but the quieter it is the louder it seems. It’s an ugly noise when it’s dead silent