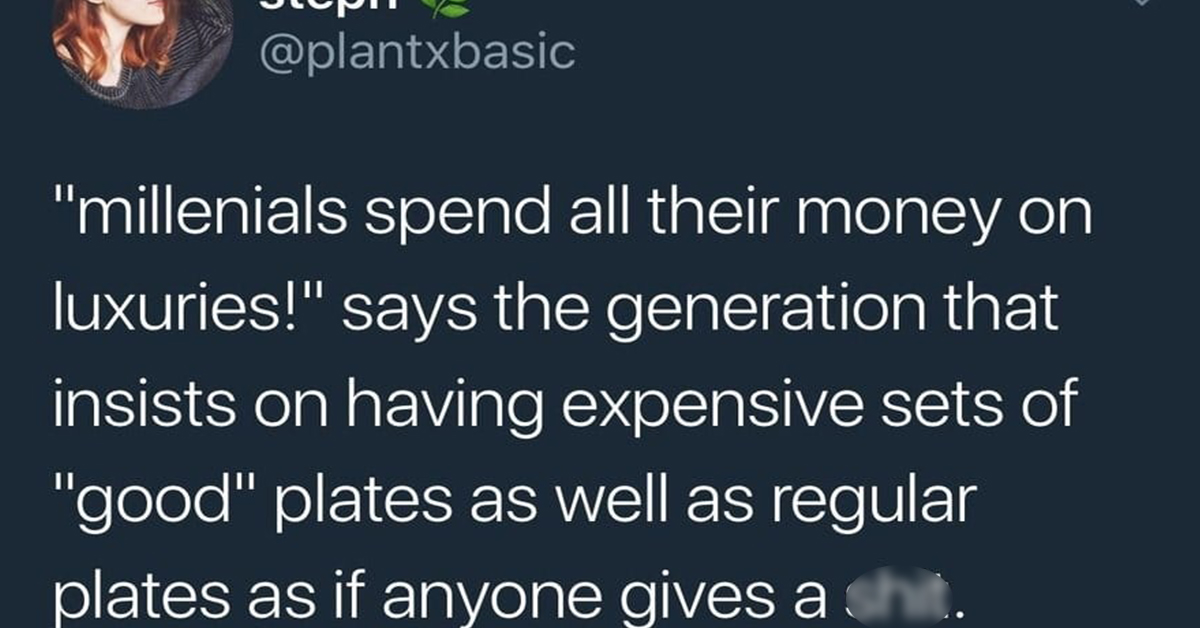 Every year, millennials kill an unprecedented number of…things. Millennials have become the infamous scapegoat for every dying industry, from breastaraunts to mayonnaise napkins.

The reasons for their many massacres are multiple: they have the money, but would prefer to spend it on avocado toast rather than Applebee’s. They are entitled, expecting high-paying jobs without putting in even the minimum amount of work. They are lazy and godless, refusing to buy homes or raise children, choosing instead to live out of their parents basements while doing everything in their power to not get sick.

Naturally, (almost) all millennials know this is both insane and wrong. The reason millennials don’t buy houses is because they can’t—they’re too broke. Besides an unwillingness to expose extra humans to a beyond-broken world, this is also why many choose not to have children. Also, health insurance. We don’t have it.

But millennials didn’t just ruin whole industries and “traditional” ways of life in 2018. They ruined so, so much more.

1. When they chose plants over houses and kids:

2. When they dared to want health insurance:

3. When they were too poor to buy a house:

4. When they were too damn broke and unappreciated:

5. When they were selfish enough to want payment for their work:

6. When they were too rude to open the door for strangers:

7. When they decided getting wasted wasn’t worth it:

8. When they refused to make retail workers’ lives a living hell:

9. When they didn’t gaf about plates:

10. When their privilege went TOTALLY unchecked: