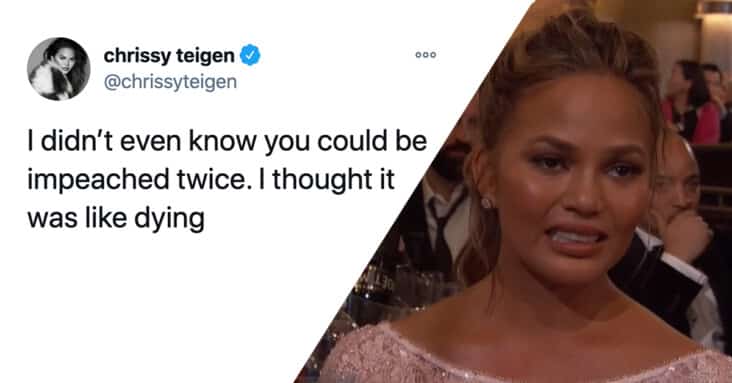 For the first time in US history, a president was impeached twice. It’s the first time in a long while you can actually use the word “unprecedented.” It is. Donald Trump is the only person in history to be such an annoying human being, enough people agreed he should never hold office again.

For context: the last time people hated someone as much as they hate Trump was probably when Barack Obama was president. That’s because the United States has utterly lost its mind. Anyone who’s in charge will draw the ire of one political party. But, rarely does the president anger other elected officials in Washington so much that they feel he needs to be removed.

In fact, only three presidents have been impeached. Ever. And one, Bill Clinton, was impeached because one lady liked him too much. I’m kidding. He was impeached for being a Clinton. People really don’t like the Clintons, it seems.

Trump, though, is the first president to learn nothing from his first impeachment, and continue being a blowhard. Many people had something to say.

Here’s how the stars reacted to the news that President Donald Trump was impeached a second time:

Trump will have the legacy of doing a really great job of getting impeached. Better than any other president. That’s a perfect biggley accomplishment!

What an exhausting, sickening, distracting waste of 4 years.

House Impeaches Trump for a second time. Trump has made history as the only president who has been impeached twice. https://t.co/ivx5rvehFQ

For a guy who loves to turn everything into a brag, Donnie, you must love that you’re not only the first president impeached twice, but also with the most bipartisan majority! That’s like winning the Oscar and the Golden Globe of fascism!

Today feels like a good day to #RemoveTrump. Yesterday would have been better, but today will do.

Please stop asking me about politics. We all see it.

I didn’t even know you could be impeached twice. I thought it was like dying

I been told yaaa pic.twitter.com/FtZYlJKEbe

To the 10 Republicans who chose Country over Party, thank you. To the others, you are the problem, not the solution. https://t.co/vPfd6dSIou

When one impeachment won’t suffice,
Damn his new crimes- impeach him twice!#DarnOldDonald pic.twitter.com/LVDfyAopai

A flesh wound requires far more than a bandaid. Impeachment should have been a thundering bipartisan statement. That so many Republicans parrot the big lie that this election was stolen, threatens future violence. These past 4-plus years demand a reckoning with reality.

Some Republicans Are
So Afraid Of Voting To Impeach trump They Were 😥.
The Second You Go Against trump,You’re a
Target 🎯

Mood when the President is being impeached AGAIN: pic.twitter.com/GMdylpbv7d

In the last year, I’ve eaten in a restaurant fewer times than the president has been impeached.

I do believe most people deserve a second chance— that’s why we’re giving Donald Trump another shot at impeachment.

Seth Rogen, who had a lot to say about the riots, correctly ignored this news. He is too busy to care:

There you have it. The stars. They’re just like us. They hate stupid people being all stupid.