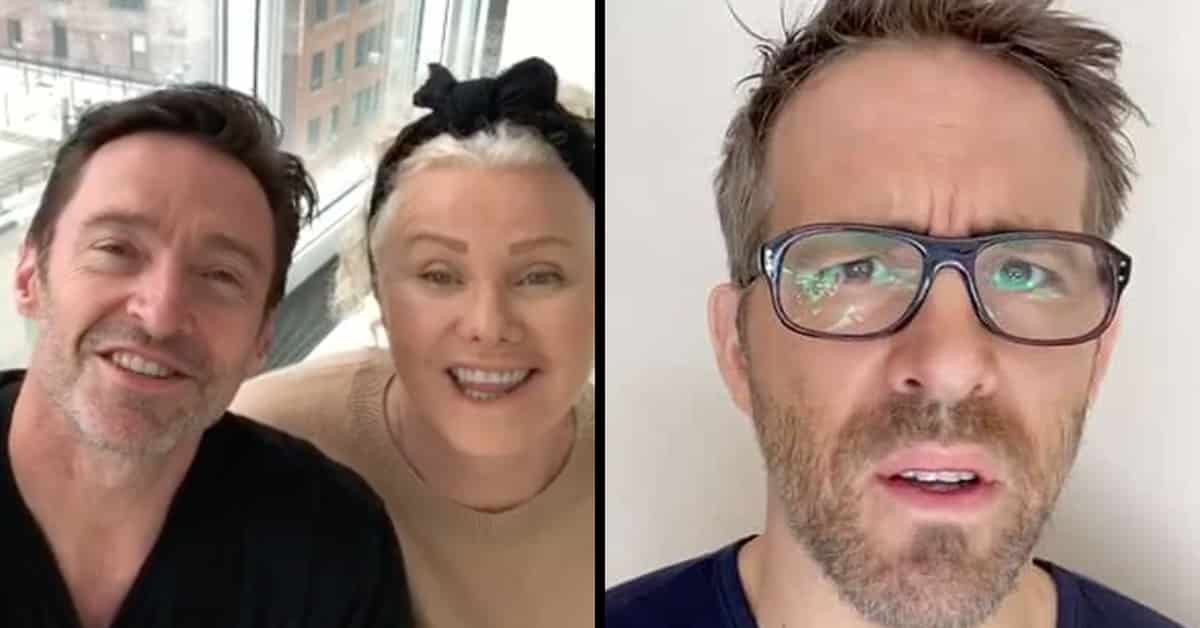 The relationship between Ryan Reynolds and Hugh Jackman is a source of entertainment for all. They’re either best friends or worst enemies. Maybe it’s all a publicity stunt because they know how much their fans delight in their constant online feuding. They really DO hate each other and must pretend to only playfully hate each other for the content.

Nah. No one could mean to you this way unless they really liked you. The most recent example came this weekend when Hugh Jackman posted a picture of him with his wife of 24 years, writing in the caption:

These 24 years have been the best of my life! And, as far as I can see, we keep getting better. I love you Debs with every fiber of my soul. Happy anniversary. #24

Is it better or worse than the time Hugh Jackman mocked Reynolds by suggesting he couldn’t drum? (weird flex, but okay)

What about when Reynolds responded by flipping the bird at Jackman on his birthday?

Jackman did post that rude missive on his own Instagram, so he must have liked it. The two have tried to call a truce before, but it didn’t take long before it fell apart:

Jackman promised to make an ad in support of Aviation Gin, and it didn’t go as Reynolds expected:

And things haven’t calmed down since:

How has it been 3 years? I know how I’m celebrating. #Logan pic.twitter.com/N48J1Ckd1c

Keep going, fellas. This is the conflict we need: two hot guys teasing each other.