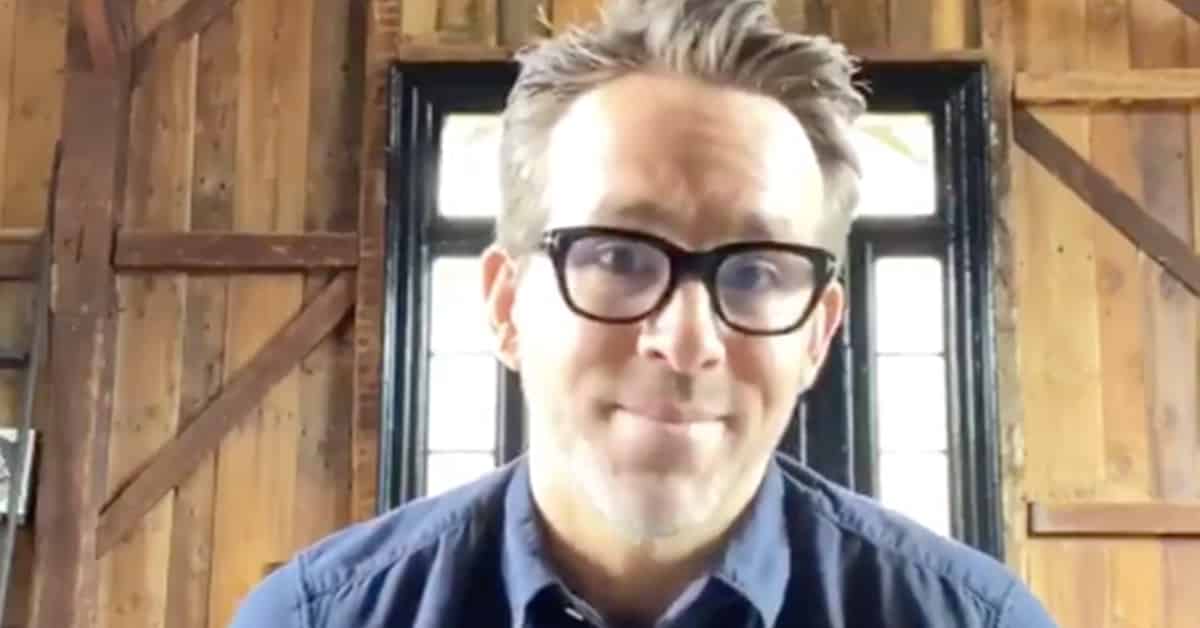 It’s a difficult time and everyone is wondering what they can do to fight the spread of COVID-19. Staying inside is basically the only thing, and it’s proving hard for many who are worried about being able to provide for their families. It’s also hard for celebrities, who are receiving far less attention than normal. They’re freaking out.

Instead of maybe donating a million dollars for press, some celebrities have opted to post about how annoying it is to stay inside or sing earnestly into a camera. People have not appreciated these gestures as much as the celebs hoped.

One celebrity has noticed the lack of public approval: Ryan Reynolds. And he wants to remind us all where our priorities should be. In a video on Twitter, Reynolds said to fans, “I think in times of crisis, we all know that it’s the celebrities we count on most. They’re the ones that are going to get us through this.”

Then he thought about it and continued, “Right after health care workers, of course. First responders, people who work in essential services and ping pong players. Mannequins, they’re great. Childhood imaginary friends, sure. Like 400 other types of people.”

Another important message from an important celebrity. Let’s spread the word not the virus. I happily nominate, @stevenpage @Sethrogen and @TerryR49776917 #PlankTheCurve #StayAtHomeSaveLives pic.twitter.com/IRJNI9Y6G9

Looking great, Seth! He also tagged a few more Canadians, like Shawn Mendes, Lilly Singh, and Jay Baruchel. Damn, who knew there were so many Canadians in show bizz? Baruchel quickly took up the “challenge.”

Folks are really appreciating the message:

I’m totally set for awhile! I am having a Ryan Reynolds movie marathon, also going to totally cleanse my body of all the misery of sitting through Green Lantern again with some @AviationGin cheers 🥂 🍸 🇨🇦 #quarintine #stayathome pic.twitter.com/QiKbEf1Cr0

Or maybe they’re just happy to not get another off-key John Lennon cover.