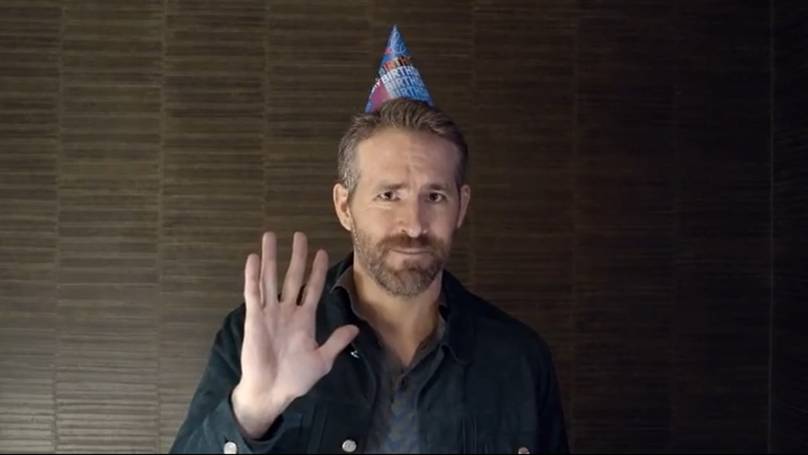 Ryan Reynolds and Hugh Jackman have a long history of trolling each other on social media. Thought Reynolds is currently famous for the red-suited iteration of Deadpool, that character originally appeared in a Wolverine film. Though people are happy to forget that mouthless, tattooed monstrosity, the bonds of their relationship have not faded. It just seemed fairly contentious.

Jackman is currently touring because he isn’t just an action hero. He’s an incredibly talented dancer and singer and….everything. He is performing songs from The Greatest Showman, Les Misérables and more.

In a clip from a recent show, he finishes what appears to be a drum solo (is there anything he can’t do?), then crouches in a Wolverine pose with the drumsticks as finger knives. That sentence is insane, but fans will get it. Then Jackman stands and says to the audience, “Let’s see Ryan Reynolds do that.”

He’s 51 years old, which is wild because he is still one of the most beautiful men on earth. Reynolds made a video to wish his frenemy a blessed year, but things go south pretty fast.

Reynolds appears on camera in a party hat, looking a bit grizzled and sad. Then he says, “Hey Hugh, I was just going to wish you a happy birthday, then I saw what you said. In a word: hurtful.”

He exits briefly, but returns to sing a fairly good rendition of “Happy Birthday.” He’s no Jackman, but he can carry a tune. As he finishes, he erupts, saying, “And I’m not even f*cking professionally trained, Jackman, you piece of sh*t.”

Then he flips the bird. I assume, it’s blurred out.

The message is posted to Jackman’s Instagram, along with a clip of his first volley. Jackman captioned it with, “At first I thought – Ugh, now I have to actually apologize. But then …”

Seems like the feud has been reignited. Two superheroes enter. Only one will win.