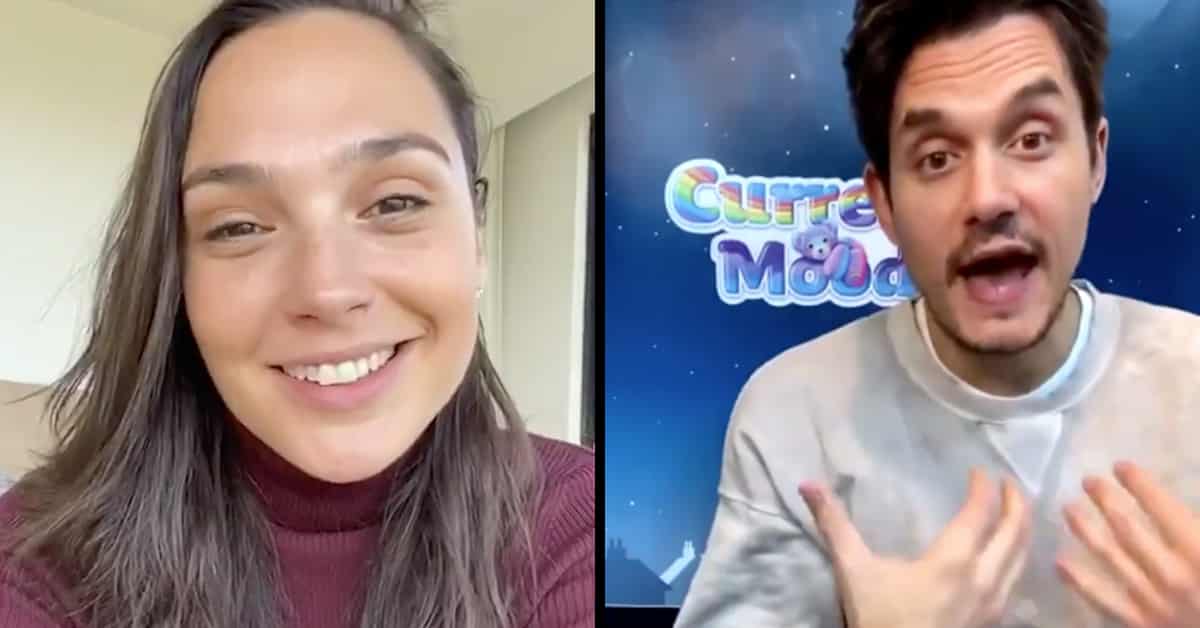 Last week, Gal Gadot and a collection of assorted celebrities who seem to be on some sort of group text thread created a Frankenstein version of John Lennon’s “Imagine” to comfort the sad, sick plebes. If the song has been accompanied by a monetary donation, it might have been tolerable. Without that, it can only be described as “cringe.”

The Internet had a fun time mocking the out of touch celebs, even other celebs. Without much else to do in our homes, everyone is a target.

No politician can unify people in the way that the “Imagine” video seems to have united every single person against it.

me closing the gal gadot video out after the first lyric pic.twitter.com/SuXXz3YlNE

The latest person to step up and risk making things awkward at the next Met Gala is musician John Mayer, who posted a video to Instagram about the PR debacle.

After describing the video (in case anyone somehow missed it), John Mayer says, “I have to come clean about something. They actually asked me to be a part of this, and I totally misunderstood the assignment. I thought they wanted me to sing ‘Imagine’ by Ariana Grande, from her 2019 smash-hit album, Sweetener.” Then he shares a “cut” of the video with him included.

i’m like actually losing my mind over this video John Mayer made. my king pic.twitter.com/2TBRf9znJW

“No hell below us,” croons Jamie Dornan.

Then cut to John Mayer singing, “Me with no makeup, you in the bathtub, bubbles and bubbly ooooooh.”

Everyone seems to agree that this is a version of celebs yodeling in their mansions that they’d actually to see:

john mayer is one of the funniest humans alive, consistently https://t.co/4bFgTMbs3Z

The best part about this is that John Mayer is telling this story on a show he hosts for Lisa Frank.

He did what was right https://t.co/RTfsfs9hEZ

This is a lot better than the original one they posted! Everyone would’ve been happy 😂

In a way, Gal Gadot did bring everyone together. Plus, we just can’t stop talking about her, which is probably what she really wants anyway!