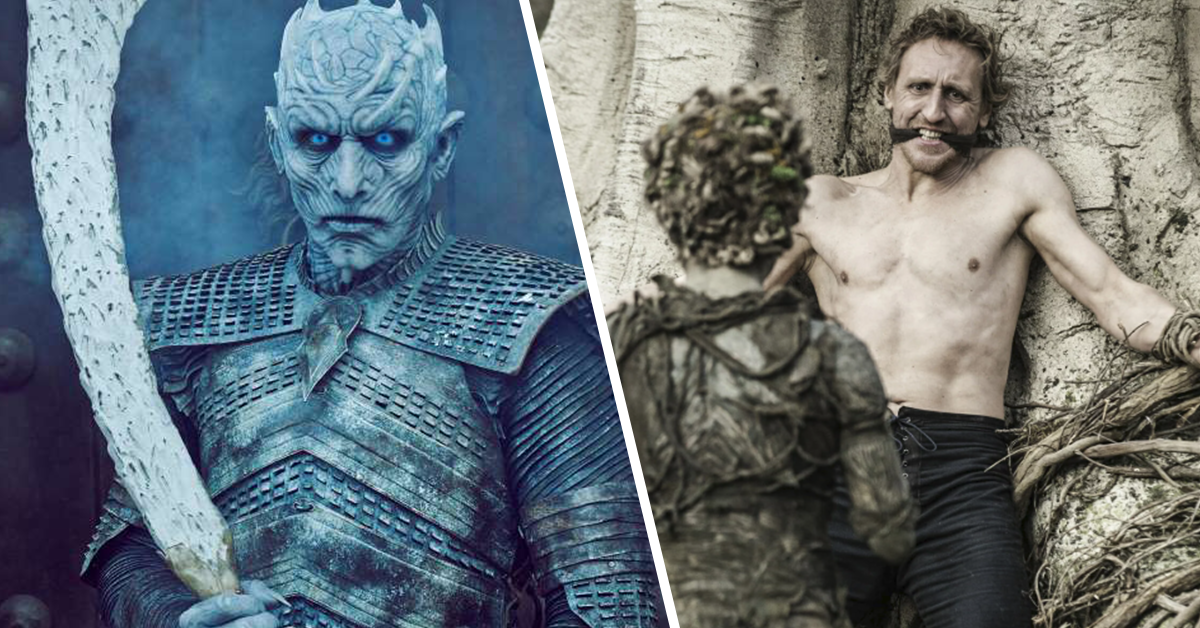 The very first scene in Game of Thrones introduces us to the undead terrors that are the White Walkers and throughout the series, we’ve slowly learned more and more about them—though mysteries still remain even after the Battle of Winterfell and their subsequent defeat.

When Arya plunged her dagger into the Night King and caused him, the other White Walkers, and the wights to either burst into shards of ice or crumble into lifeless corpses, she ended the existential threat that had been building for years. Many of us sat on our couches, looked around and asked, “is that it?” Surely this “Great War” that had been prophesied for a nearly a decade would be the climax of the series, rather than a big battle before another, seemingly more important battle with Cersei.

It was hard not shrugging and asking what the point of the White Walkers and the Night King was to begin with if they weren’t going to be the main focus of the show.

The thing is, the White Walkers were never the main point of Game of Thrones. This was the first time they had appeared in 8,000 years and it turns out they were defeated back then too. So, to really understand what their defeat at the hands of Arya really means, we need to go back and ask ourselves a few questions. For consistency’s sake, we’ll be staying solely within the realms of the HBO show instead of the books, as there are several differences that can be confusing.

So, what are the White Walkers?

The White Walkers, through various means of origin, were once mortal humans that were twisted through dark magic into beings of ice cold flesh with piercing blue eyes. Each White Walker is able to raise their own personal host of wights, which are essentially zombies that are made by magic instead of a virus or disease. Though the number of white walkers isn’t known, they all originate to the first White Walker known as The Night King (more on him later.) The Walkers are at least 8,000 years and were created in a time when magic and magical creatures were far more common in the world.

Where did the White Walkers come from?

In short, the White Walkers were created by Westeros’ original inhabitants, the Children of the Forest. In Season 6’s “The Door,” Bran sees a flashback thousands of years in the past of the Children binding a man to a weirwood tree and plunging a dragonglass dagger into his heart, transforming that man into the very first White Walker, who would later be known as The Night King. The Children admitted to creating the White Walkers as a weapon to be used against The First Men, who had just arrived in Westeros and were cutting down forests and destroying the civilization that the Children had built.

Unfortunately, The White Walkers sort of spun out of control of their masters and began killing the First Men and the Children indiscriminately. Whoopsies!

What was the Long Night?

8,000 years ago, The Night King and the White Walkers marched south for the first time, in an event that became known as “The Long Night.” Whether because the Walkers caused it or it was coincidental, it was the longest, coldest winter ever known and they used this cold to travel farther south than ever before (the Wall had not yet been built at this time.)

In Season 1, Old Nan tells Bran a scary story about The Long Night.

“Thousands of years ago, there came a night that lasted a generation. Kings froze to death in their castles, same as the shepherds in their huts; and women smothered their babies rather than see them starve, and wept, and felt the tears freeze on their cheeks. In that darkness, the White Walkers came for the first time. They swept through cities and kingdoms, riding their dead horses, hunting with their packs of pale spiders big as hounds.”

All seemed lost for the First Men and the Children, until a legendary human known simply as the “Last Hero” rode north to make an alliance with the Children of the Forest, who supplied the united armies of humans with dragonglass to beat back the White Walkers. Inch by inch, the First Men and the Children fought the White Walkers and drove back into the far north. It was there that Bran the Builder, who would go on to found House Stark, raised The Wall with the help from the magic of The Children.

What’s particularly interesting is that The Long Night was not an event that only affected Westeros. In Essos, the shift in climate froze the Rhoyne River solid, which devastated the population. Even in the furthest East, in the Chinese-inspired land of Yi Ti, the Long Night brought about the “Lion of the Night,” a demon made of cold and death who was defeated by a legendary hero similar to The Lord of Light’s Azor Ahai.

What are the White Walkers trying to accomplish?

So, what are they trying to accomplish? If we think of The Night King and White Walkers as killer robots, it may help explain their purpose. They were, after all, originally “programmed” by the Children to destroy mankind. Maybe the Children weren’t specific, or their magic glitched, because the White Walkers quickly shifted to trying to destroy all life and bring about an endless winter. As Bran revealed in Season 8’s “A Knight of the Seven Kingdoms,” the best way of them accomplishing that goal would be to permanently kill the Three-Eyed Raven, who has always been the keeper and protector of mankind’s memories and history. Killing him would reduce mankind into little more than animals.

In Season 6’s “The Door,” Bran is touched by The Night King, who leaves his mark on Bran’s wrist. This mark eliminates any protective magics of the Children, which is why the Night King and the wights swarm the cave of the Three-Eyed Raven shortly after. The same magic existed in The Wall, and when Bran moves south of the Wall, it allowed The Night King to destroy the Wall with undead dragon fire.

However, the Night King failed to kill Bran. He and all the other White Walkers were wiped out by Arya’s knife trick and Westeros is now safe from the White Walkers forever. But, are they? Can evil and death ever truly be defeated? Are the White Walkers a cyclical entity that will just come back in another 8,000 years? It’s hard to say. After all, everyone in the first half of the series kept repeating the same story that the White Walkers had been defeated thousands of years before too.

Game of Thrones is an interesting series. It has subverted our expectations time and time again. We all thought Ned Stark was too important to die, that Robb Stark would get revenge on the Lannisters, that good things happen to good people and the wicked get what’s coming to them. We were trained to believe that the Night King and the White Walkers were the end all, be all of the series and, while they were a huge threat, they were no different than a particularly deadly storm that passes, only to loom again in some distant future. The real threat lies to the south, with Cersei, Euron, and their 20,000+ strong army (minus elephants).

Fortunately for our favorite characters, it doesn’t seem like they need to worry about the Night King any time soon.