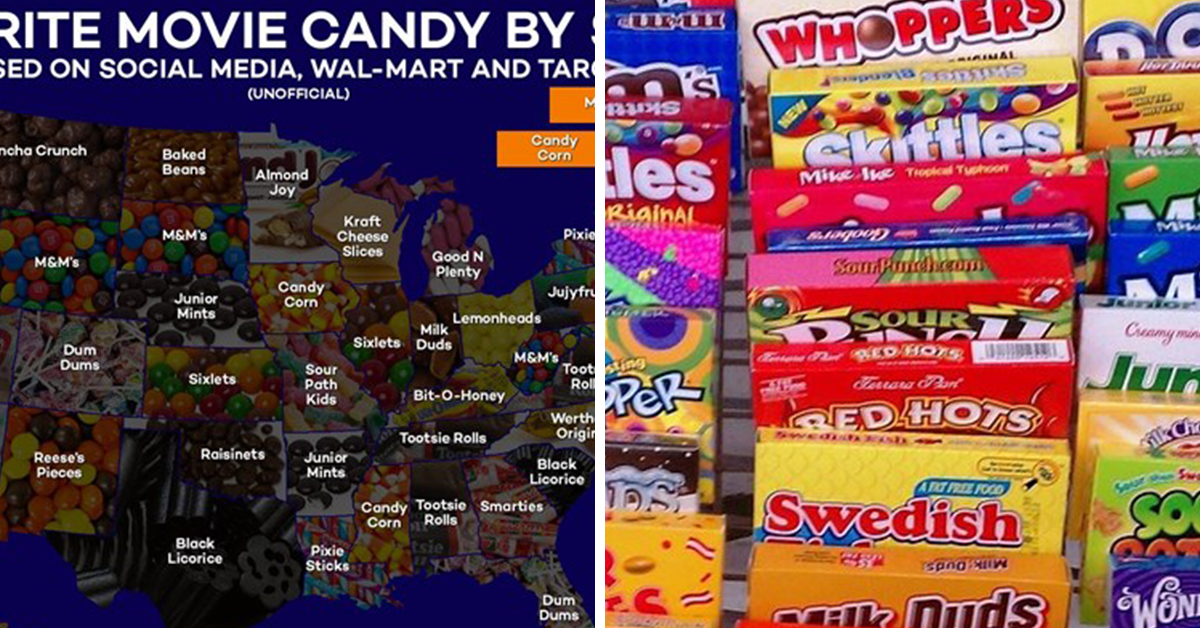 The best part of going to the movies is definitely the snacks. Sure, going to see something good is fine and all, but for most of us, it’s all about the food. Popcorn, ice cream, hot dogs, candy—you name it, we love to eat it. But a new map of every state’s favorite candy is causing controversy.

What are the most popular movie theater snacks in every state? A new map circulating around Twitter revealed just that. 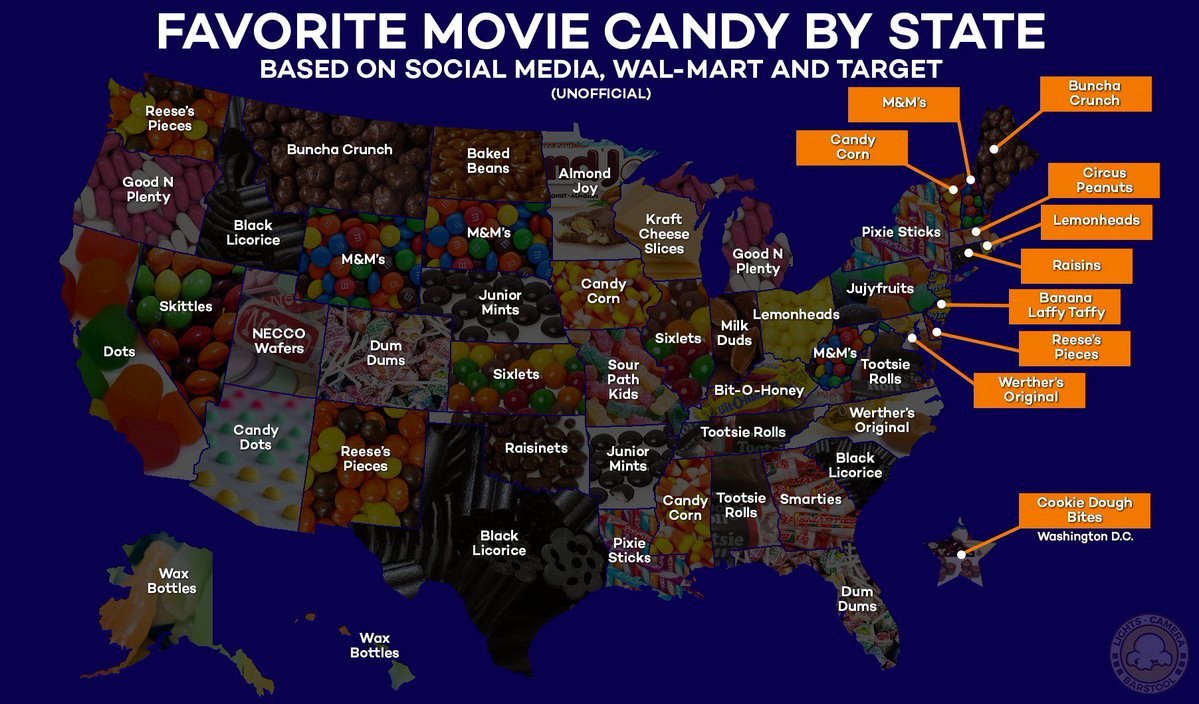 The unofficial map gathered data from social media as well as Walmart and Target, though it’s unclear what parameters they were using when collecting this info. However, the resulting map did give us an interesting if sometimes bizarre look into what people seem to like eating when heading to the movies in every state.

As we head into October, here’s a great breakdown of every state’s favorite movie candy!

Some classic candies made big appearances, with Reese’s Pieces being the choice for people in Washington, Delaware, and New Mexico. Meanwhile, people in Vermont, Wyoming, South Dakota, and West Virginia prefer M&Ms.

Apparently Necco Wafers, which unfortunately aren’t even made anymore, are somehow the top choice in Utah, while Texas, Idaho, and South Carolina prefer black licorice.

While there were some weird ones on here—Hawaiians and Alaskans have wax bottles as their favorite movie theater candy and Connecticut apparently just likes raisins—perhaps the most perplexing and clearly (hopefully) inaccurate is Wisconsin’s love of eating Kraft cheese slices while checking out the latest blockbusters.

We know Wisconsin loves cheese and all, but seriously? Who whips out oil-laden “cheese” slices at the movie theater… or at all? You live in the cheese capital of the United States! You can get the real, delicious stuff easily and probably pretty cheaply! This can’t possibly be right… right?

The map, which is admittedly totally unofficial, drew some pretty intense responses from Twitter users who mostly completely disagreed with their state’s choices. To be honest, I can’t say I blame them. I’d be pretty upset if my state’s favorite movie theater candy was circus peanuts too.

I’m from Ohio and I never heard of lemonheads ¿?

Ive never in my life, seen or even heard of anyone eating a tootsie roll. Inaccurate af.

Circus peanuts? Nobody eats circus peanuts. Movie theaters don’t even sell them!
Somebody made this up. It’s not real.

Bottom line? Get your snack life together, America!