As Game of Thrones heads into the final act of its last season, people are obviously hyped for the next episode.

With millions of viewers watching every Sunday night as the new episode airs, it’s only natural for the immediate aftermath to be filled with online discussion, debate, theory-crafting, and of course, memes.

However, plenty of people have expressed their ire at folks openly discussing the events of a just-ended episode and, while I can certainly empathize with their frustrations, they are wrong.

And they’re being total dicks. 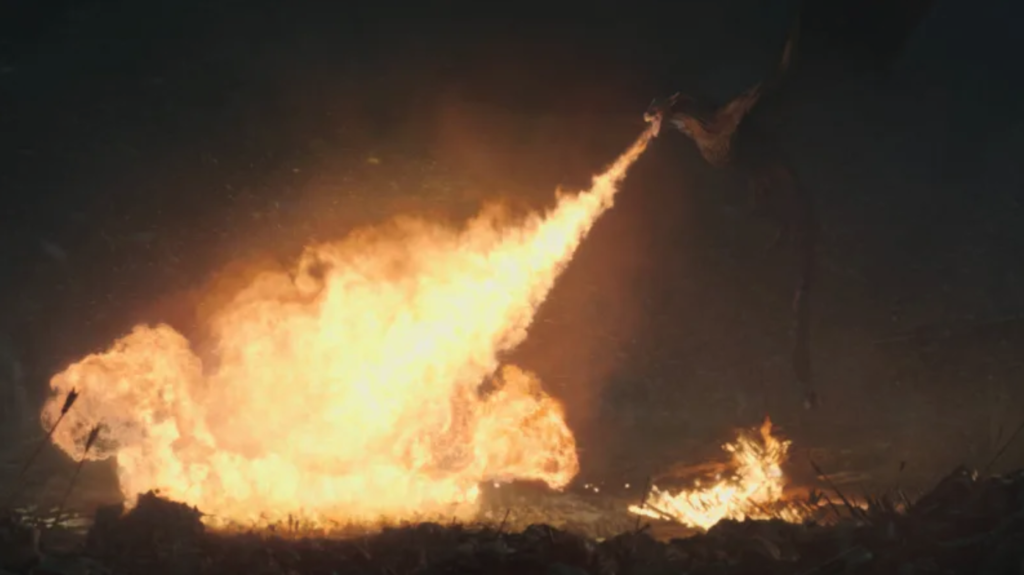 Like it or not, Game of Thrones is a live-event spectacle and social media is part of that spectacle.

Part of what makes Game of Thrones such a cultural phenomenon is the way we’re all interacting with it. Few shows in history have ever garnered the same off-air discussion and those who whine about this discussion just because they haven’t seen the episode are instead ruining the show for the majority. Don’t be those people.

Indeed, before the industry shift to online platforms and streaming technologies, every single television show was a live event. Whether you were watching an NFL game or the newest episode of LOST, viewers had to be parked on their couches at the agreed-upon time to consume their entertainment.

If you missed it, a few of the bigger shows would re-air the episode later that night, but that was generally it. You either watched the show, or you didn’t.

Today, with seemingly every distribution model for content becoming the new standard of “here’s all of it, binge at your pleasure,” HBO stands as one of the last places to truly experience the live television event.

When The Sopranos ended with that infamous cut to black (not sorry for spoilers, you’ve had 12 years to watch the show), people were instantly talking about it. Calling on the phone, asking whether or not the cut to black was a glitch on their end. Did the cable cut out? What did it mean? The finale of the Sopranos became a talking point at offices, bars, house parties, and dinner tables.

HBO struck gold again with Game of Thrones, only on a much larger scale and in a new era of technology. Unlike The Sopranos, which wasn’t available on demand via your friend’s brother’s HBO Go account, Game of Thrones can be consumed as soon as the clock strikes 9 (8 Central).

The show has recaptured that golden age of TV watching. Its ratings compete and exceed those of live sports games and awards shows and should be treated as such. No reasonable person who misses The Oscars asks the Internet to not spoil who won Best Picture until they’ve had a chance to catch up. It’s not the Internet’s responsibility, because the available tools are in your hands.

There’s really no excuse not to watch the newest episode within 24 hours.

Spring of 2019 has gifted us two of the most important entertainment events of the decade. Avengers: Endgame and the series finale of Game of Thrones. Both are the culmination of nearly a decade of our lives committed to each, but the way we’re approaching both could not be more different. That’s because of the way audiences are able to consume them. Game of Thrones, as mentioned earlier, is able to be seen at the same time by anyone who has the ability to access HBO’s suite of platforms. Even if you can’t watch until later that night or the following afternoon, once the episode airs, it is yours to access and enjoy. Because of this, the Internet is far less forgiving when it comes to spoilers immediately following the episode.

Because of Game of Throne‘s distribution model, it’s safe to assume you’re either going to watch the episode now or not at all. If you’re one of those “I wait til it comes out on Blu-Ray” people, you’re a lost cause and are definitely in no position to argue for censorship for that long of a time. We all had to schedule our lives around the shows we loved not so long ago and no one complained then. Now that things are even easier, there’s really no excuse to complain now.

That being said, Avengers: Endgame is a different beast entirely and should be treated as such.

Endgame faces much more constraints. The first being that you have to leave your home to go see it in theaters, which isn’t exactly easy for parents with kids or those with busy lives. Second, theater screenings can only physically fit so many people. They’re also constrained by certain time blocks. Overall, it’s very safe to assume that the majority of people didn’t get to catch Endgame on its opening premiere (despite the record-breaking box office numbers.)

So, how long is “long enough” when it comes to movie releases? According to Endgame directors Joe and Anthony Russo, the “no spoilers” window closes on the Monday after the second weekend. 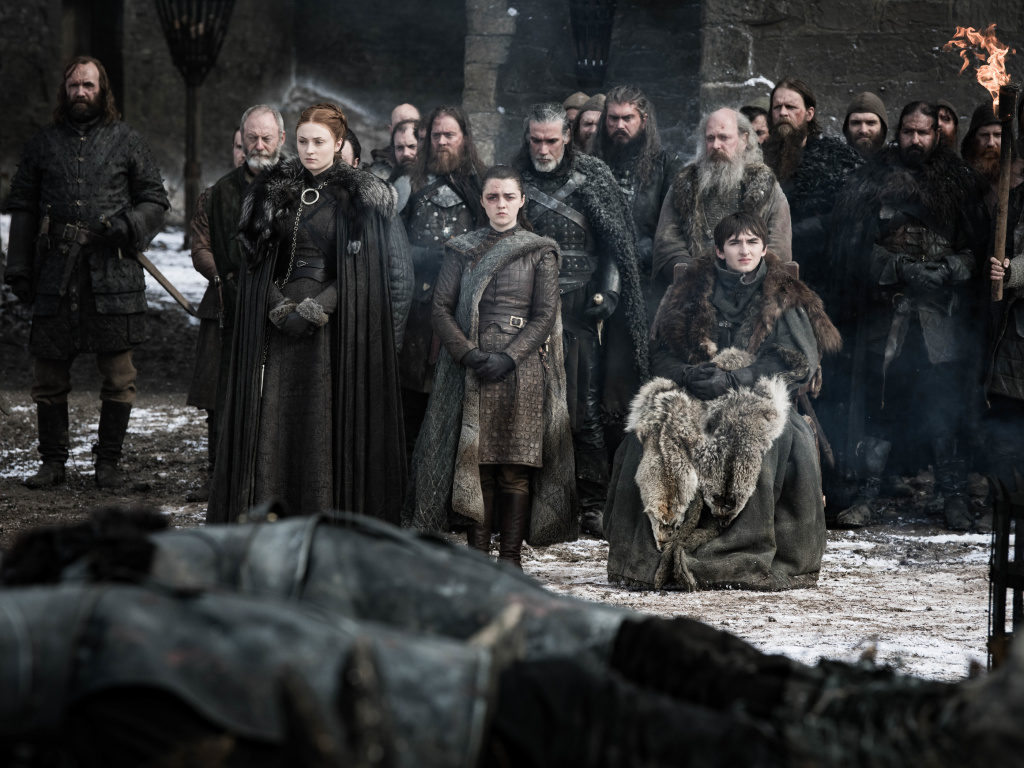 There are so many online tools to keep you away from spoilers.

Here’s the thing. I can perfectly understand that not everyone can make that 9 (8 Central) cut to watch the show live with everyone else. Maybe you work Sunday evenings, maybe family obligations get in the way. However, if any of these happen to be your situation, then you can anticipate the spoiler-filled aftermath and make necessary preparations. Here’s how to best prepare yourself:

You’ll notice that people worked hard developing these tools as a way to empower yourself and not to dampen someone else’s enjoyment.

No one is forcing you to check your social media.

Social media? Avoid it. There’s really no reason for you to open your Facebook, Twitter, and Instagram apps if you’ve knowingly missed a new episode of Game of Thrones. I’d also wager that the time you’ll save by not scrolling through various newsfeeds will quickly add up to the ability to watch a 58ish minute episode of television. You also may find yourself generally happier as well, which I suppose is an equally good reason to cut back on the apps.

Seriously, if you haven’t watched the episode yet, why would you willingly go to the place where people are discussing it? That’s like going to a book club for a book you haven’t read and asking the entire room to not discuss book spoilers. It’s quite frankly ridiculous.

Mike Schur, Executive Producer of shows like The Good Place and Brooklyn 99 seems to agree:

A legitimate question would be, why are you looking at Twitter if you’re worried about being spoiled? I know some people have to use social media for their jobs, but when I’m late to something I just stay off it.” 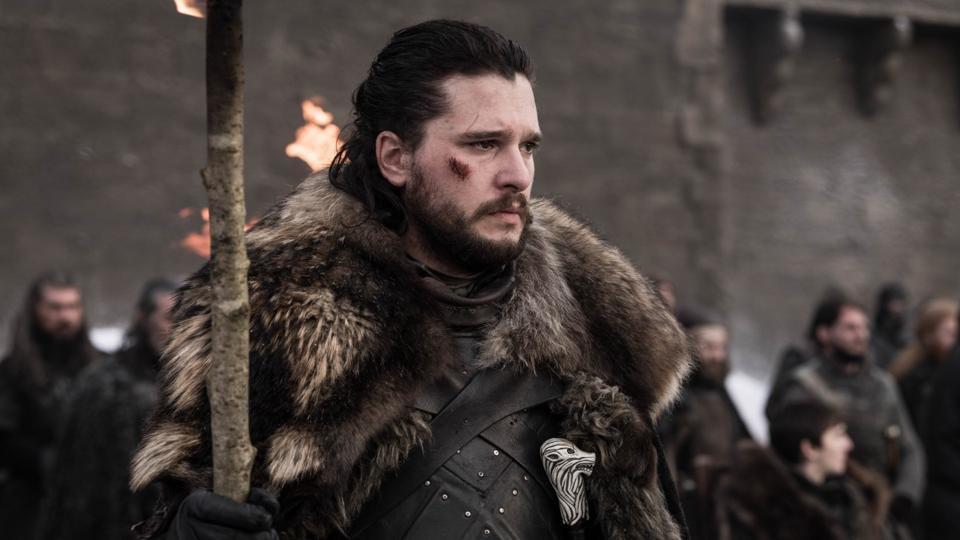 It’s up to you to let people know that you haven’t watched the newest episode yet yet.

There’s a statistic somewhere that says we’re more likely to be spoiled by a family or loved one than by a stranger. With that in mind, if you knowingly are going to miss an episode of an internationally-renown series in its final season, you should absolutely let those closest to you know. This hopefully will screen you from incriminating texts, calls, and emails, all the while forming a technical bubble around you that is the equivalent of putting your fingers in your ears and yelling “lalala I can’t hear you!”

It’ll also help your friends and family respect you more. After all, you wouldn’t want someone else entering a conversation with the stipulation that you can’t discuss the thing everyone wants to discuss. So, don’t be that person for others.

Of course, if you have terrible people as friends and loved ones, this may backfire completely.

The entire world doesn’t revolve around you.

Finally, this one may sting a bit, but I’m here to tell you that the Earth, the other planets (and their many moons), as well as the Sun do not revolve around you. Expecting that the entire Internet pause conversation on a thing they desperately want to discuss on the very medium that was invented for such communication is a losing prospect. There are plenty of ways to save yourself from spoiler anguish while also allowing people to enjoy their show the way they want to. As we’ve seen recently, people are genuinely willing to hold off spoiling things for a reasonable time, should that content not be available to the masses. But just like the Oscars, sporting events, The Grammys, and every other live television event, Game of Thrones has now transcended the typical spoiler period for a television drama.

So, if you can’t catch the episode live, it’s your responsibility to make arrangements until you’re able to do so. Expecting the entire Internet to hush on your behalf is a pretty dick move.