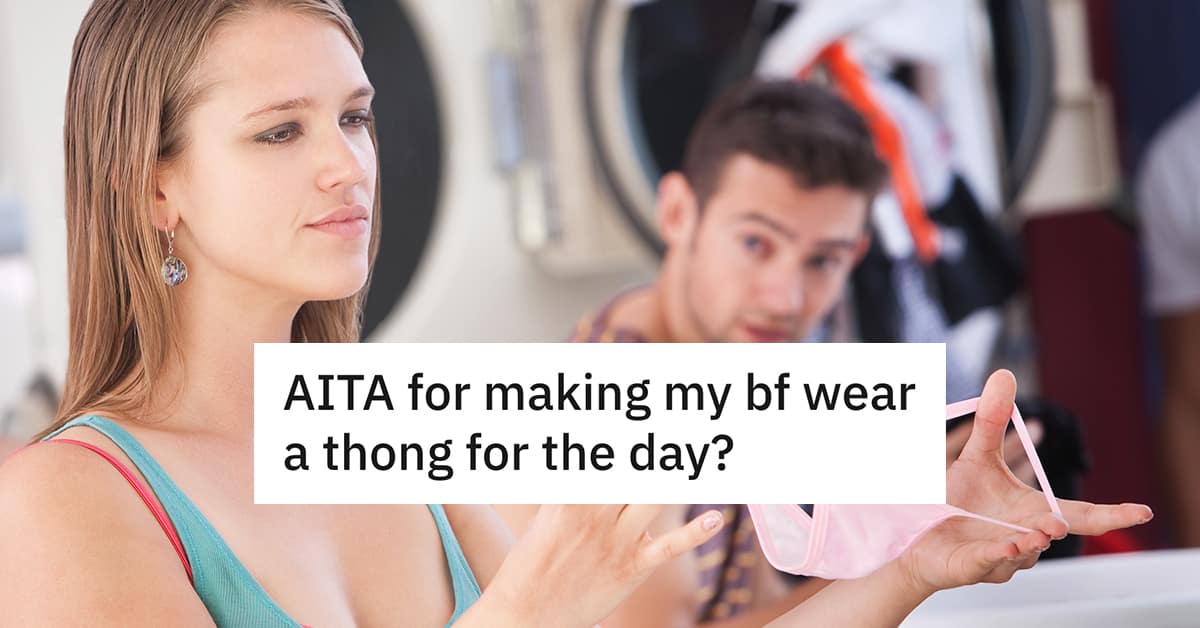 Relationships are full of give and take, but unfortunately not everyone understands when they’re asking too much. A woman posted on Reddit’s “Am I the Assh*le” thread after she asked her boyfriend to wear a thong, since he asks her to wear them so often, and he got upset over it.

The woman explained that while she thinks thongs are “a little uncomfortable,” she wears them because her boyfriend likes the way they look. But eventually she got fed up and told her boyfriend if she had to wear a thong, he did too.

A woman on Reddit asked if she was wrong to make her boyfriend wear a thong for the day:

“My (26f) boyfriend (26m) loves when I wear thongs. Says they’re sexy and only wants me to wear them ever. They’re alright but definitely a little uncomfortable and I wouldn’t wear them nearly as much as I do if he didn’t want me to all the time. The other day he asked me again to wear one and I decided that if I wear one he should have to as well. So I went bought him a manthong and said he should wear it for the day to feel my pain. Except when I presented it all he did was bitch and moan about it and only tried it on for a second, complained about the string up his butt and took it off. Didn’t even last 10 minutes.

OP said when her boyfriend tried the thong on “all he did was b*tch and moan […] didn’t even last 10 minutes.”

Readers overwhelmingly voted “NTA,” or “not the asshole,” and said OP’s boyfriend was being hypocritical.

Some said they used the same strategy for other requests their partners made and it got the point across.

But others said though OP wasn’t TA, they thought she should have better communicated with her boyfriend about her preferences before demanding he wear a thong.

And some users voted “ESH,” or “everyone sucks here.”

More of the best of AITA: