A person’s response to this story told by Redditor u/Dull_Amy on r/AmItheA**hole might be dictated by what kind of person you are. Are you the neat roommate? Or are you the disgusting slob who has made the neat roommate miserable? You might be able to tell by those leading questions which kind of roommate I am. There is nothing worse in roommate pairings than people on different wavelengths about what is an acceptable level of cleanliness. This is a story about a bad, bad mix.

The OP posted under the title, “AITA for terrorizing my roommates into cleaning up their crap?” 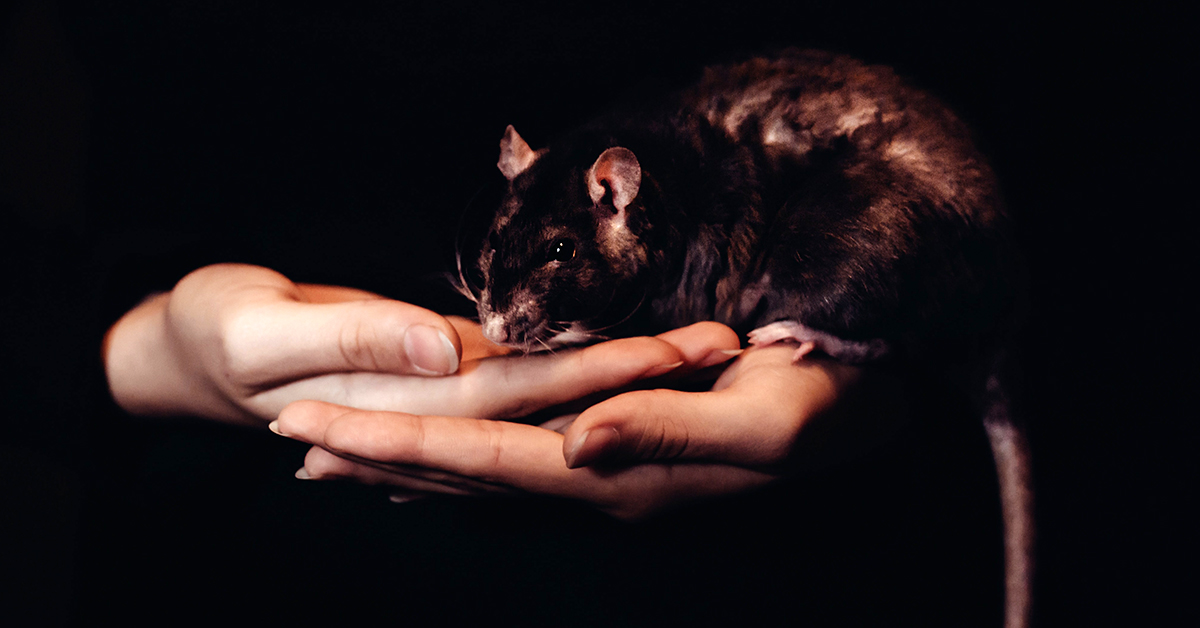 According to them they with two roommates, a man and a woman in their twenties, who don’t do much cleaning:

Wet clothes are left in the washer for days on end, food is left rotting in the fridge and in the sink for several weeks if I do not clean it, they also just casually throw garbage into the yard. If asked nicely multiple times for them to clean their mess and even not so nicely a few times.

Barf. How can people live like this? Well, the OP says that he has been doing a lot of cleaning for them. He admits he’s not the best cleaner in the world either, but he thinks there’s a difference between general untidiness and absolute filth. He said he wouldn’t do it anymore, but they didn’t step up. And then the rats arrived, attracted to all the garbage in the yard.

That’s when the OP discovered their roommates are terrified of rats. An idea was born:

A plan soon hatched in my mind and with a bit of creativity, some invisible thread and an old bristle broom, I now had a “faux rat” (I named him Ronald)

Every few days or so for the past 2weeks ish I have been placing it in the corner of the kitchen, waiting for one of them to walk in. Then I yank Ronald as hard as I can at an angle so he shoots towards them. Each time they’ve ran from the kitchen screaming in fear. I won’t lie I very much enjoyed doing it at first but kinda felt guilty at having made a grown man bawl his eyes out and thought the lesson has probably been learned.

So I decided we had to have a house meeting about the infestation and how they don’t feel safe in the home anymore (personally I didn’t feel safe with a pan of veggie rice rotting on the countertop for 12days but hey ho!).

I simply stated that if they’re just cleaned up their junk the rats would most likely disappear.

Lo and behold the place was spotless within an hour and since then there has been a lot less mess.

Ronald has been put into retirement and is resting in my bedroom ready to pounce if ever needed again.

But did I take it too far?

As someone who has had their laundry ruined by foul rotting towels and a cockroach infestation caused by unwashed dishes, no, I don’t think they took it too far.

Most people didn’t, though a few suspected this story wasn’t entirely possible: 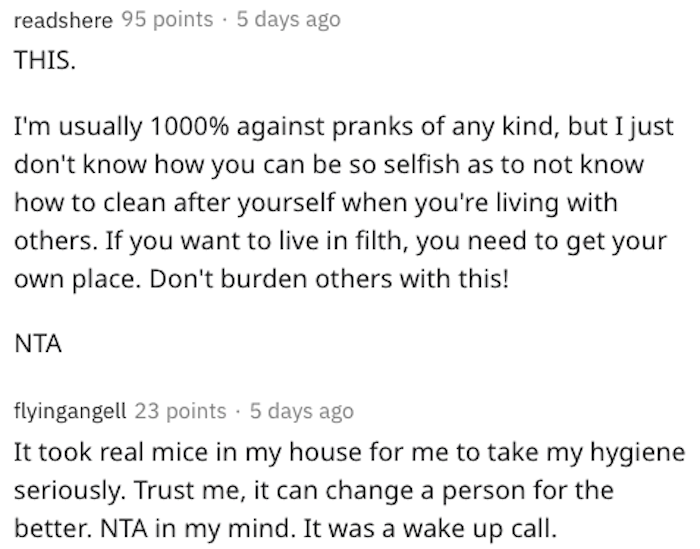 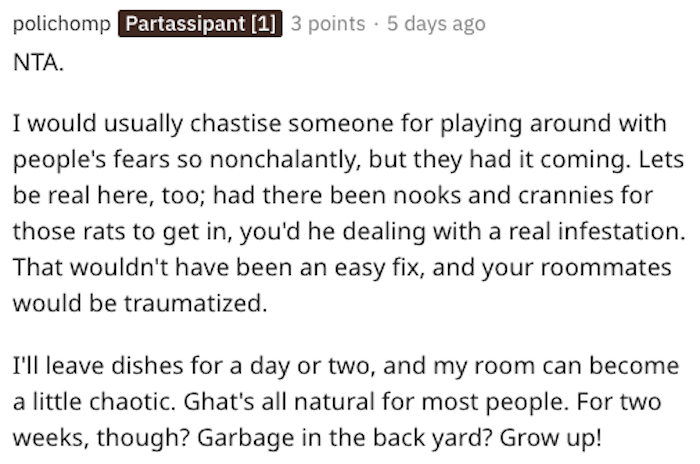 If Ronald exists, he’s in retirement and the household is clean and at peace. Who knows, maybe the OP’s roommates will discover they like living clean—or at least not neck-deep in their own filth. A harsh lesson all adults should learn.