There will always be people who feel they’re entitled to everything and more, but this attitude is always brought to ludicrous heights on Reddit’s r/ChoosingBeggars. That’s where screenshots and stories of the most deluded and demanding people end up, and it’s always a distracting delight.

This tale comes from Redditor u/Podosqui0 who shared a conversation they had with someone named Alex about “free office charis[SIC]” that the OP left outside a dumpster. As in, he was throwing them out, but posted on Facebook that they were there for pickup if anyone wanted them.

Alex messaged the OP, asking, “Is this still available?”

“Yes,” the OP responded, helpfully sharing a map and address for where the chairs could be found. 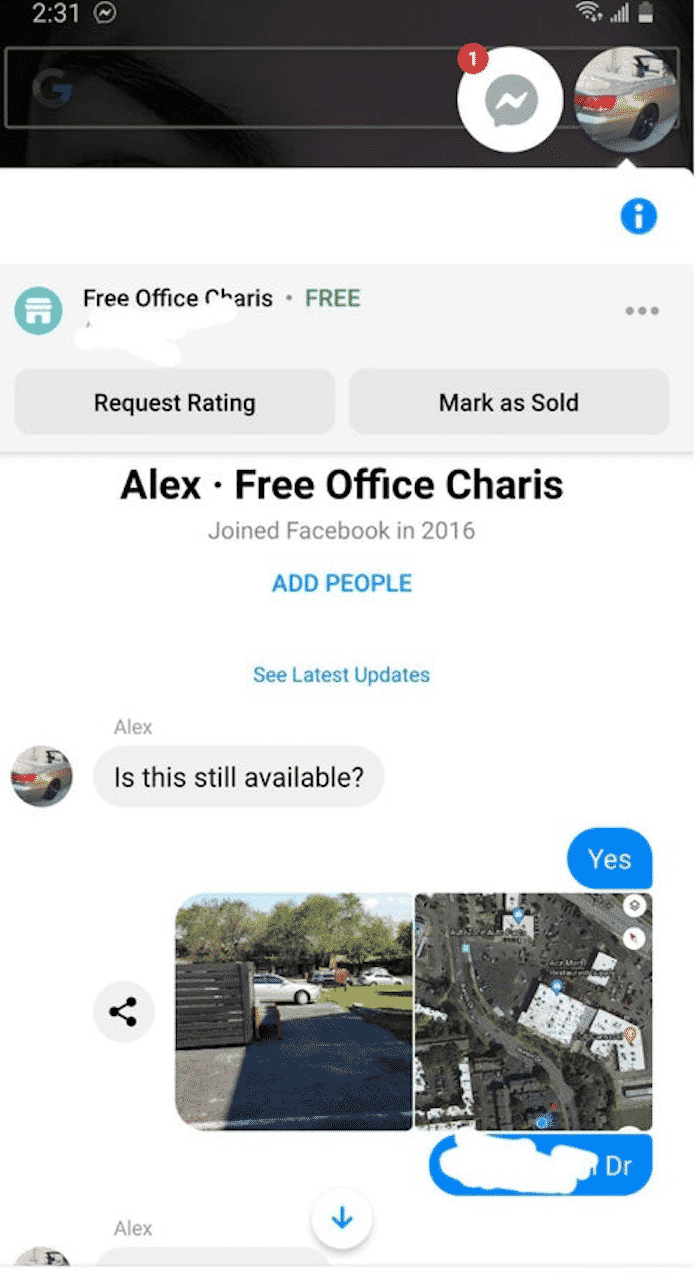 Instead of saying “thank you” and going over there to get the chairs, Alex wrote, “Um? Excuse me?”

“In case you wanted them,” said the OP, “That’s where they are.”

The next message from Alex sort of resembles a Dadaist poem, incorporating several thumbs-up emojis, but he basically says he doesn’t have a car and orders the OP to bring them directly to his house.

“What?” the OP asked. “Can you bring the chairs,” wrote Alex.

“No why would I? They’re free dude,” the OP reminds him.

“Sorry no I’ll pass,” Alex proclaims, as though this is a business negotiation he’s walking out on. To that, the OP just lols, which seems to enrage Alex who writes, “LAZY B*TCH!”

“Wtf is wrong with you dude haha,” the OP writes, but if Alex ever answered we don’t get to see what he thinks is wrong with himself. The commenters had plenty of ideas for what was wrong with him. For instance, he claims to have no car, but his profile picture is of a car. Could he actually be a car himself, which makes it hard to pick up chairs and load them into his own trunk?

The OP weighed in to admit that they would never consider doing this, so they must agree that they’re a lazy b*tch. Fair is fair. 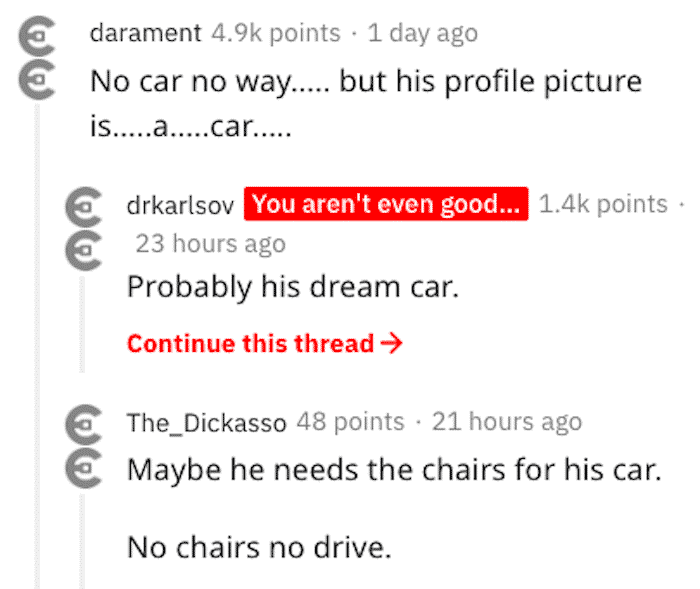 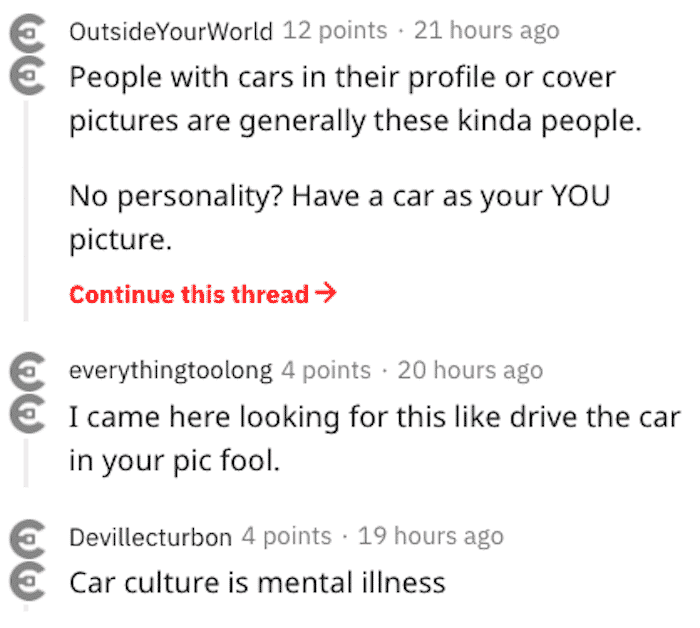 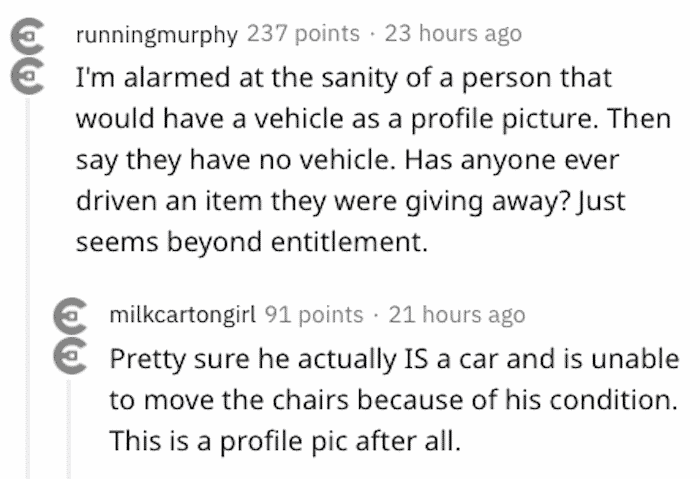 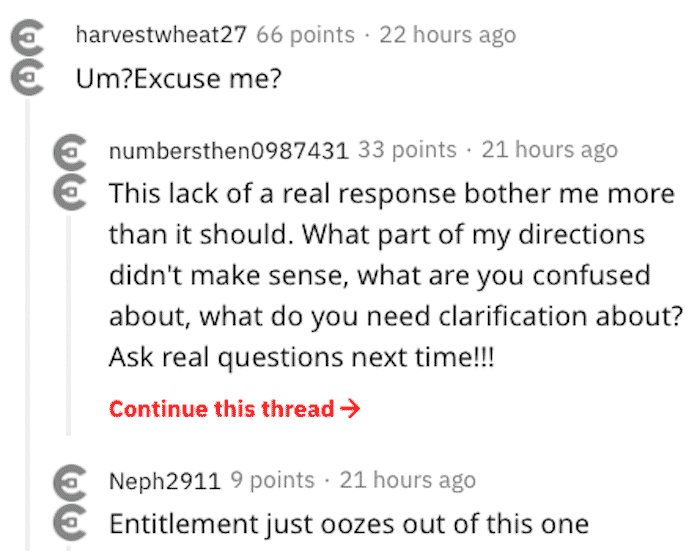 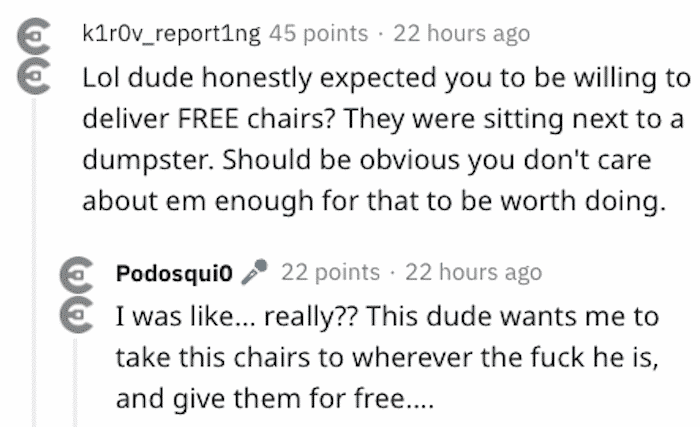 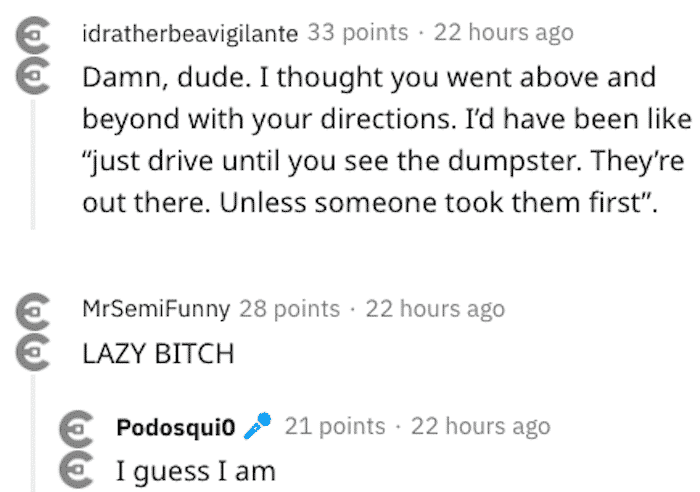 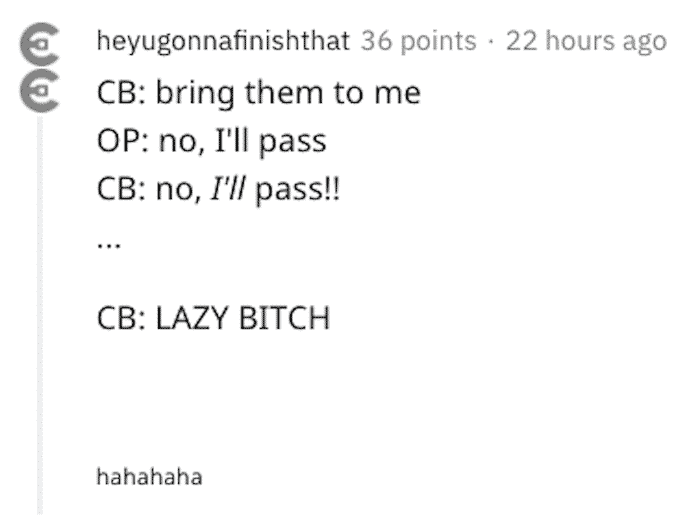 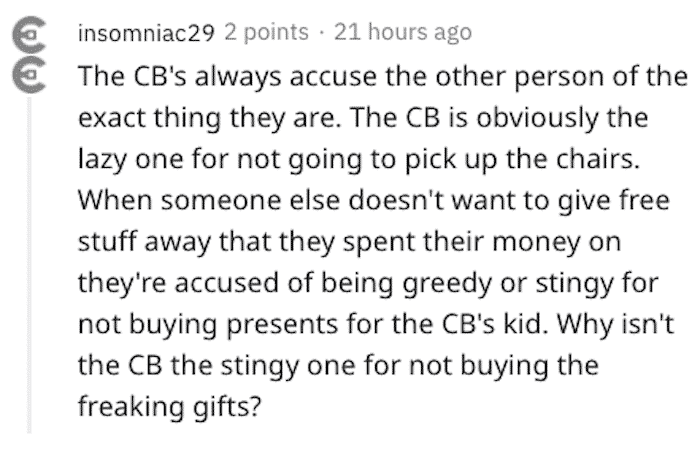 Thank you weird car man, wherever you are, for giving us all someone more deluded than the president to laugh at.