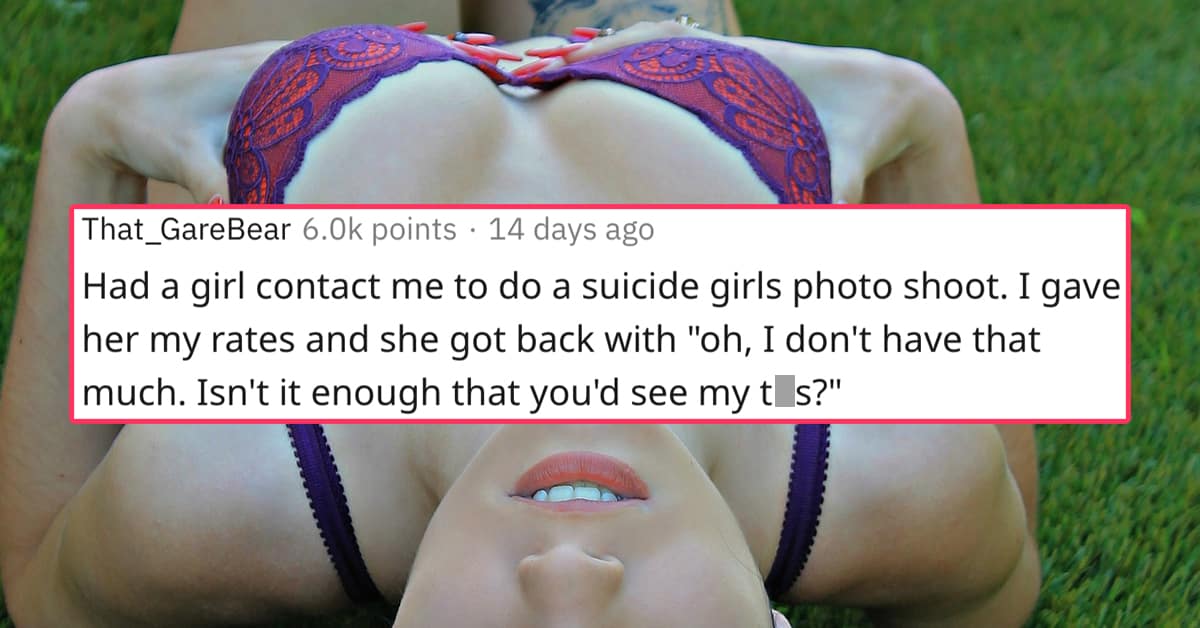 An influencer is someone who believes their social media following gives them real-world importance.

And while sometimes having thousands to millions of followers on Instagram, Facebook, Twitter does translate into real-world success, often it’s merely annoying to everyone unlucky enough to come into contact with these selfie stick-wielding narcissists.

Most of us don’t encounter influencers IRL on a daily basis, though when we do, getting ridiculous pictures of them staging their pictures is fun… 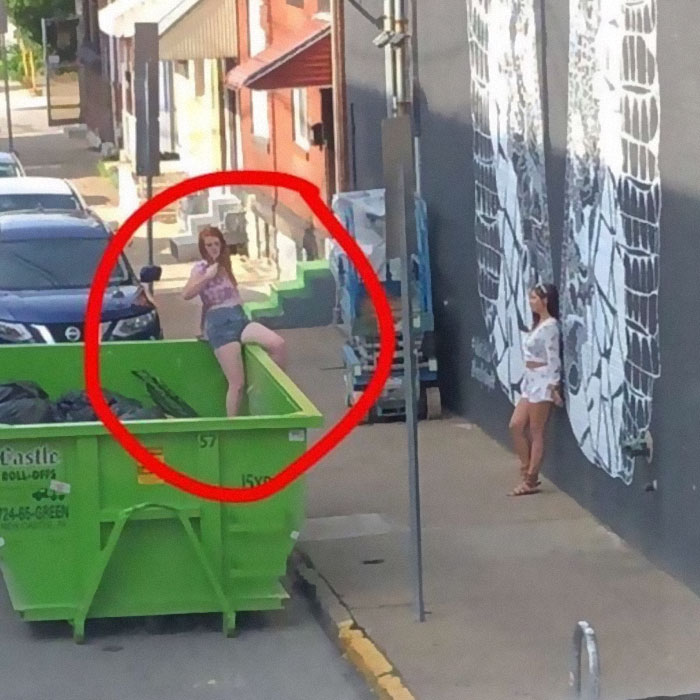 One group who knows the dark side of influencers better than most is business owners, who are regularly hit up by self-proclaimed influencers demanding free goods and services in return for a product photo and a few glowing hashtags.

These influencers, in other words, believe that their virtual endorsement is worth free hotel stays, free clothes, and as many photogenic mimosa-soaked brunches as they desire. And, because of the visual nature of Instagram, the people who have to suffer these requests most often are professional photographers.

Influencers’ sense of self-importance has grown so monstrously large that the requests—and sometimes outright demands—they make of professional photographers have gotten completely out of control.

When a question on Ask Reddit asked photographers to recount the most outrageous requests they’ve received from influencers, you’d best believe the shutterbugs were happy to spill the beans. 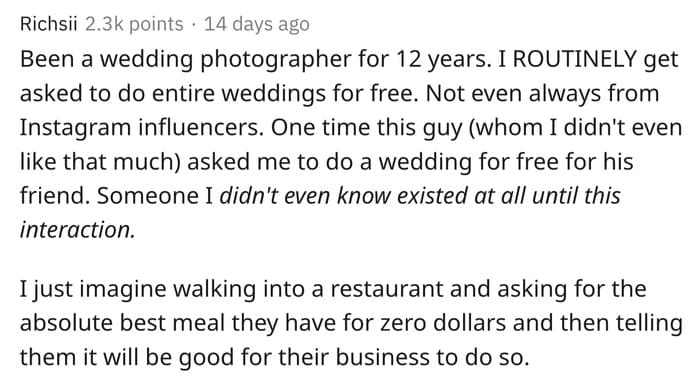 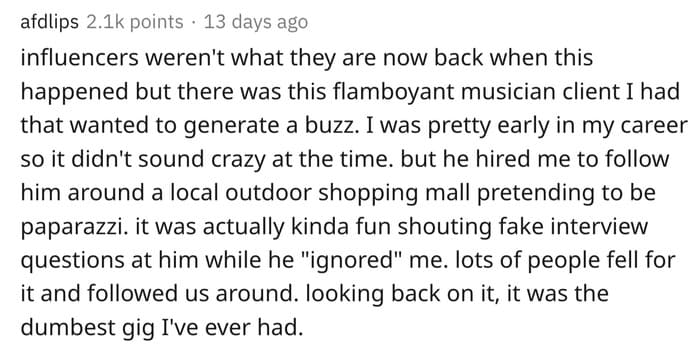 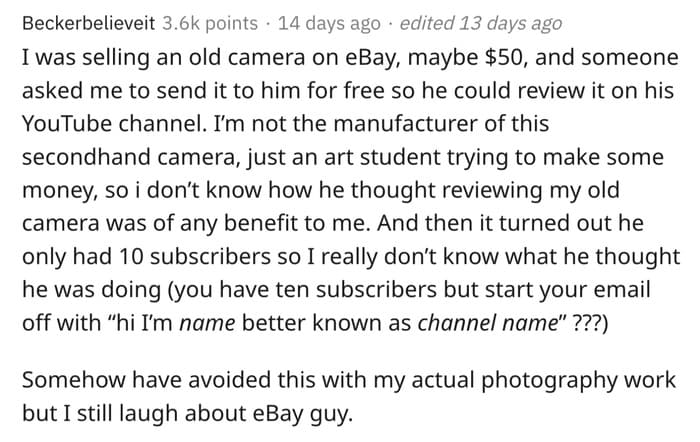 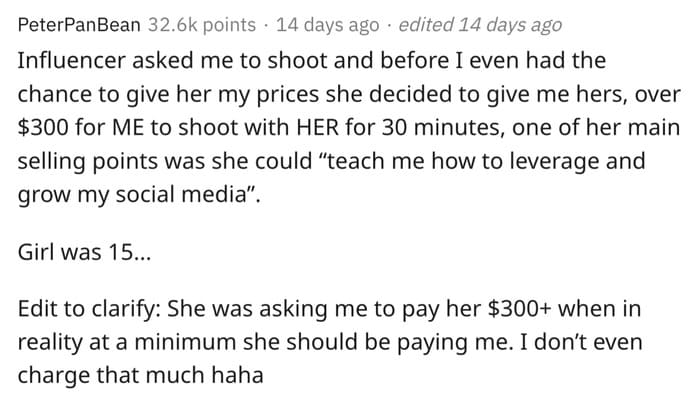 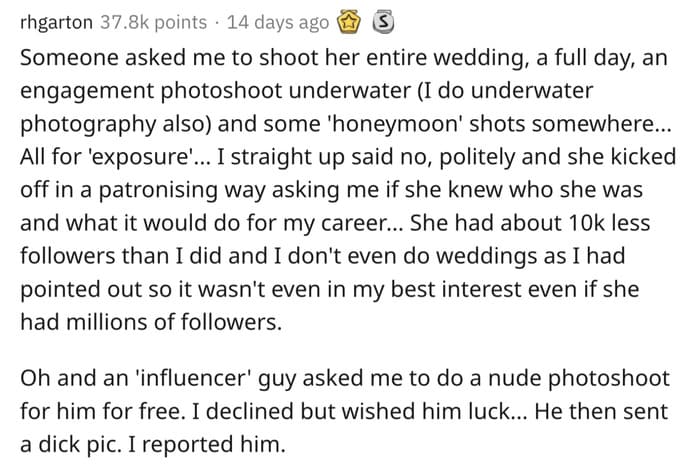 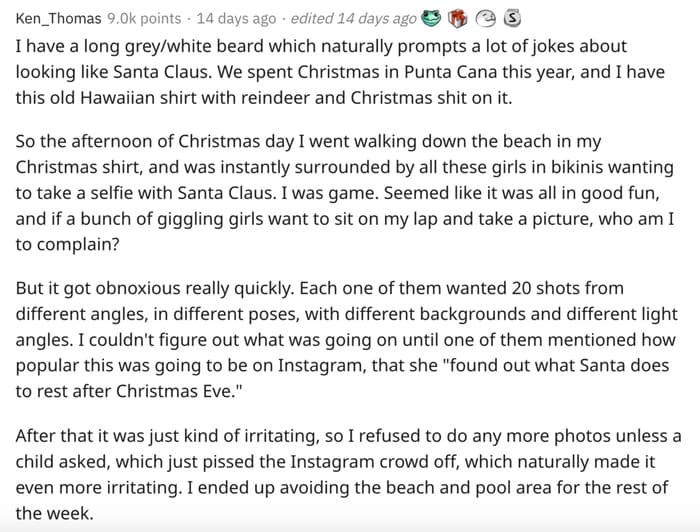 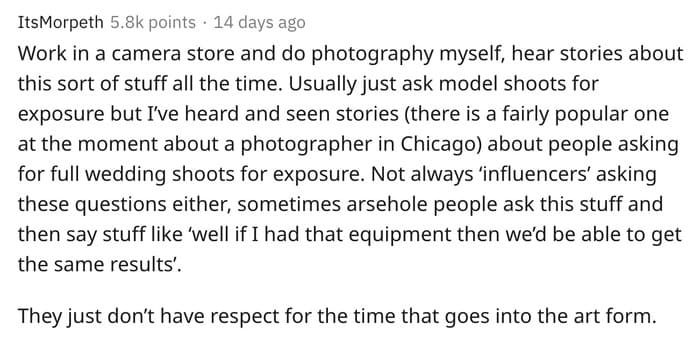 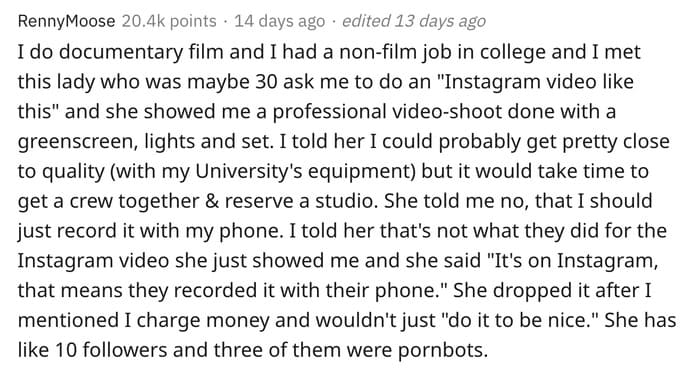 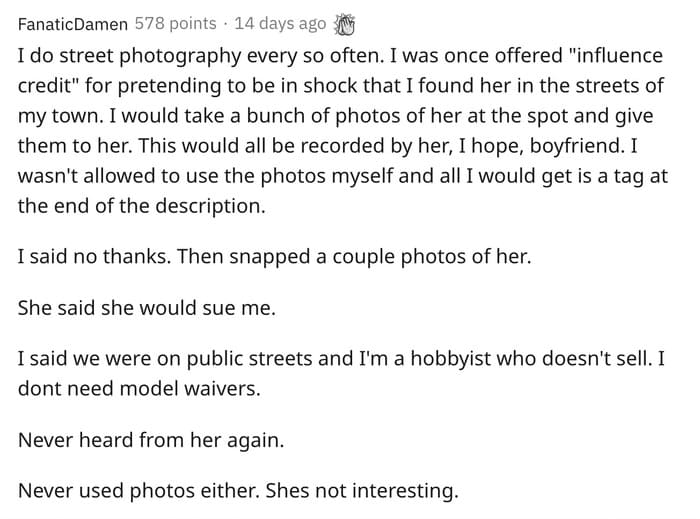 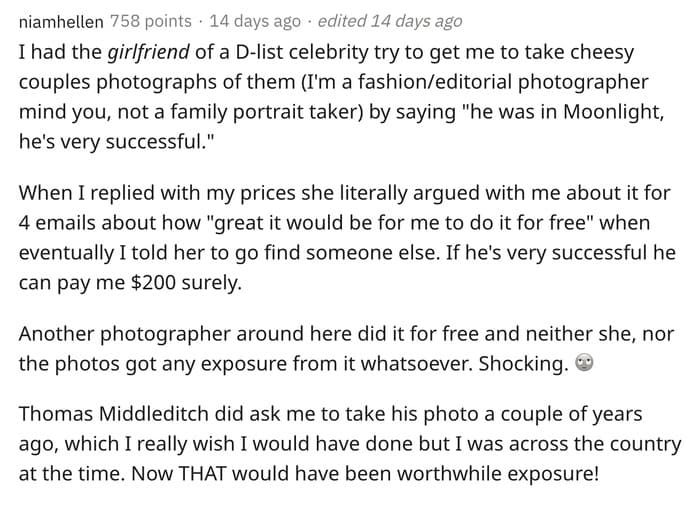 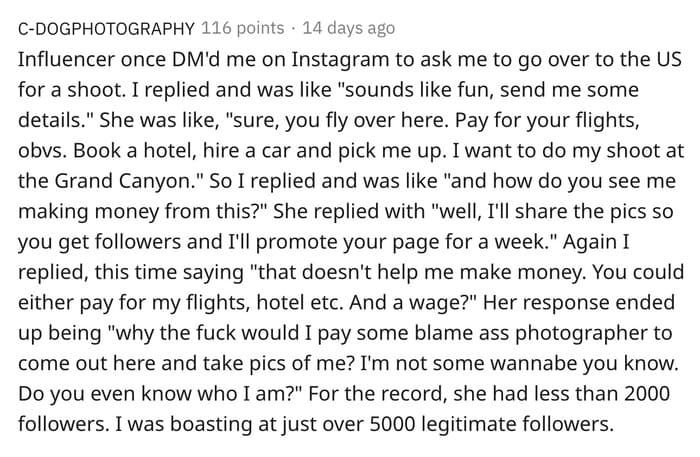