The horrible stereotyping of the husband-stealing homewrecker is pretty offensive, but it’s still much worse when it’s real. Redditor u/Aitaxxx97 shared a story about one of these Lifetime villains come to life, a woman she calls Claire who is apparently trying to steal her husband.

She wrote about it on r/AmItheA–hole, asking, “AITA For telling my husband’s colleague to stop bringing him meals that she cooks every day?”

The OP says she’s about three years older than her husband (which becomes relevant) and they recently moved to a new place and he started a new job. He’s made some friends, but one of them is rubbing her the wrong way:

His work colleague “claire” is a bit intrusive and doesn’t really respect boundaries. She’d bring meals to my husband at work pretty much everyday. And buy him stuff saying she does this with everybody. She bought him a keychain before then he came home with a new tie and there wasn’t even an event at the company or outside of it. My husband said she is just generous and has a good heart.

She’d call him after work to ask what he’d like to eat the next day wft? I was stunned and confused. He didn’t reply to her saying he doesn’t want to make me upset and sort of drop it. The next day he came from work with her meal leftovers wanting me to try her cooking. I started getting uncomfortable and I wanted to meet her since I was told she’s a good person and what I found out was far from the truth. She saw me in the car with my husband and said hi in the meanest way imaginable. She kept asking me rude questions and made comments about my age.

The OP says that soon after this, her husband wanted to invite some work friends over for dinner, and included Claire. At the table, Claire excluded the OP by focusing the conversation on work, until she decided to bring up the OP’s age again:

I was getting uncomfortable but didn’t say anything until she asked my husband what he wanted to eat the next day. I told her thank you but she shouldn’t be bringing him meals at work I thought that was inappropriate and not professional. She talked about him trying “something new” and her cooking background and stuff. I told her no thanks but she disregarded my opinion. I got so mad at the blatant disrespect and told her to stop bringing him meals at work. She got upset and then after the argument she ended up leaving.

The OP’s husband apparently thinks his wife was being rude to his bizarrely behaving colleague and should apologize. She has refused, and he called her controlling. Now she wants the Internet’s opinion,. Overall, their opinion is that Claire is definitely out of line, but it’s her husband who is really the problem. He’s enjoying this attention too much: 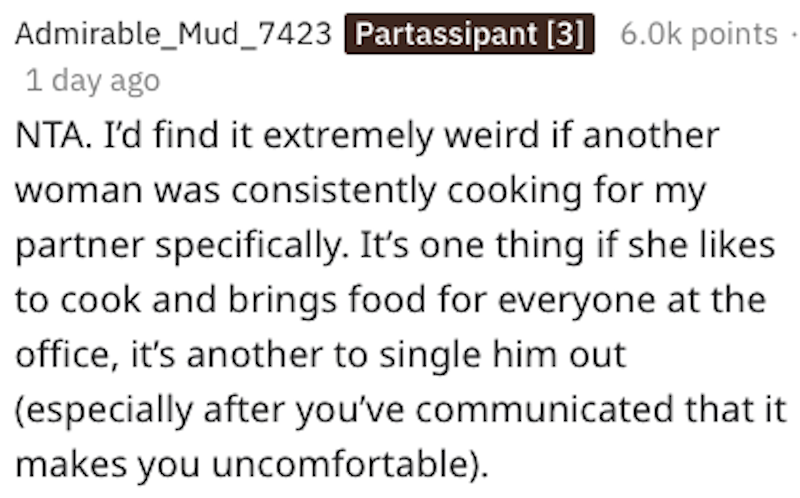 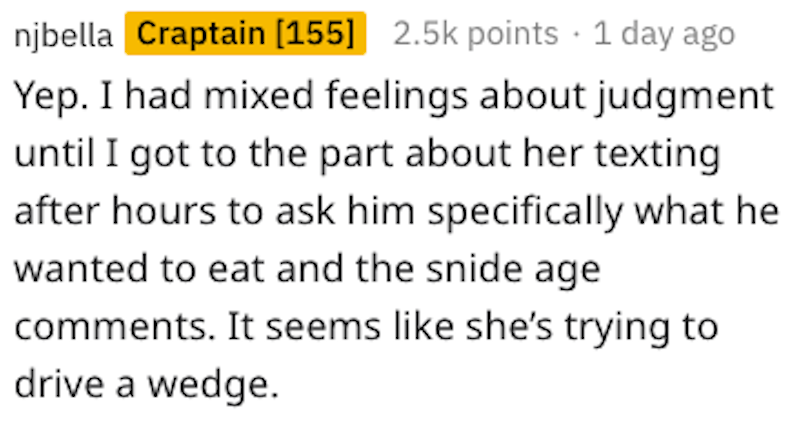 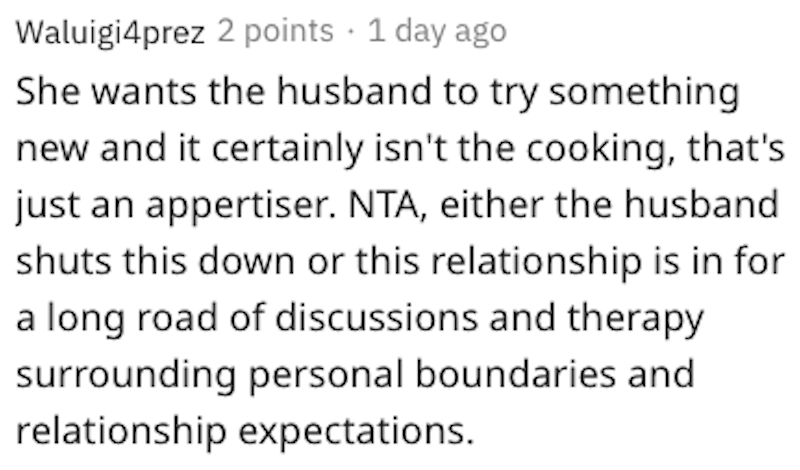 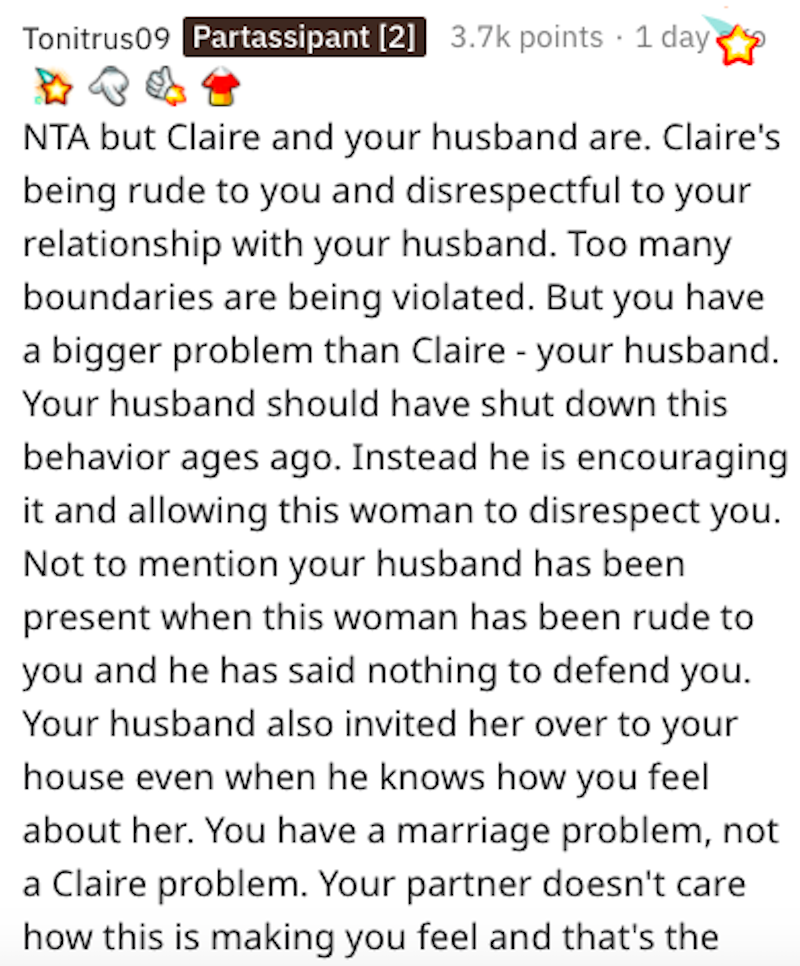 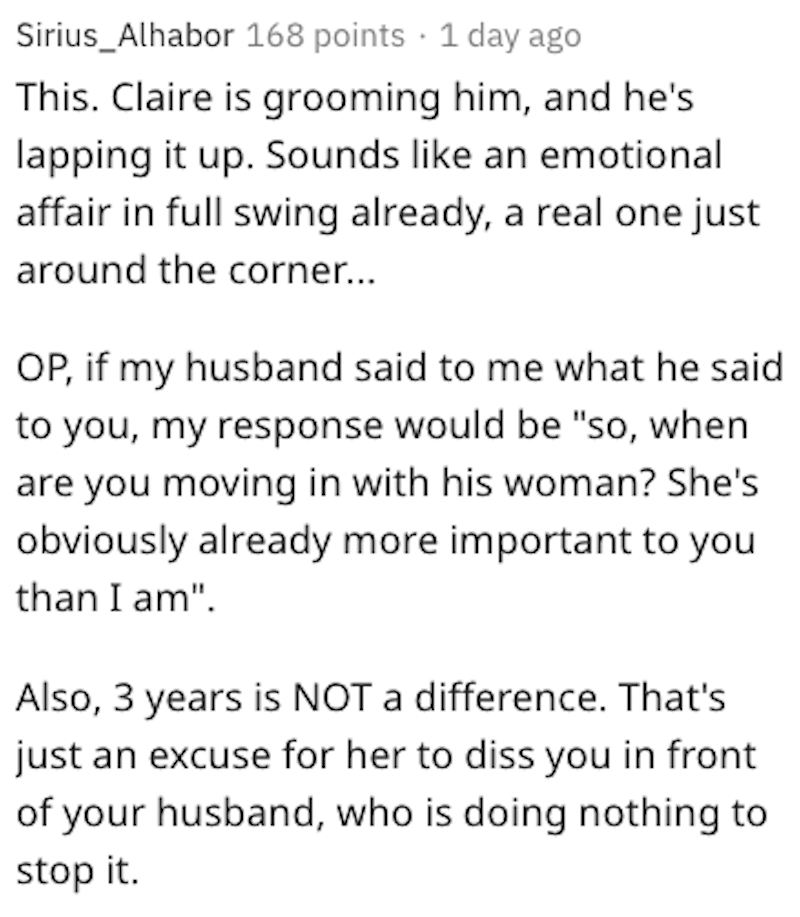 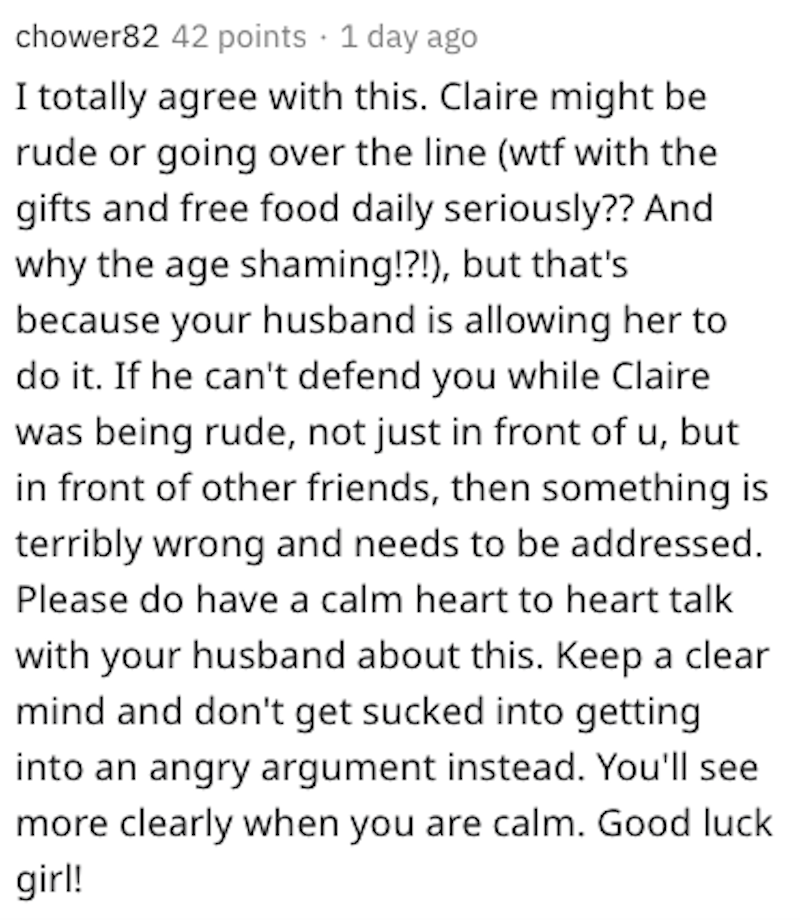 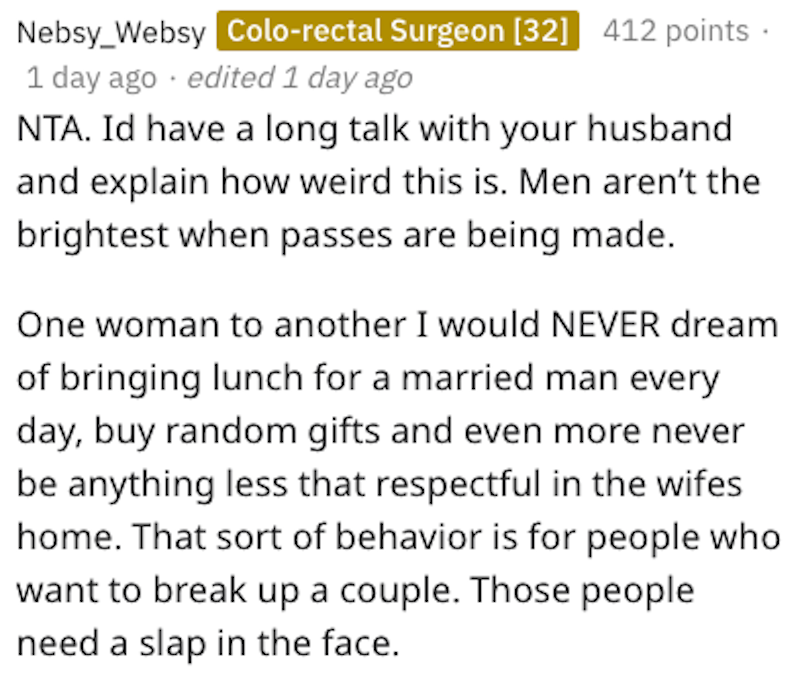 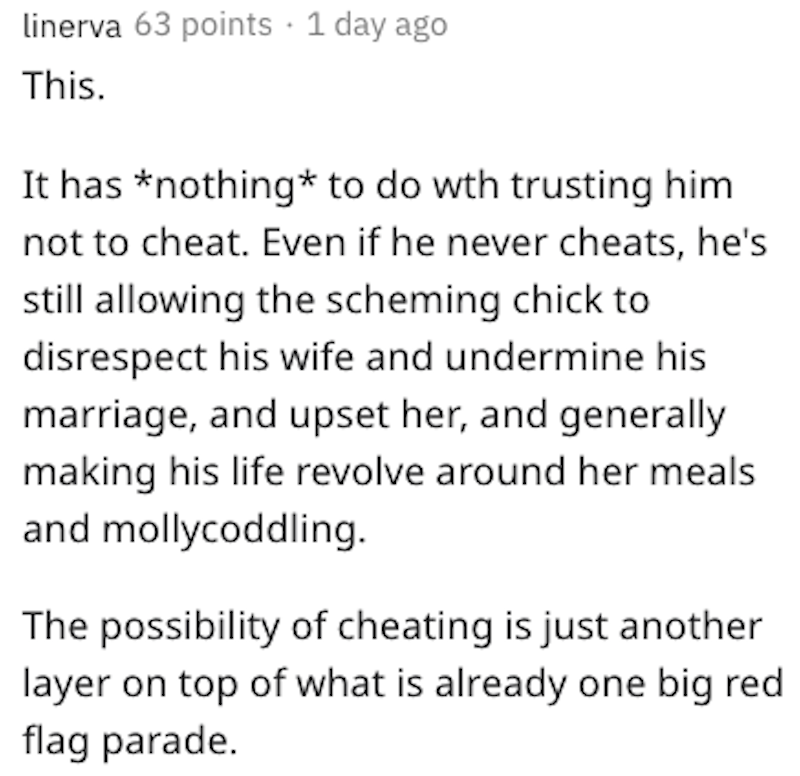 The homewrecker’s playbook only works when the person they’re trying to lure away isn’t doing what they need to do to assert boundaries and respect their partner. Get your priorities straight! And pack a sandwich.