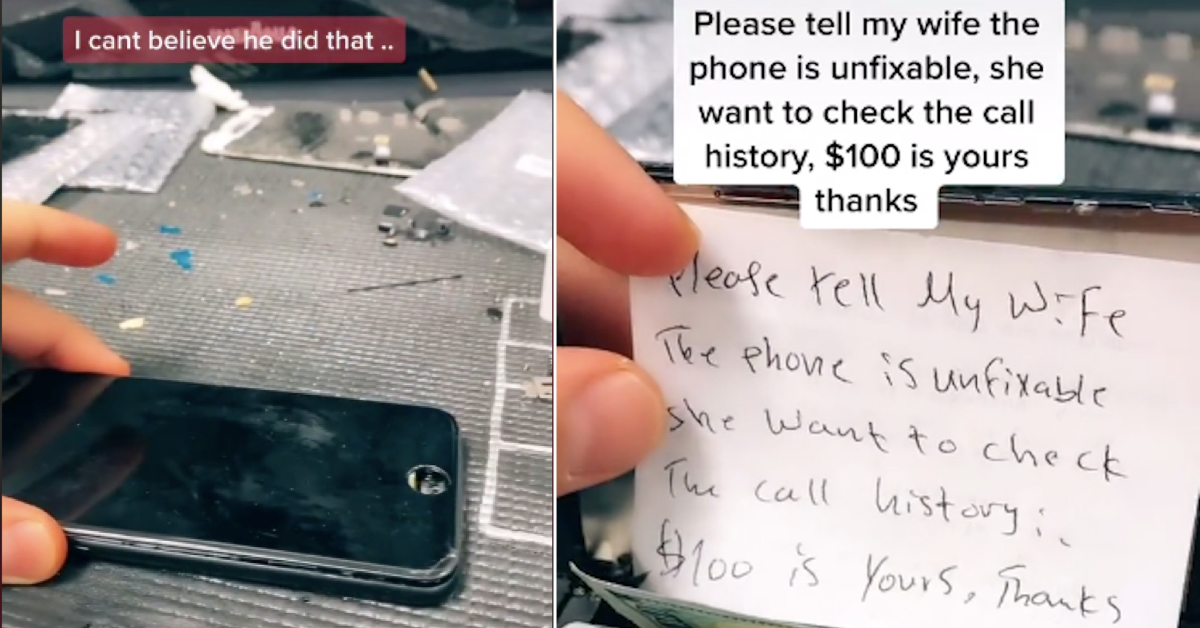 If there’s one thing dudes have, it’s the audacity.

A TikTok user who posts under the handle Maniwarda has been sharing a series about a cheating man who tried to use him to maintain a lie. It starts with the iPhone repairman Maniwarda sharing a story about a phone he received that had a hidden note and a hundred dollar bill inside.

“Please tell my wife the phone is unfixable. She want to check the call history. $100 is yours, thanks,” the iPhone owner wrote. 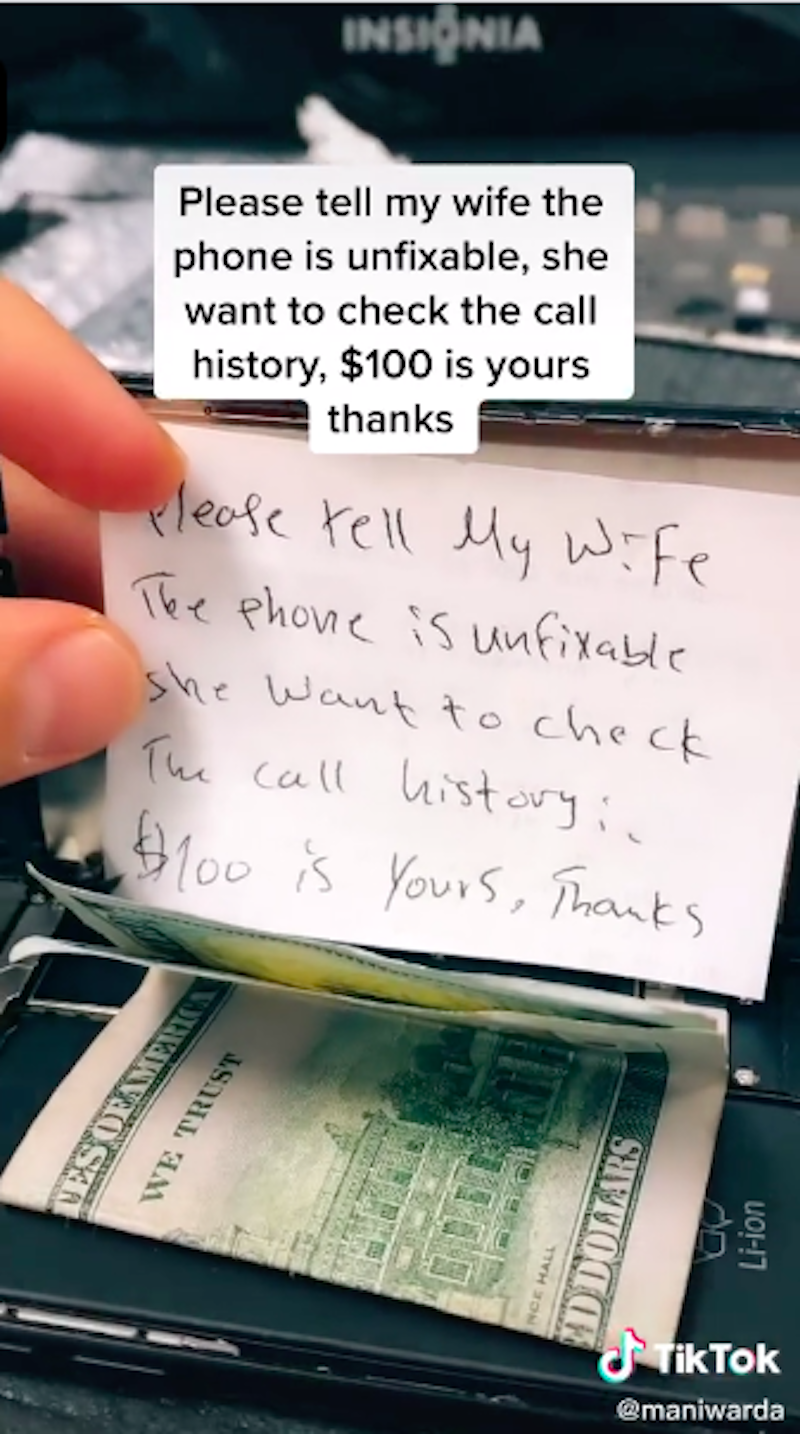 “What do you guys think I should do? Should I tell her or keep the $100?” Maniwarda asks.

The commenters suggested that he keep the money and tell the wife anyway because this dude is clearly a jerk who deserves what’s coming to him. But Maniwarda posted a follow-up after the wife came in early for the phone. He revealed the note to her, and she freaked out.

“I don’t want nothing to do with it, I don’t want you guys to get me involved in this,” he told her.

Reply to @itsmaryyy24 Here’s part2 everyone was asking for.. #cheaters #rs #fyp #xyzbca

“He think he so f–king slick!” the woman yells off-camera. She doubles her husband’s offer to fix the phone, saying $200.

“I’ll fix it for you, but I don’t want nothing to do with it,” he said. “I just feel bad because I want you to know the truth, but this is none of my business.”

Maniwarda also shared when the husband showed up and he revealed that he told the man’s wife about the note.

“That’s why I left the note in there,” the husband says. “I know you, she don’t know you. I gave you the money.”

Reply to @garciaaz0111 you guys should see what he did to the store!! This is pt4 and will post pt3 of the wife soon #crazybf #cheater #foryou #fyp

The man ends up throwing a plastic shield at him. The response to his decision was met with some pushback from guys who thought he should have upheld the “bro code.”

Reply to @raulph.polo I’ve been getting this alot lately after what I’ve done! Is it true? #girls #virl #fy @6ix9ine they calling me ur name!

Maniwarda responded to these people in yet another TikTok, saying, “I was raised by a woman! Raised to be respectful and honest!”

“One more thing, boy code is for kids!” he said. “I’m a grown man! I’m not waiting for a 12 yr old boy to tell me about a guy code!'” Yup. Don’t expect a stranger to help you do wrong to someone you’re supposed to love.