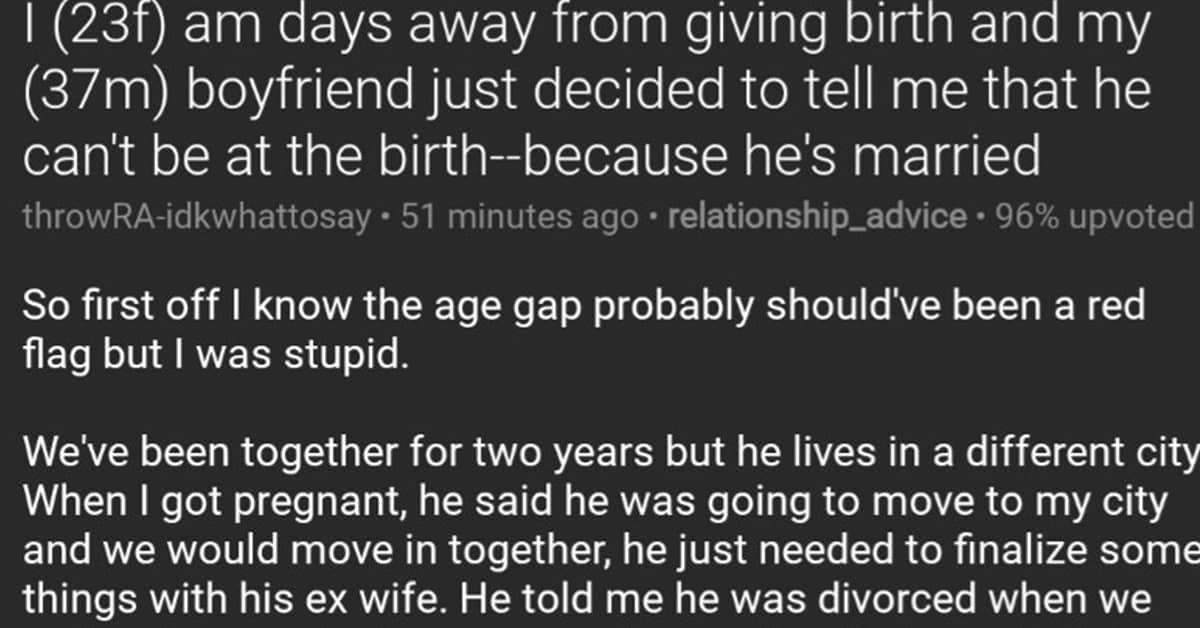 A 23-year-old woman posted to Reddit r/Relationships under the name u/throwRA-idkwhattosay and explained that her 37-year-old boyfriend has dropped a bomb on her four days before the birth of her child: he’s married, his wife has no idea about her, and he is not interested in being involved with their child. Phew!

“So first off I know the age gap probably should’ve been a red flag but I was stupid,” she started. Yes.

The OP says they’ve been dating for two years, but he lives in another city (oh brother). He had told her he was divorced and had two kids, but actually, no, he was just married. He told her he planned to move and join her in her city, but at 39 weeks he suddenly got “uncommunicative.” He’s been blaming the pandemic for his inability to get to her and was supposed to have already moved in.

Today I found out I am going to be induced on Monday unless baby decides to come out over the weekend so I contacted him and I was like okay what’s going on? And that’s when he told me that he isn’t actually separated or divorced, he never told his wife about anything, and now he felt like he was backed into a corner.

I don’t feel sorry for him for that because that’s his own fault, but obviously literally four days before giving birth isn’t the time you want to get this news and I have no idea what to do now. Tell him to fuck off, obviously, but what else? I feel like I mean I CAN take care of the baby but I was preparing to have a partner to take care of it with me, you know?

I don’t even know what I’m asking for in terms of advice but any advice for moving forward and handling this is appreciated. 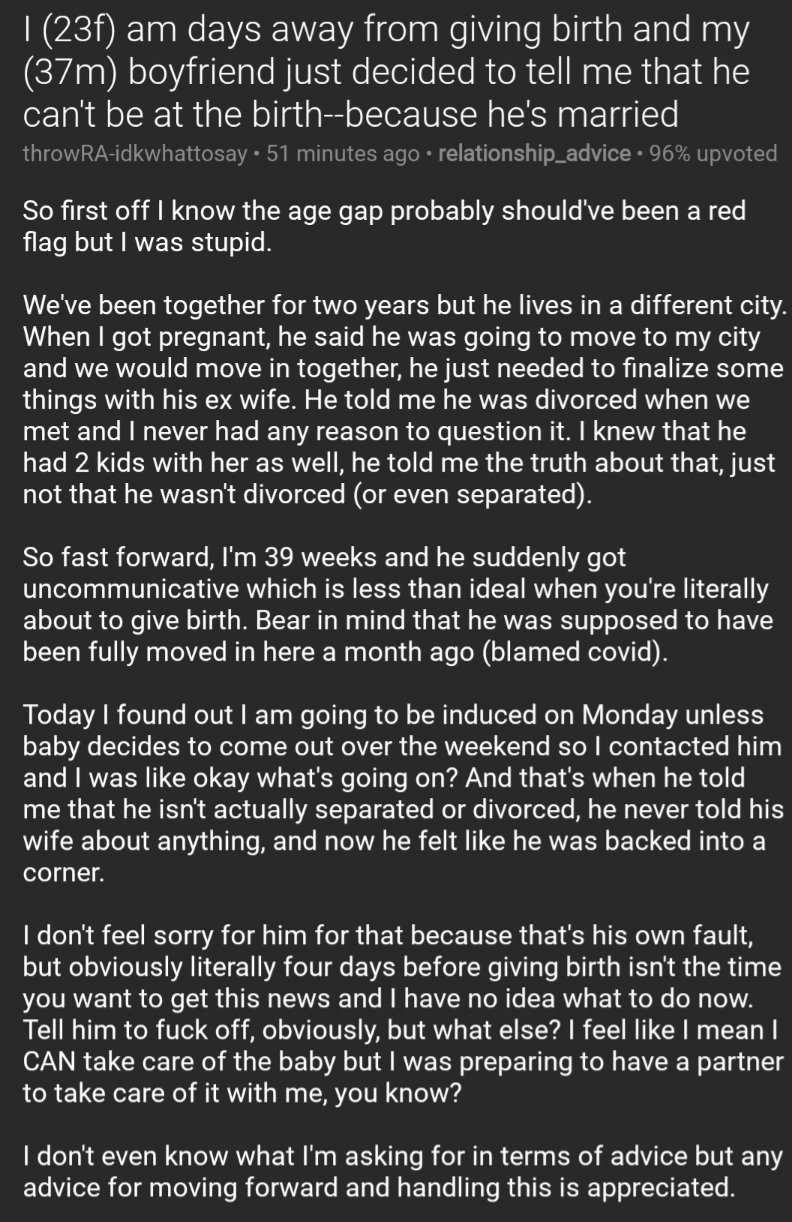 Most people advised her to seek immediate legal advice and nail his ass for child support.

Oooooooof. This sucks. Hopefully she can find a doula to be there with her for the birth! pic.twitter.com/Es3P8485dR

A surprising number had similar stories: 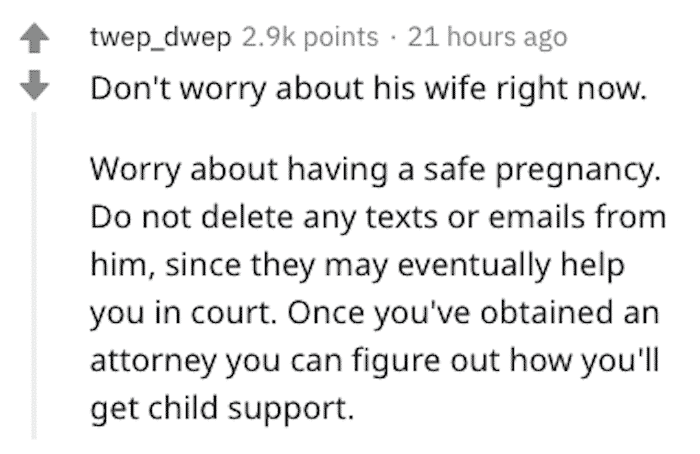 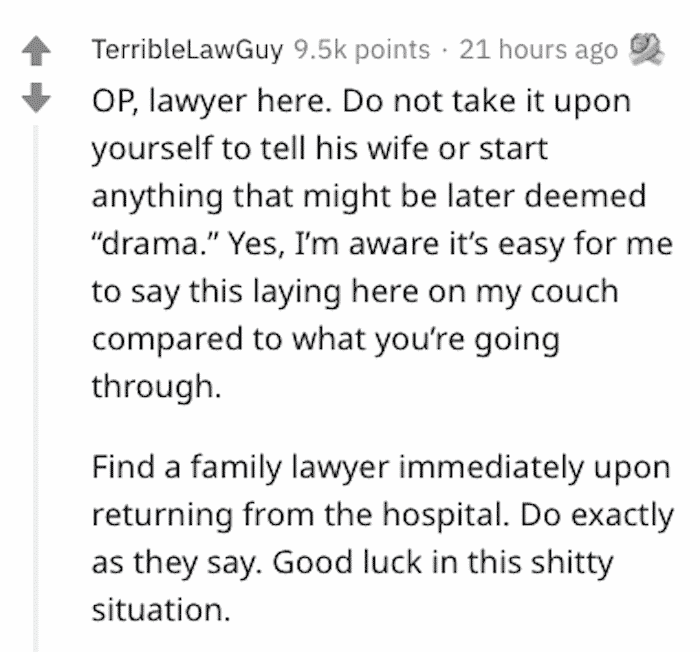 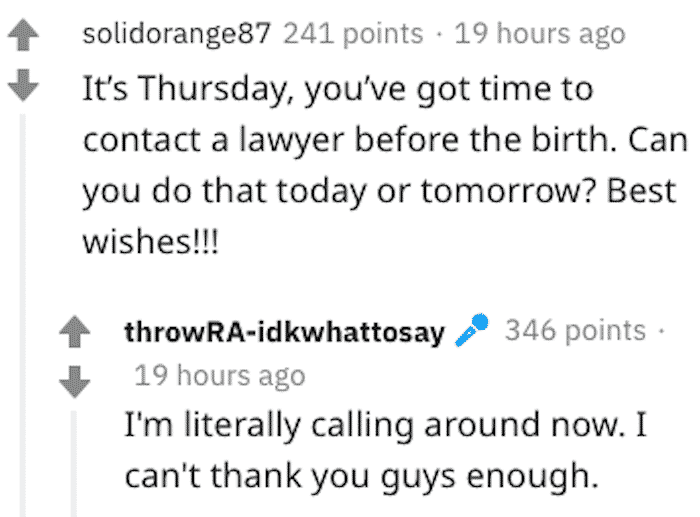 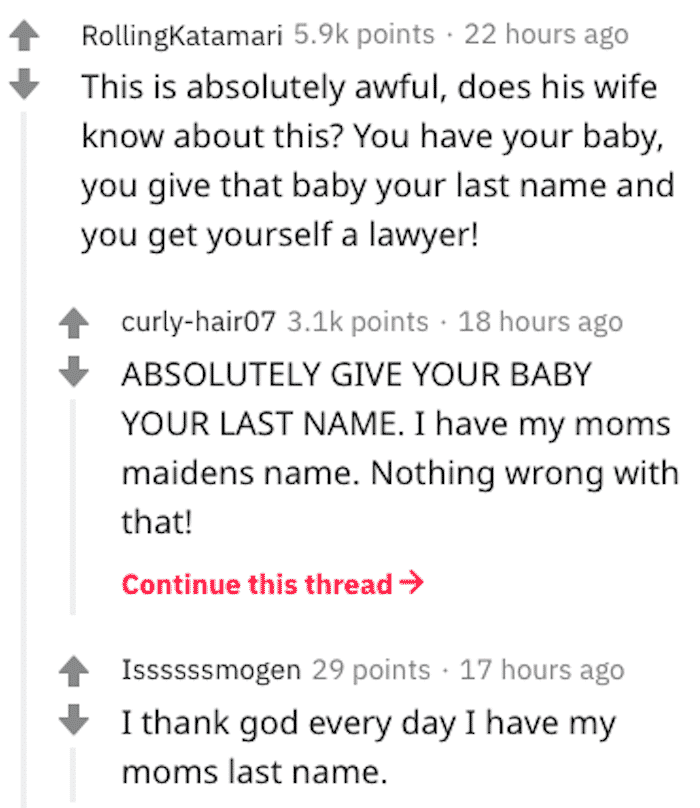 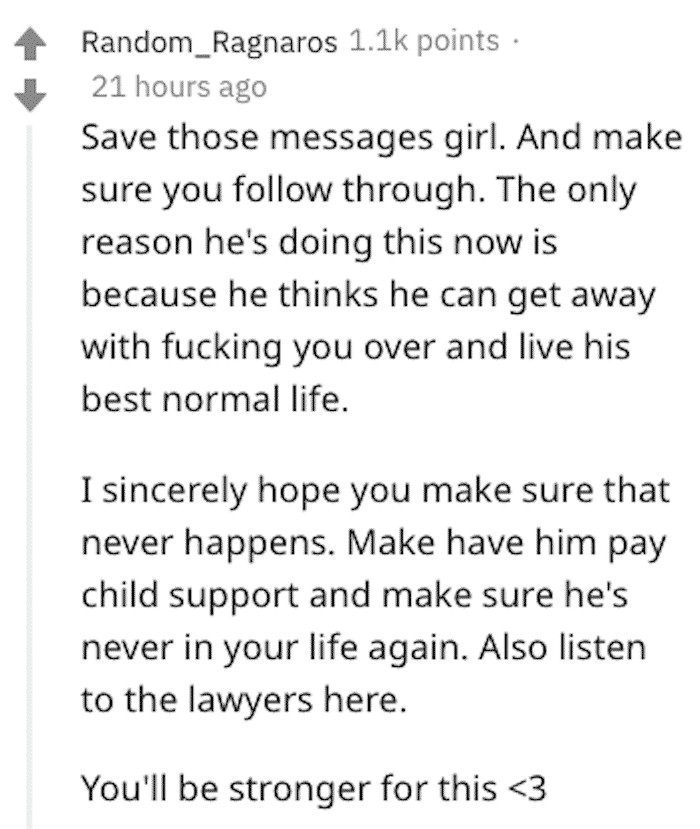 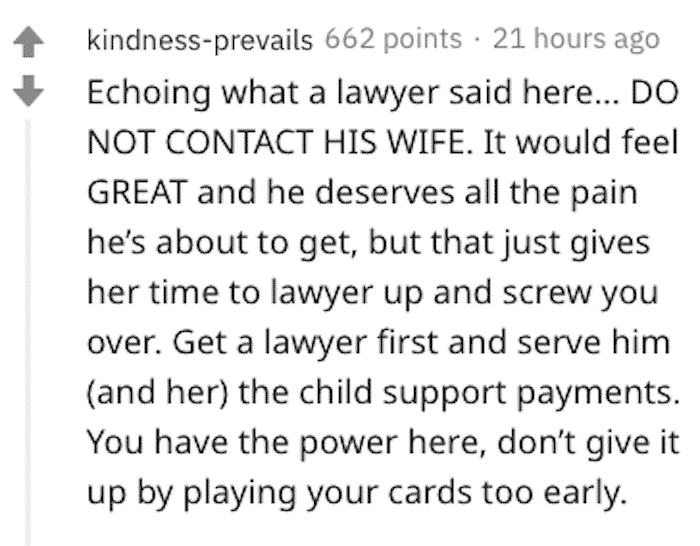 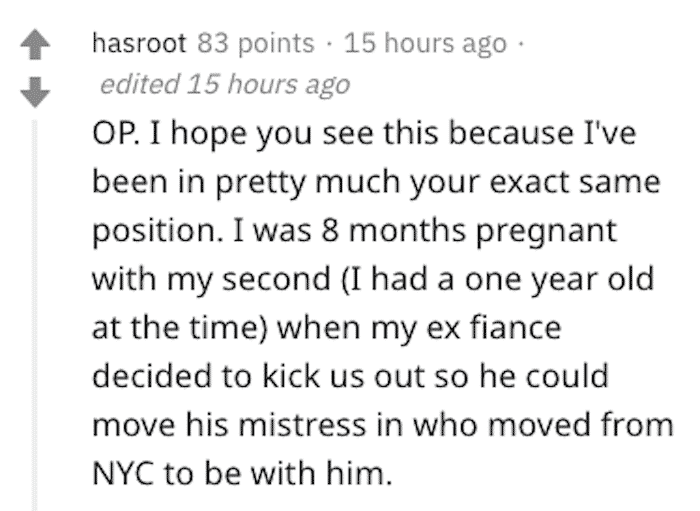 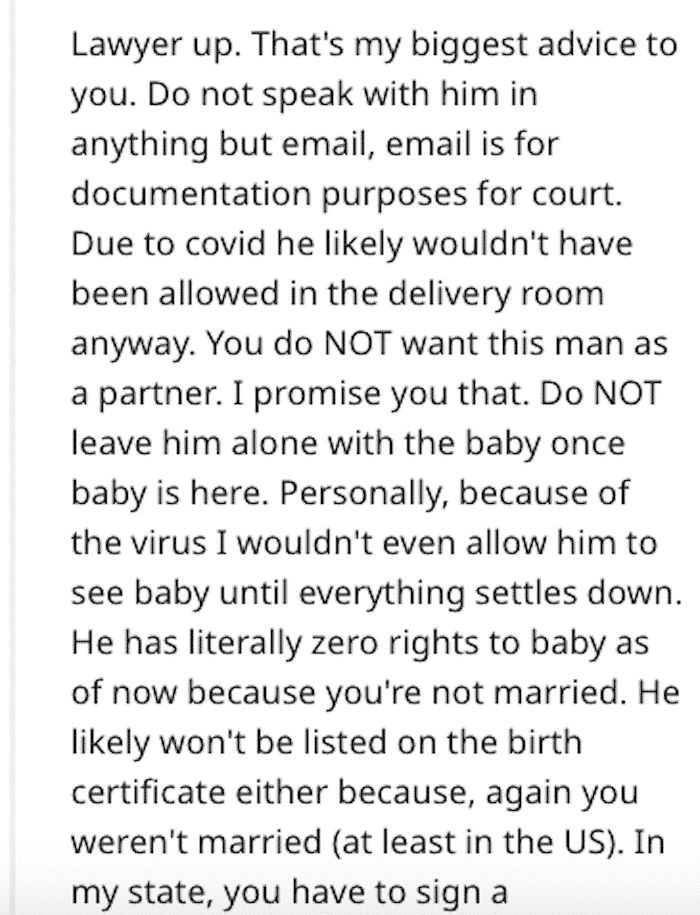 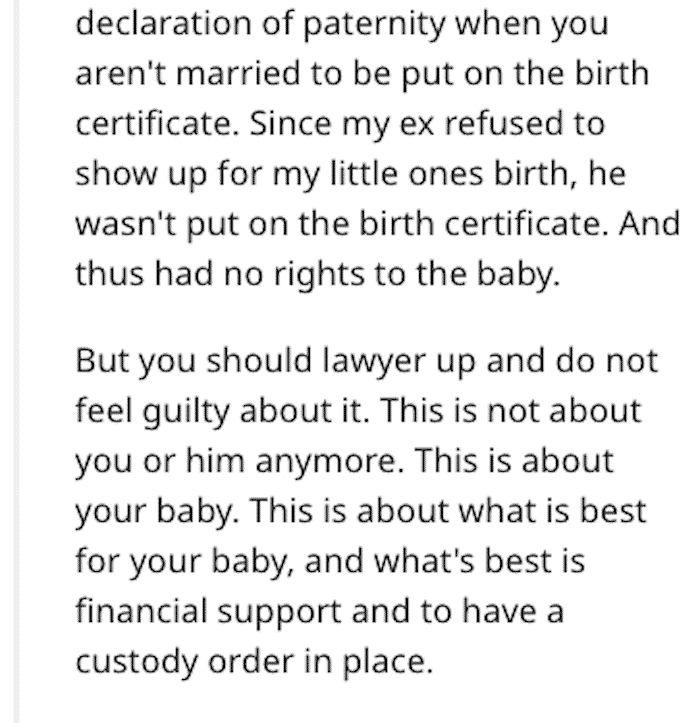 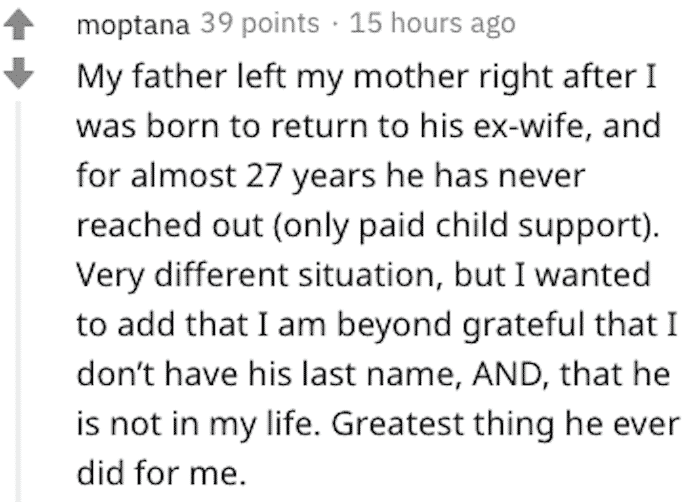 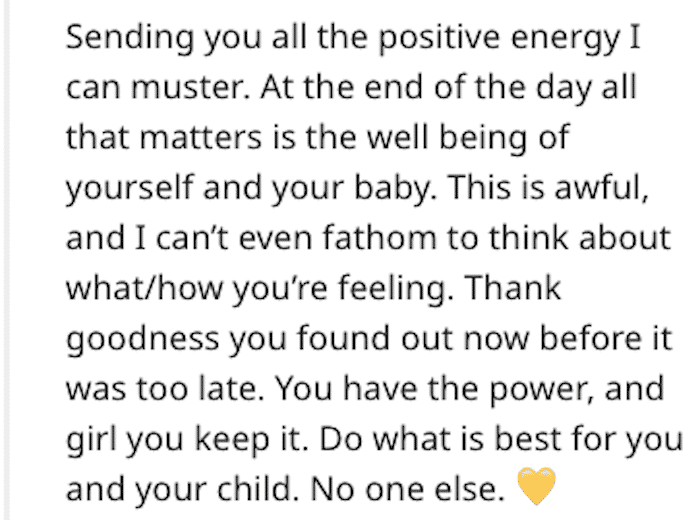 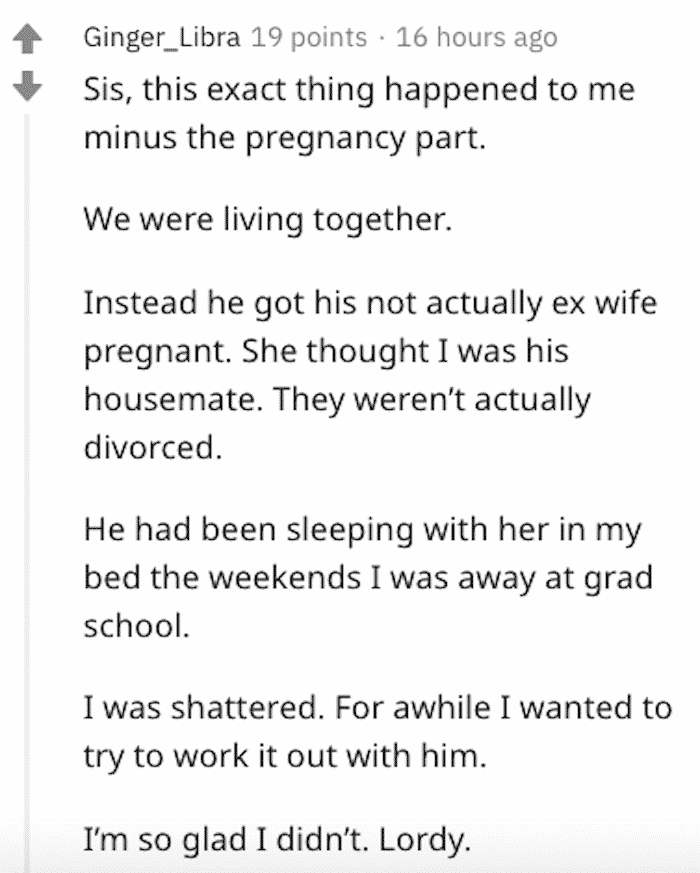 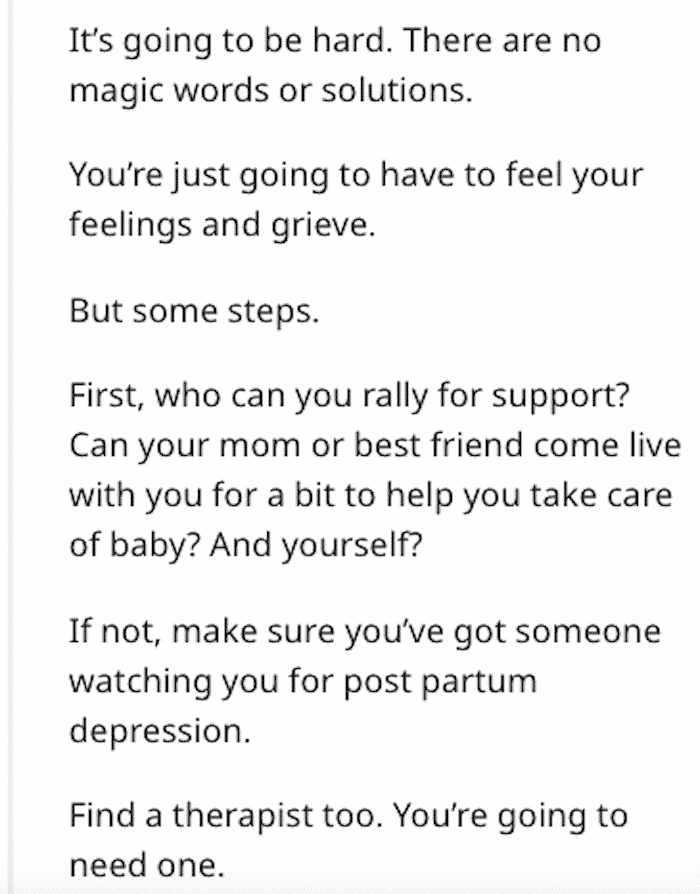 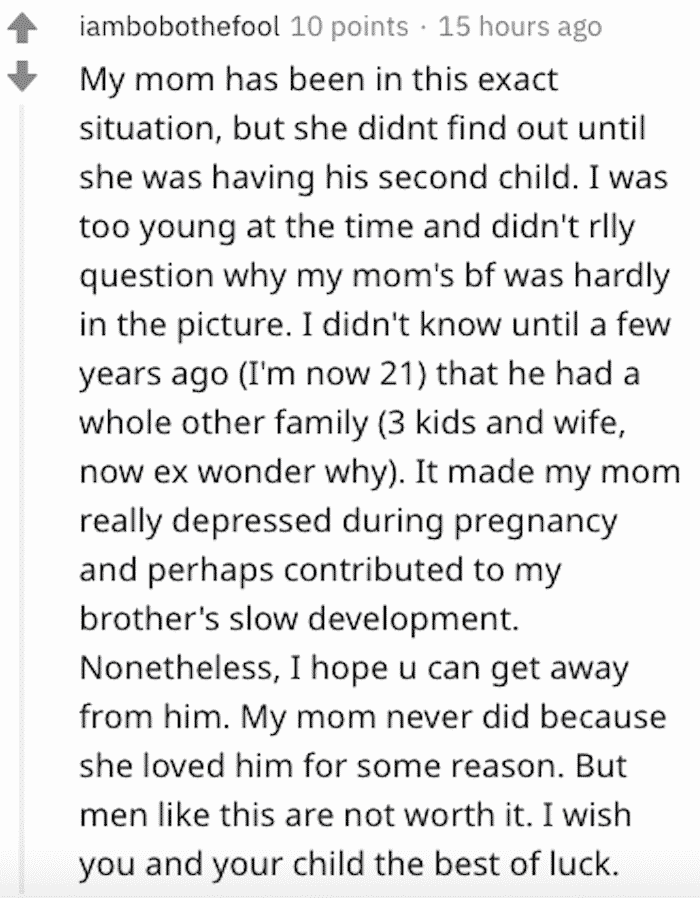 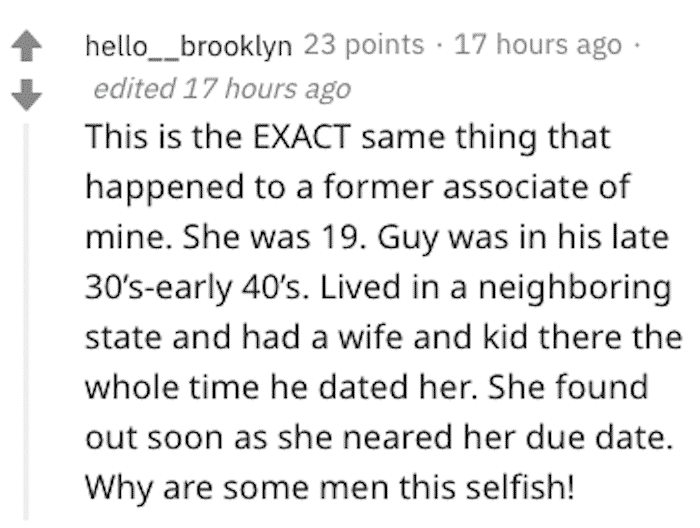 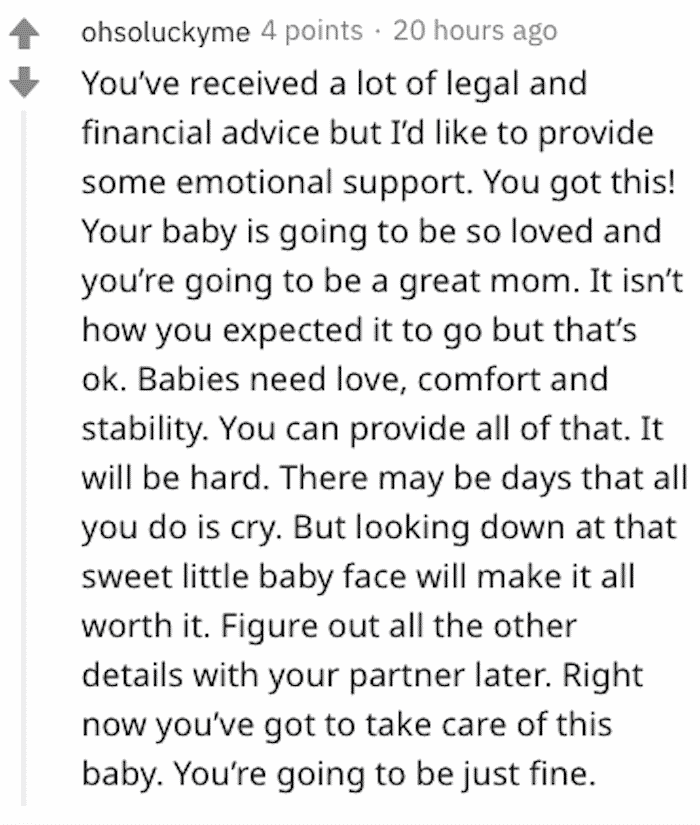 She later posted an update saying that she was grateful for the advice, and also for the folks willing to admit they’d been through something similar:

To everyone who shared their stories with me: thank you. thank you so much. you feel like the dumbest fucking person in the world when this happens to you and knowing it happens to people all the time is a weird comfort even when you wouldn’t wish it on anybody. I don’t think of myself as a trashy or generally stupid person, just a person who was blinded by love and naivety and has learned a really hard lesson a really hard way.