Dating is hard. People have different expectations, needs, and priorities.

It gets harder as you’re older and have kids to think about, and other responsibilities that have to come before finding a relationship. It makes sense that people are looking for partners who can fulfill them on multiple levels. That said, a date is absolutely not free lodging. I repeat: you should not be trying to date just so you have someplace to stay. If you do this, you are what is known as a hobosexual.

It’s hard to tell how long Jackie Cameron knew this date before he invited himself to live with her, but reading their text messages, it doesn’t seem like very long. Cameron shared screenshots of the texts on Facebook, jokingly writing:

“‘Gimmie Gimmie.’ I met this dude while fishing and he’s been texting me trying to come to Bakersfield (he lives in Paso). He wanted to head out today but I was going to be pretty busy so turned it down. And then….#singlelife.”

Her beau initially offers to make her dinner, but she tells him it’s not a good night. He reveals he’s bummed, because he really needed someplace to stay! 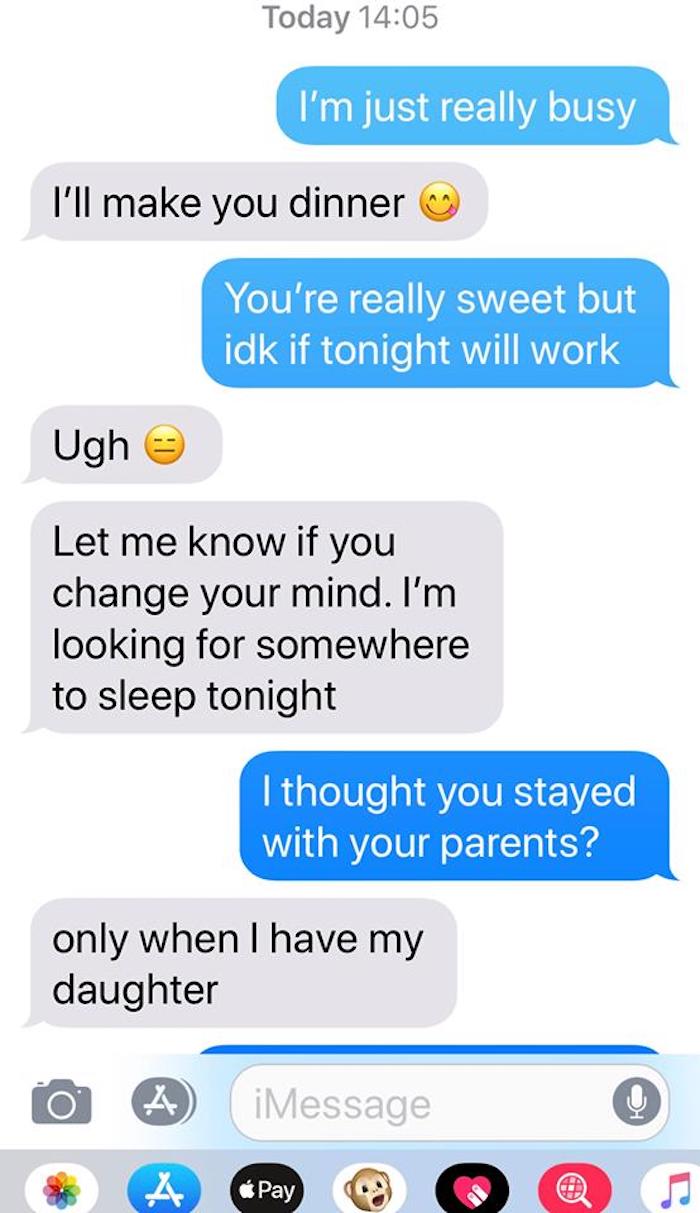 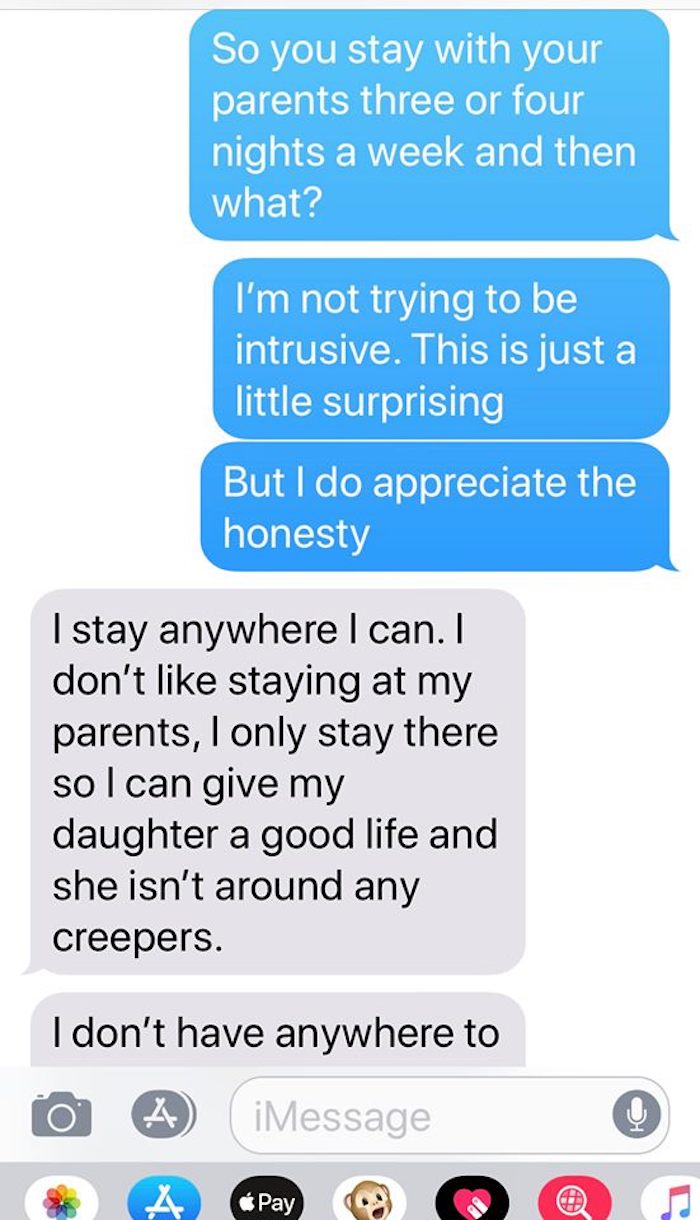 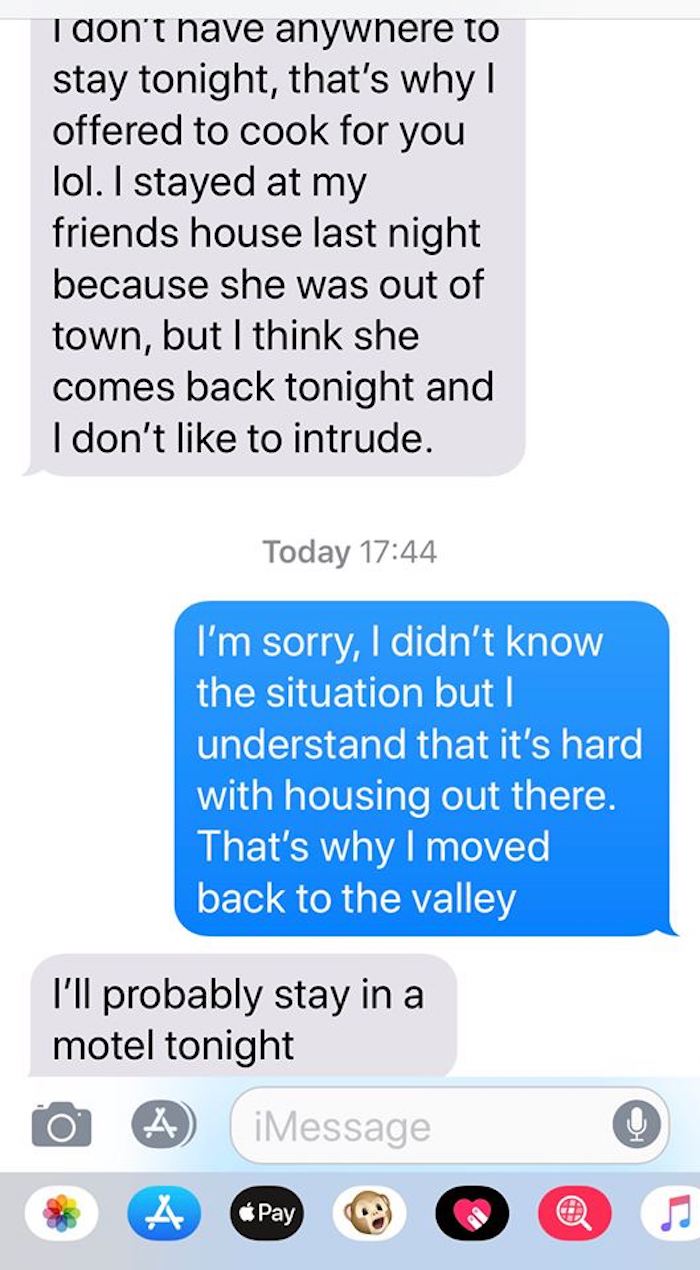 Somewhat understandably, Cameron lets him down easy, saying she’s not looking for a hook up. She wants a serious relationship, and she thinks a guy with a kid and no stable home life isn’t in a  place to start one. Spoiler alert: he doesn’t like that. 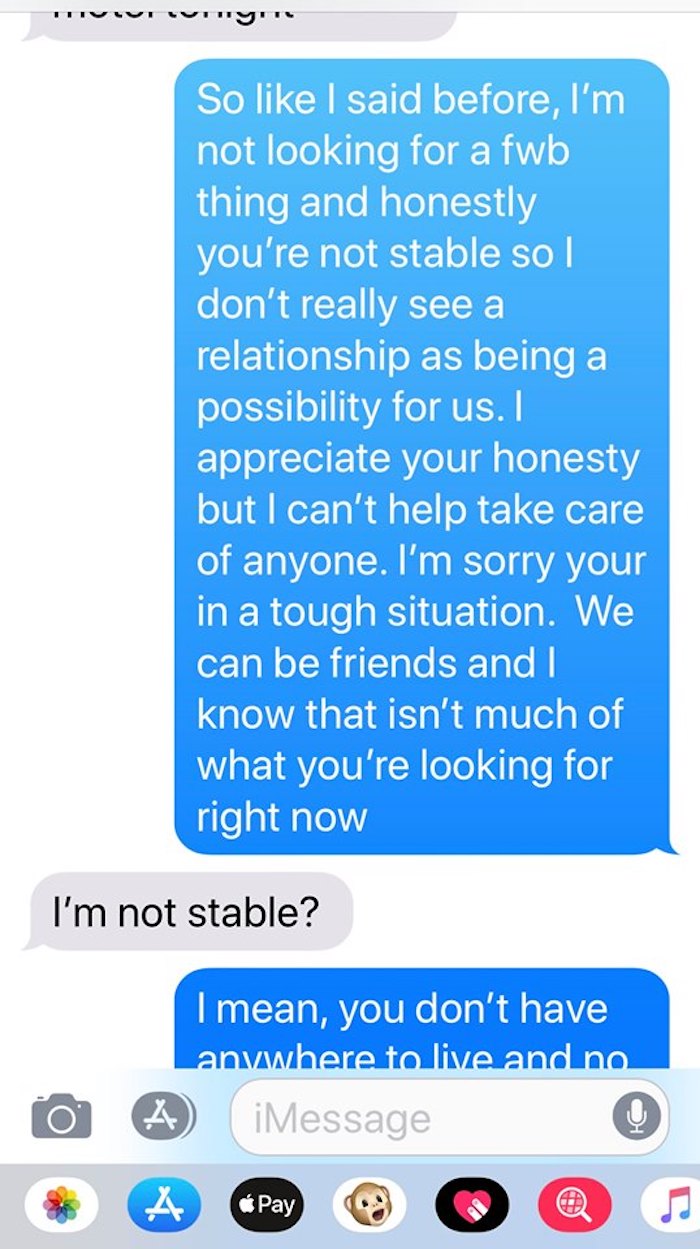 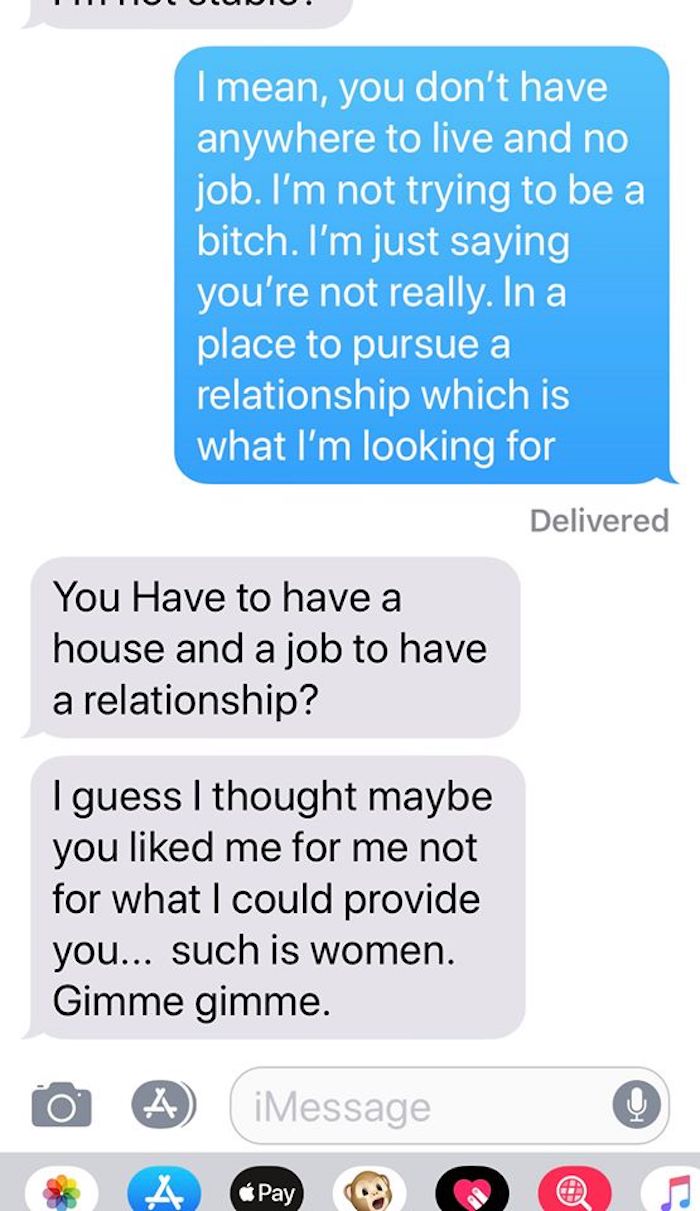 Gimme gimme! Bud, you got nothing to give.

There definitely are people out there who are trying to get monetary gain from someone out of a relationship rather than love or companionship, but this guy should be talking into a mirror. There’s nothing shameful about being homeless. Times are hard and if someone is struggling financially, they deserve compassion. This guy, however, is asking for a whole lot and then acting pissy when he doesn’t get it.

And Cameron added a final screenshot to clarify that the man admitted this wasn’t even a temporary setback. His preferred lifestyle is “stay at home dad.”  I’m sorry, whose home? 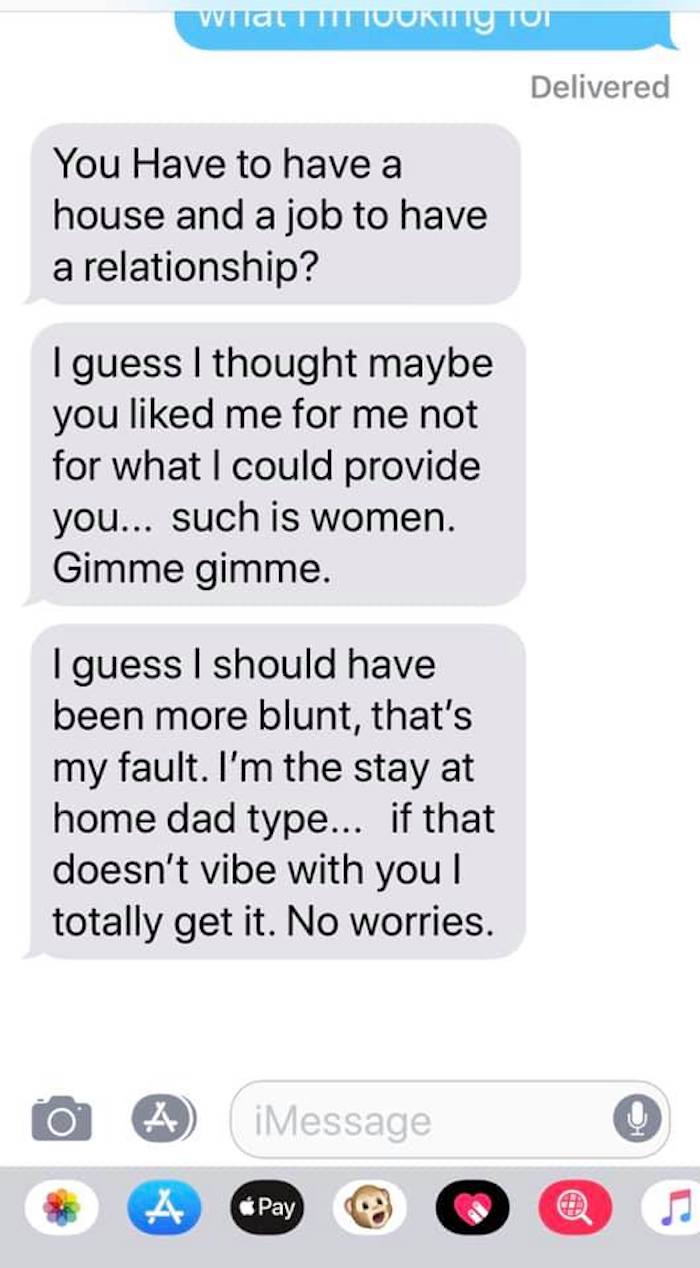 Since Cameron doesn’t have any kids, that’s not a terribly appealing offer.