Look, there’s a lot to love about Tinder.

It’s an amazing resource for finding a date fast, and all the energy you need to put into that is swiping your thumb left or right.

Certainly a far cry from the days of having to troll bars of drunken bros and bachelorette parties in order to meet someone.

Plus some of the bios are hilarious… 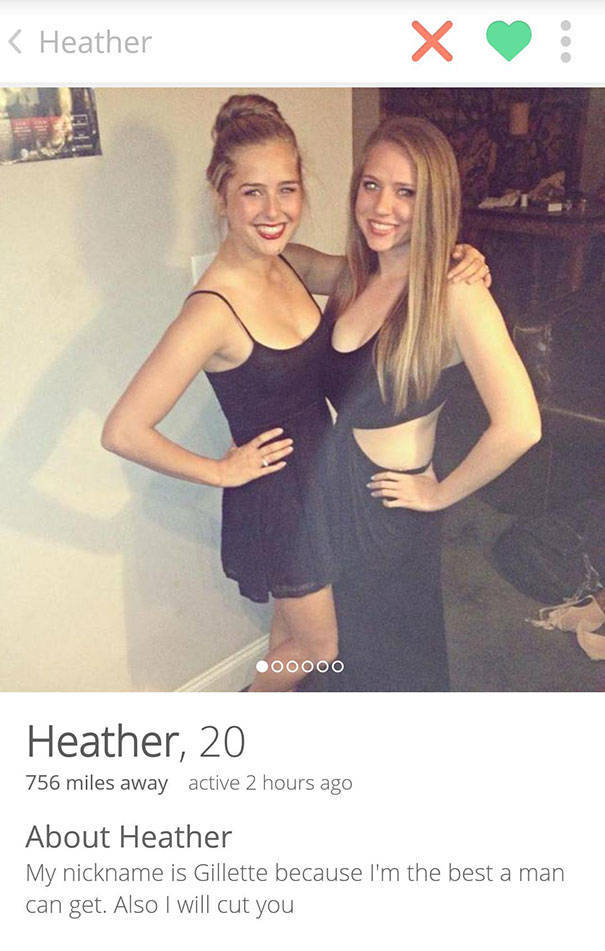 But, as any woman (or man, frankly) can tell you: there’s a lot NOT to love about tinder.

I mean, for starters, the DMs escalate from “Hi!” to “Let’s bone” instantly.

And then there’s all the over-sharing. 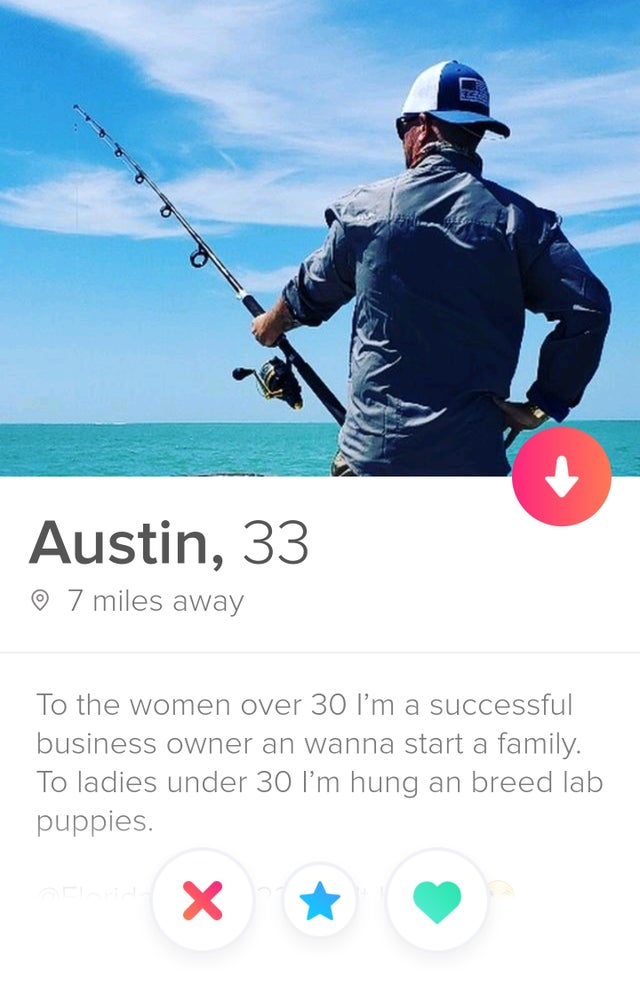 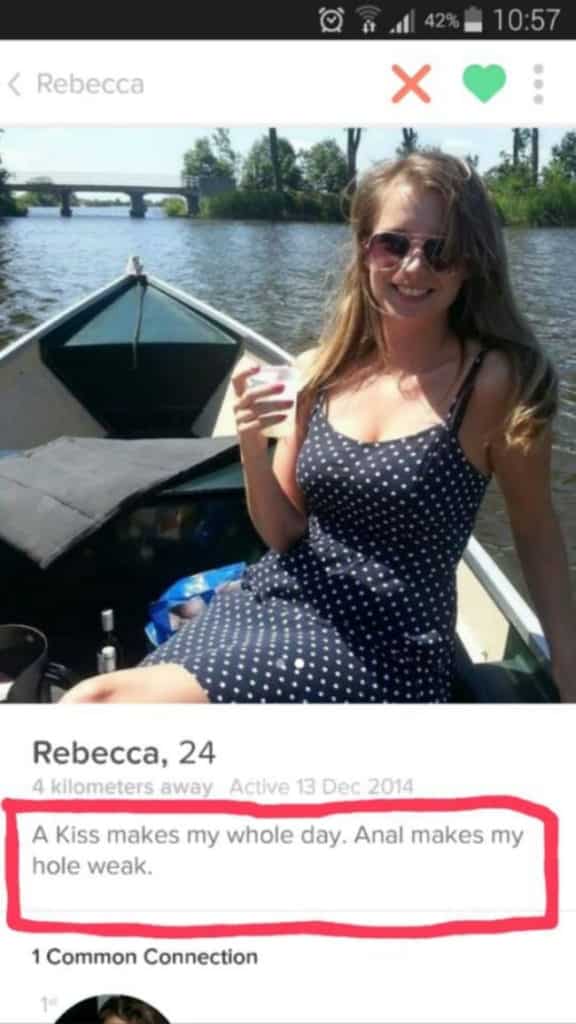 And then, of course, there are just d-bags, like the one this Twitter user dealt with recently… 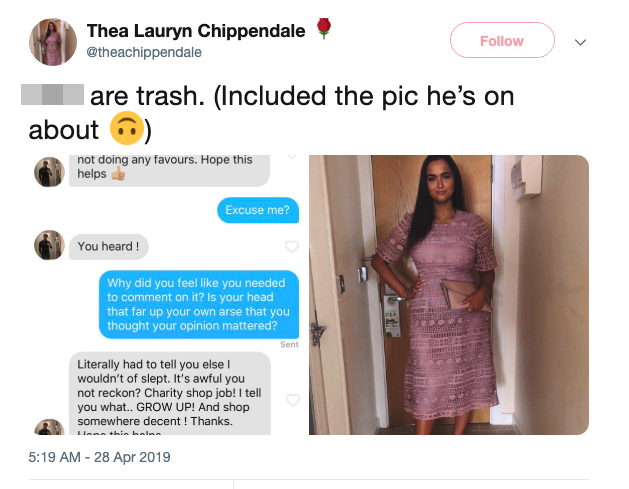 George explained that he simply couldn’t help himself. “Literally had to tell you or else I wouldn’t have slept,” he wrote. “It’s awful you not reckon? Charity shop job I tell you what.. GROW UP! And shop somewhere decent! Thanks. Hope this helps.” 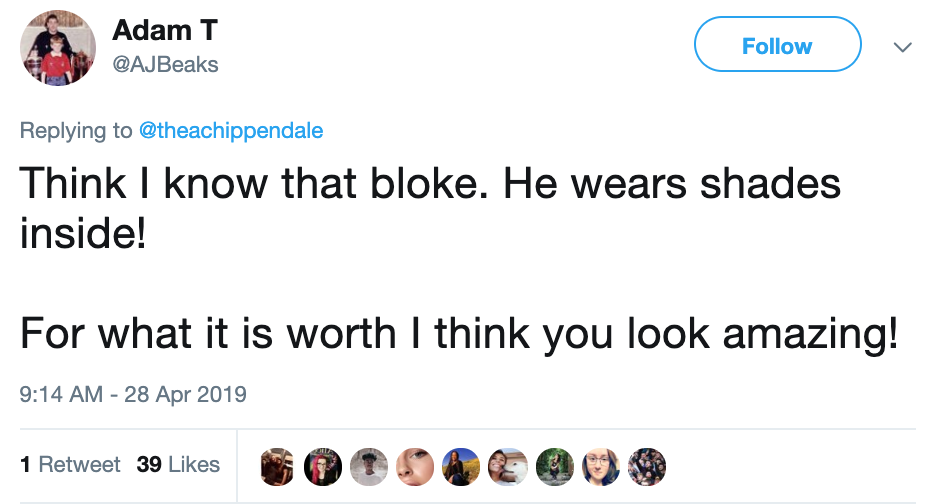 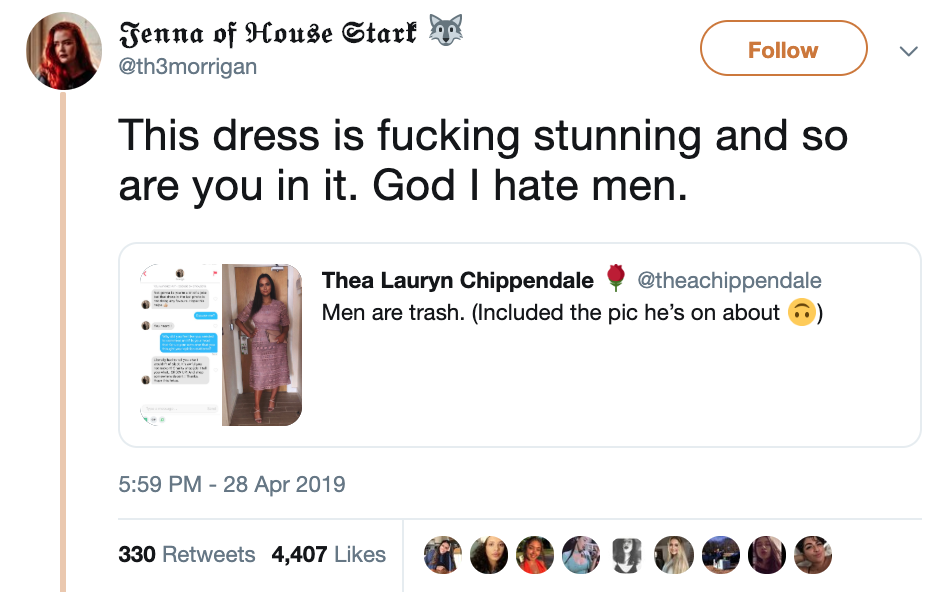 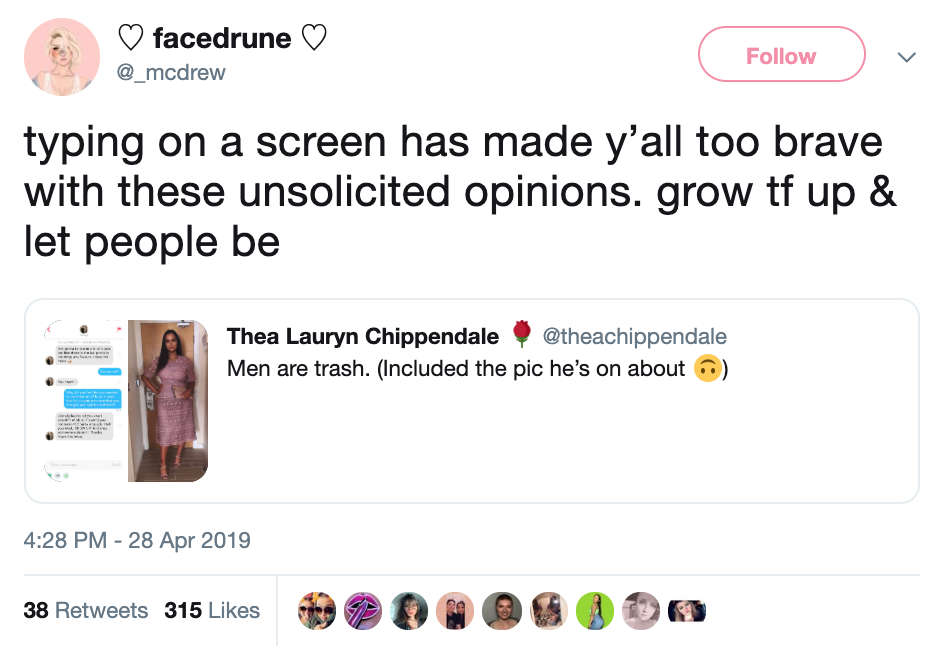 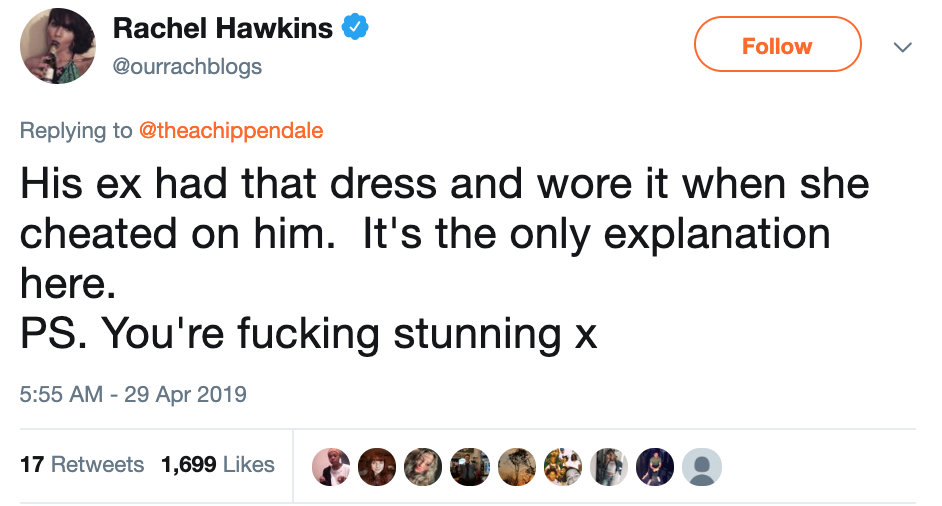 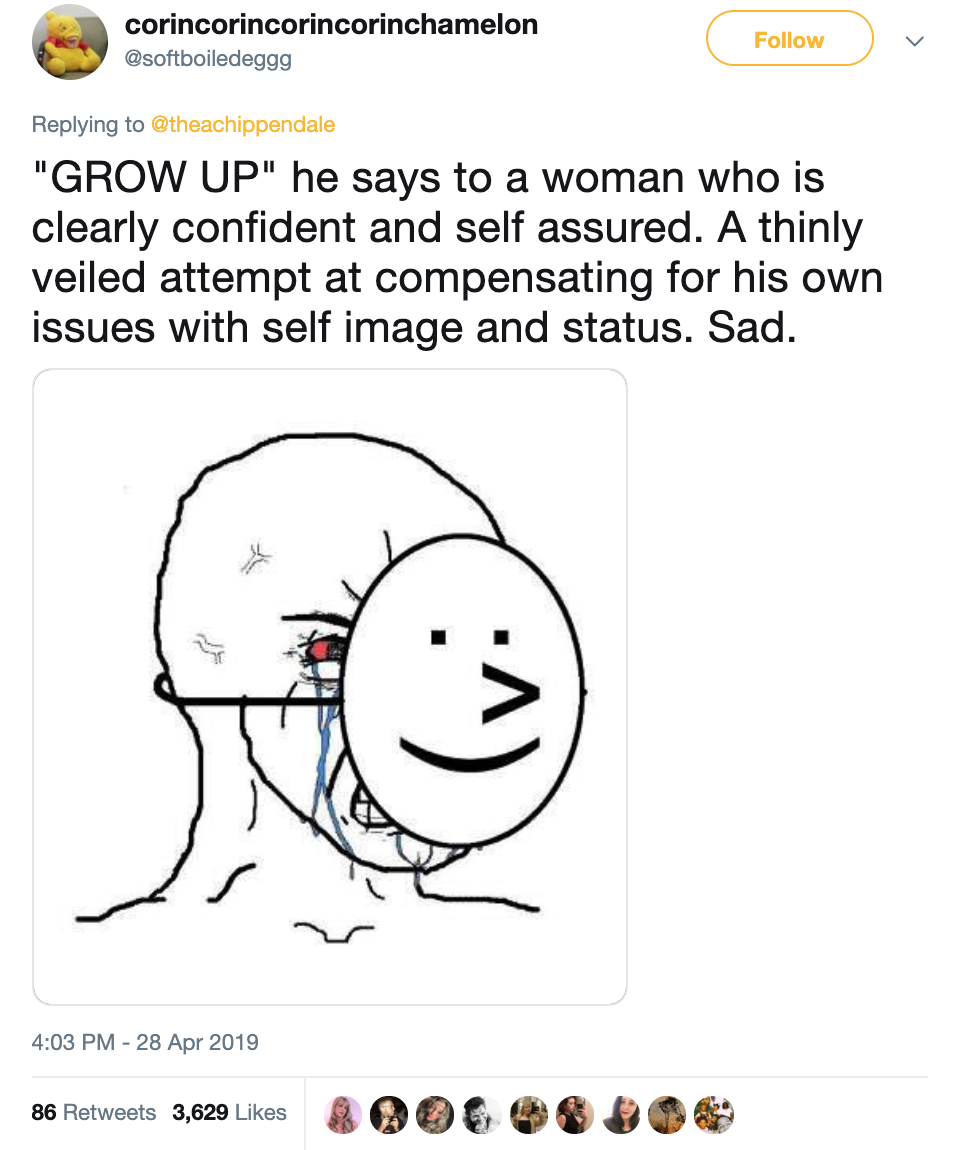 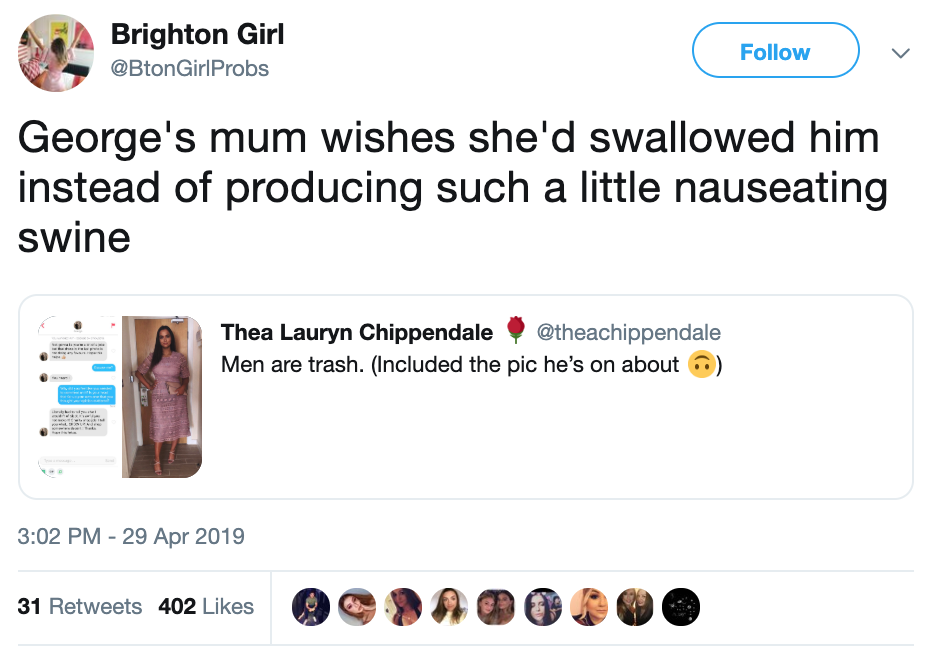 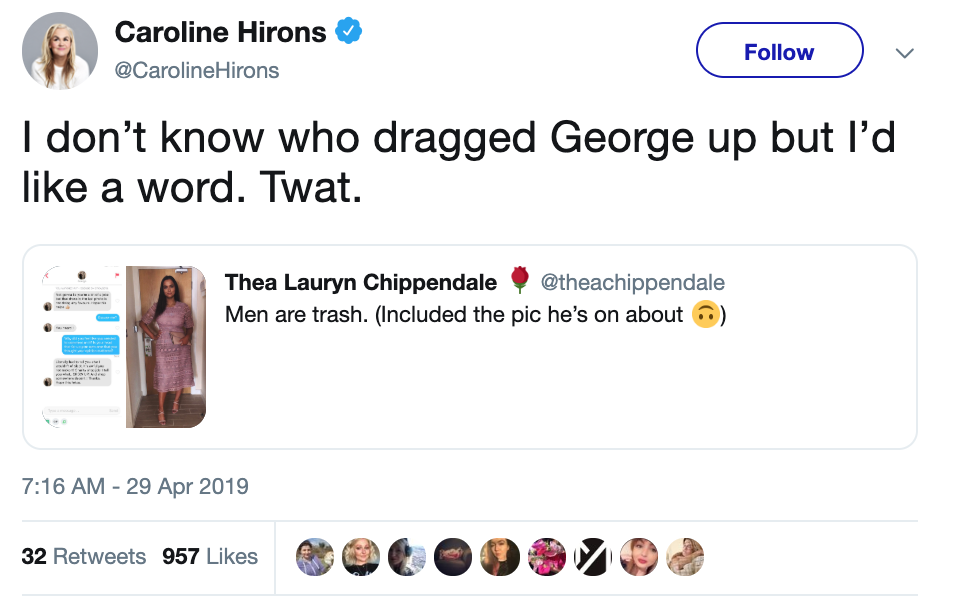 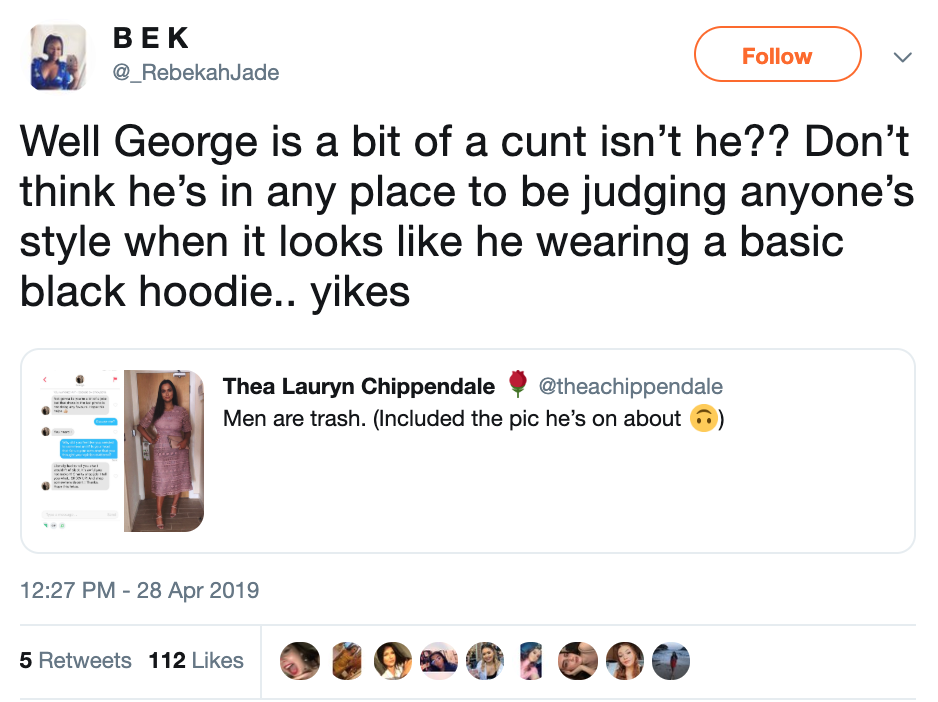 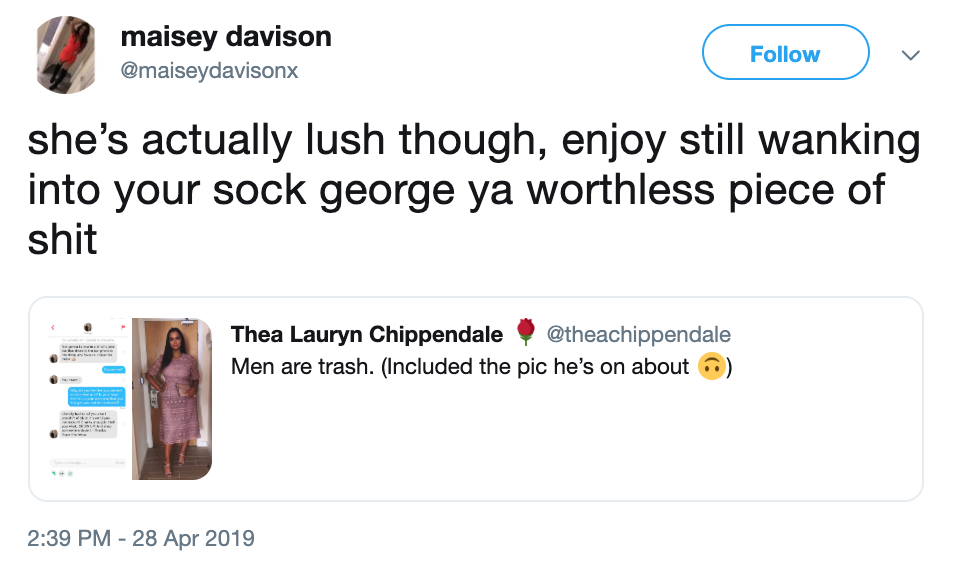 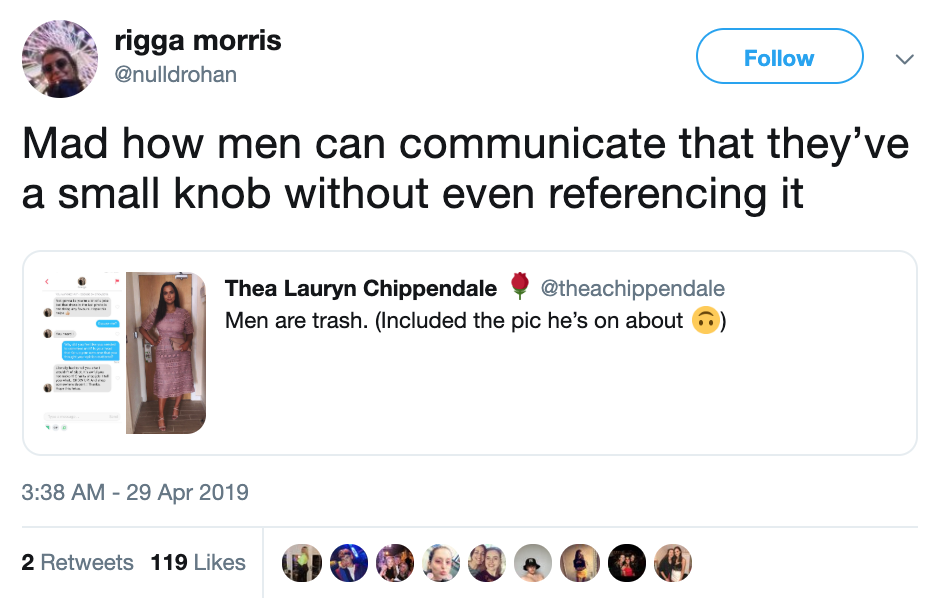 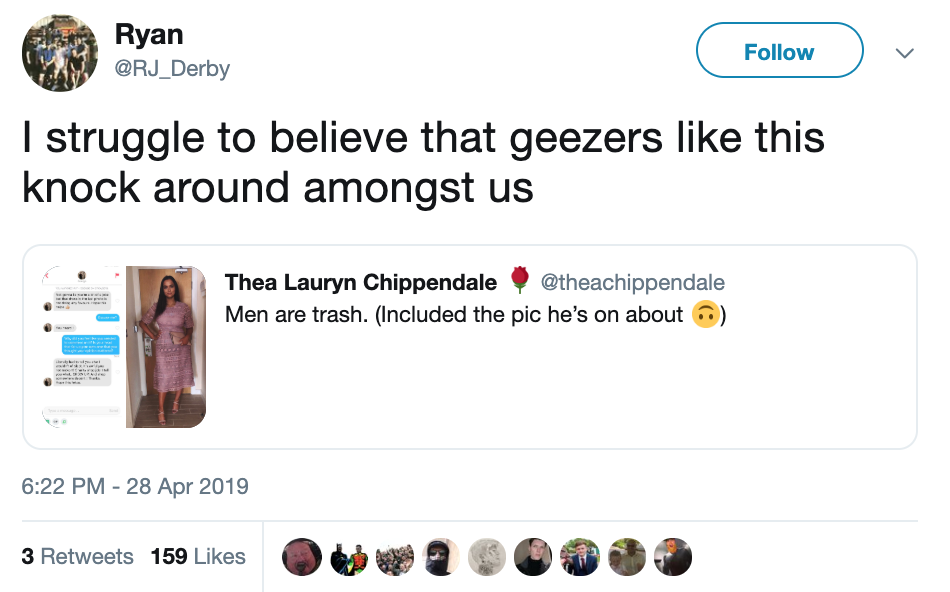 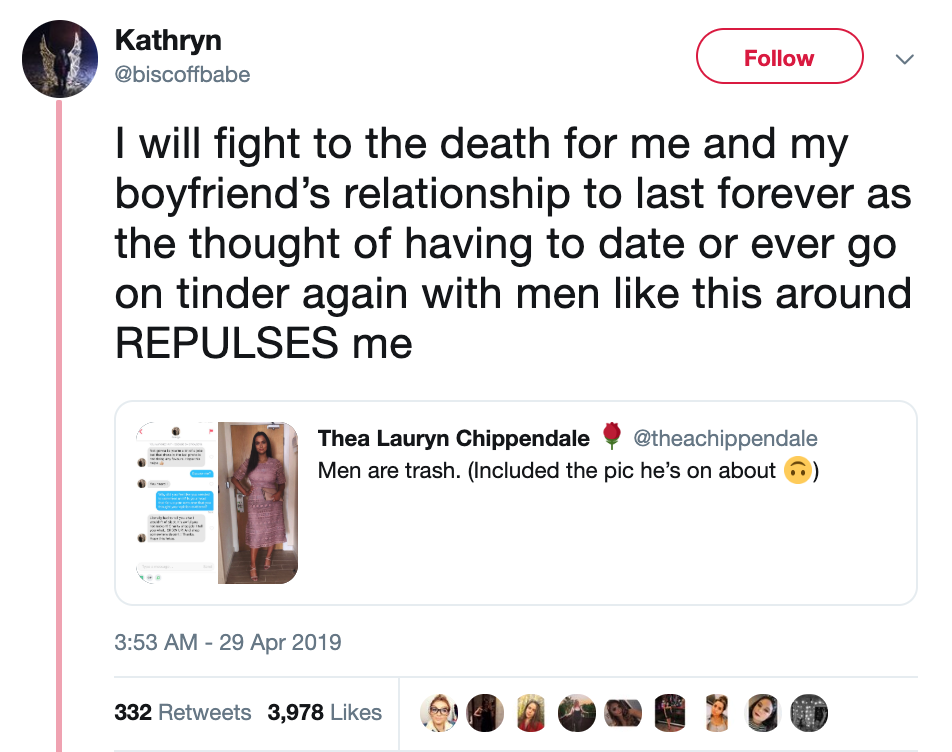 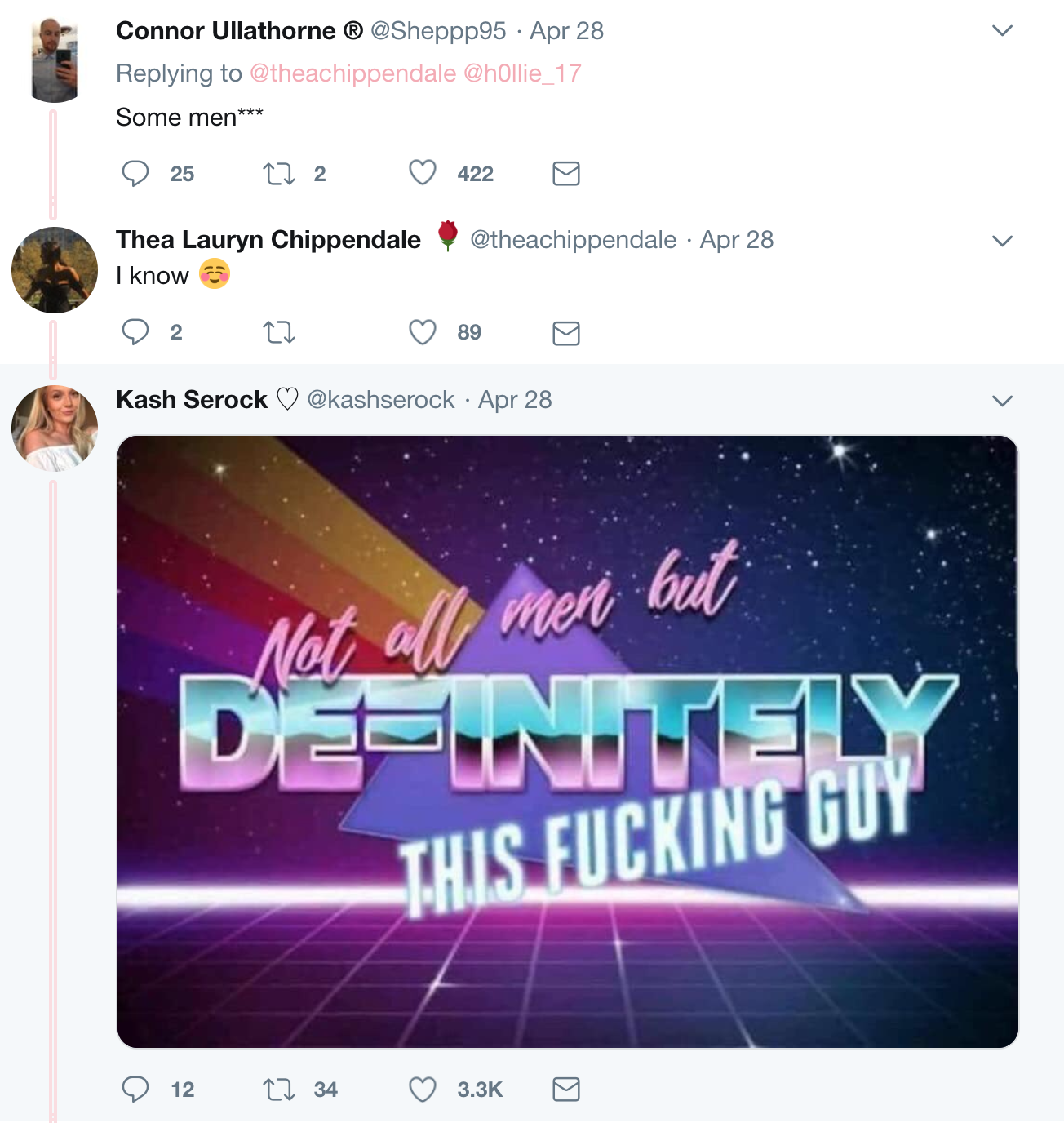 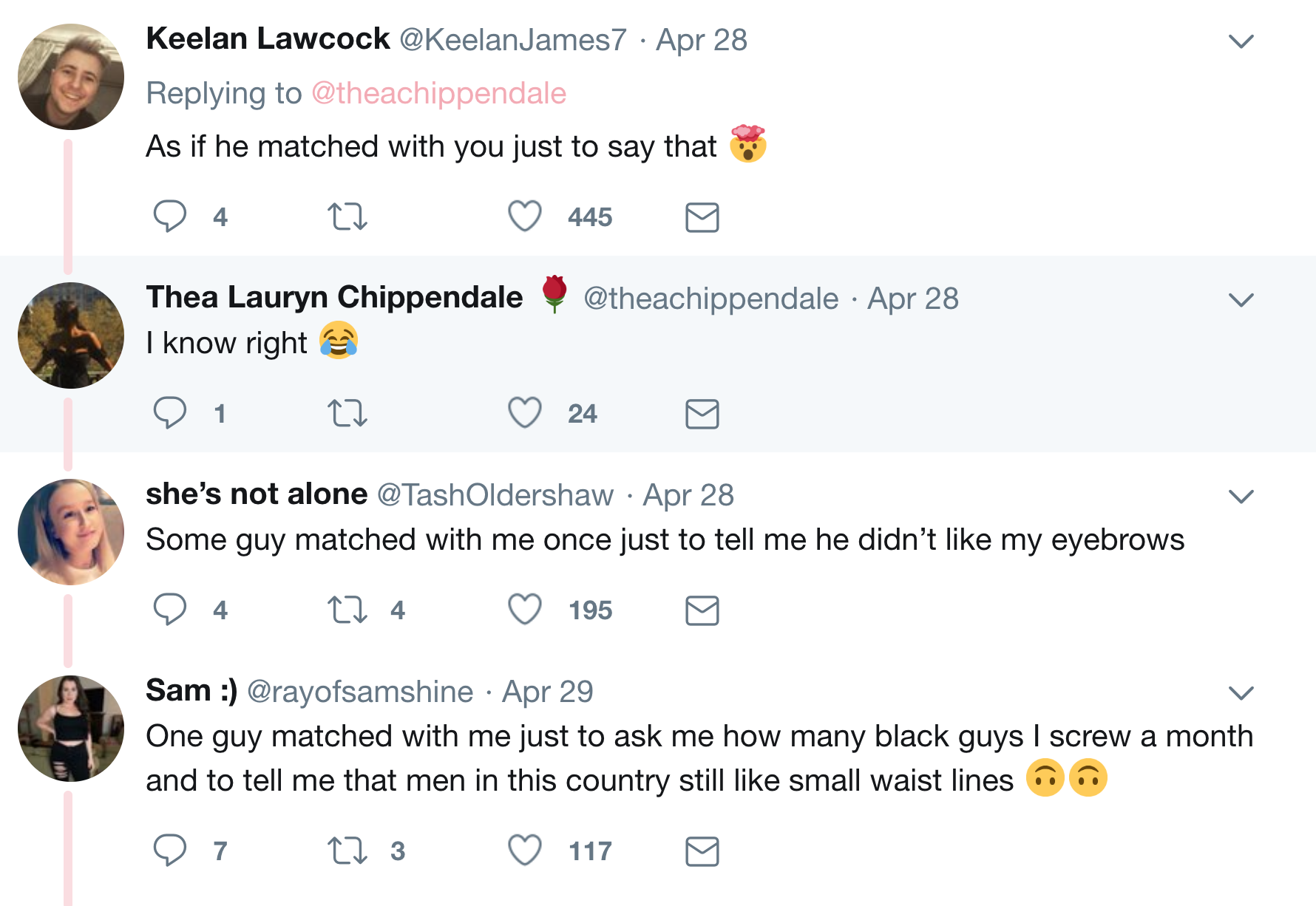 She is now modeling the dress for ASOS