As someone who ate eggs this morning, it has been unpleasant to learn about all the ways those eggs could contain salmonella immediately afterward—but it has been fascinating.

The topic has becomes quite popular due to a video that went viral on TikTok made by Mauren Sparrow. In it, she breaks down a phenomenon that many people might not be aware of: America is just about the only country in the world that refrigerates their eggs.

Our eggs also cannot be exported to other countries that have different standards for contamination. Sparrow broke down why in a very short and informative video.

People are finding it eggtremely edifying. “Did you know the United States is the only country that refrigerates their eggs?” 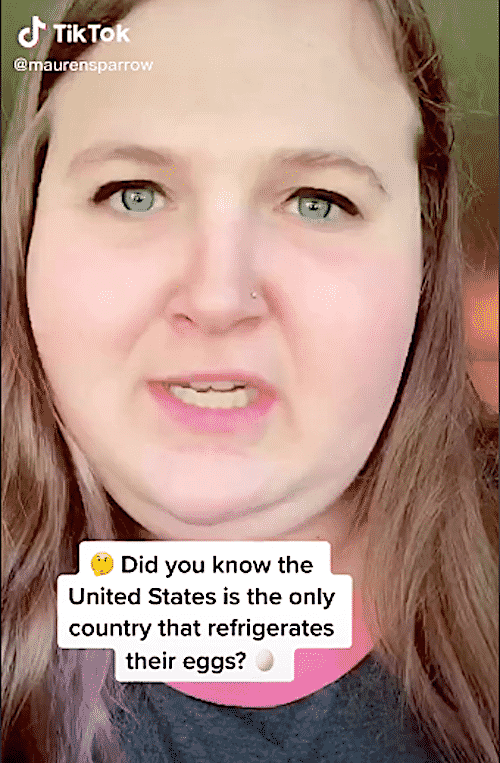 “The U.S. Department of Agriculture (USDA) determined that the best way to fight Salmonella contamination is by sanitizing the eggs before they reach the consumer.” 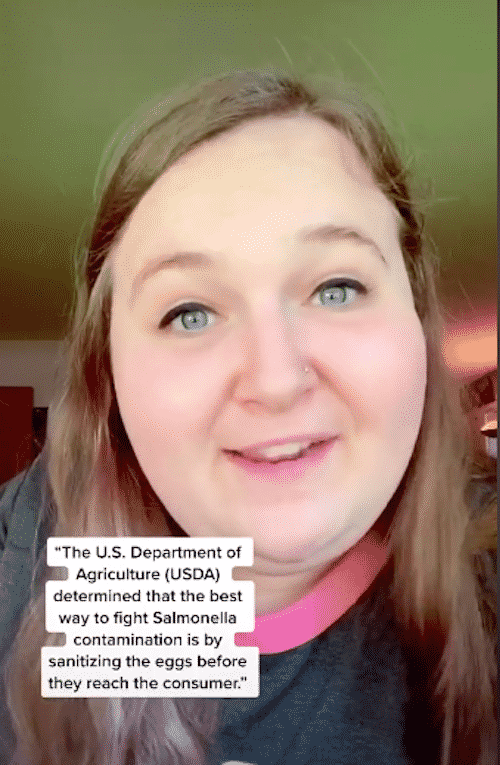 “The washing process removes contaminants but it also removes the natural coating of the egg, leaving the shell porous.” 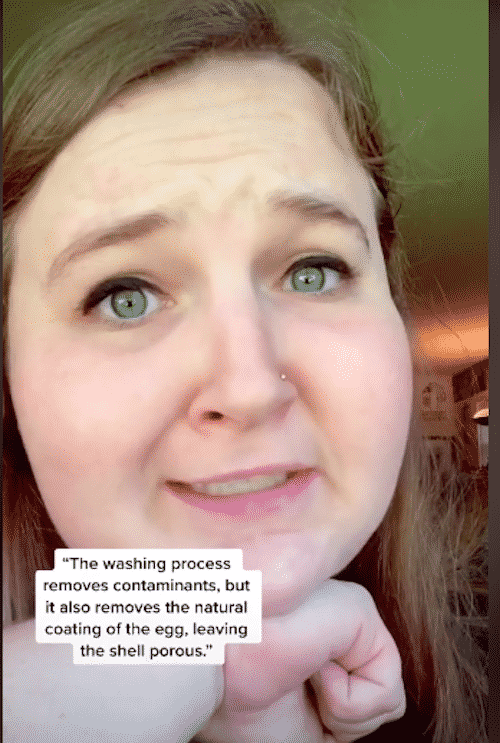 “In other parts of the world such as Europe, authorities approach the threat of salmonella quite differently. Eggs are not required to go through extensive washing, which leaves the protective coating on the egg….authorities feel it is safe for them to be sold at room temperature.” 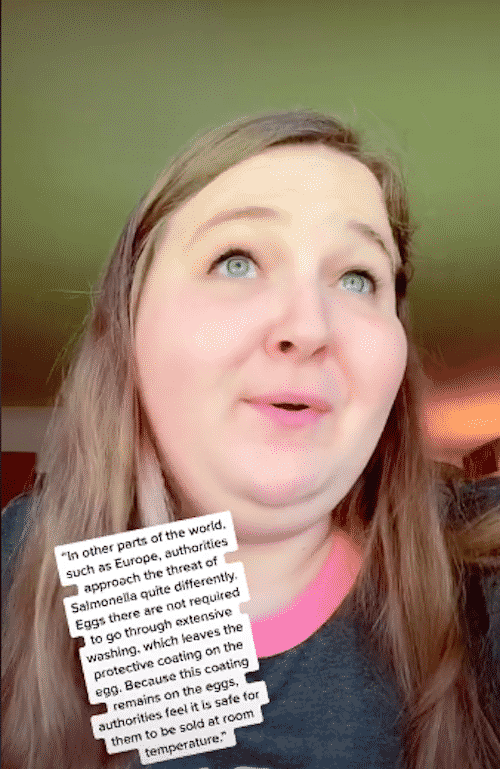 “Once eggs have been refrigerated it is critical they remain that way. A cool egg at room temperature can sweat, facilitating the growth of bacteria.” 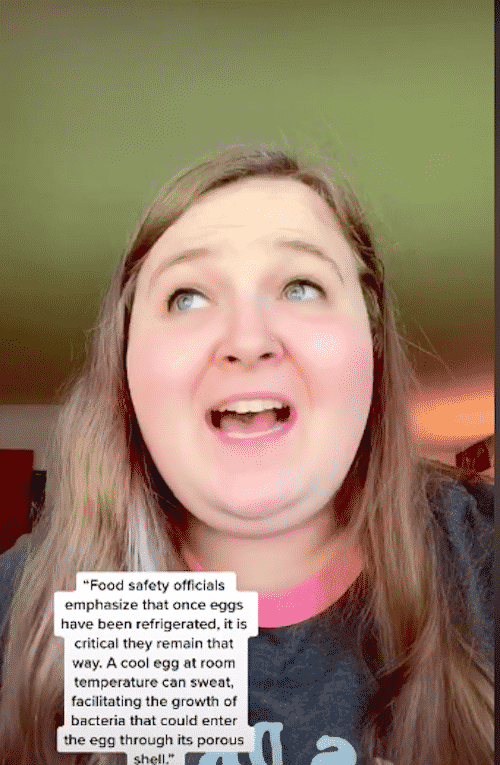 “Cook your eggs to the correct temp.” 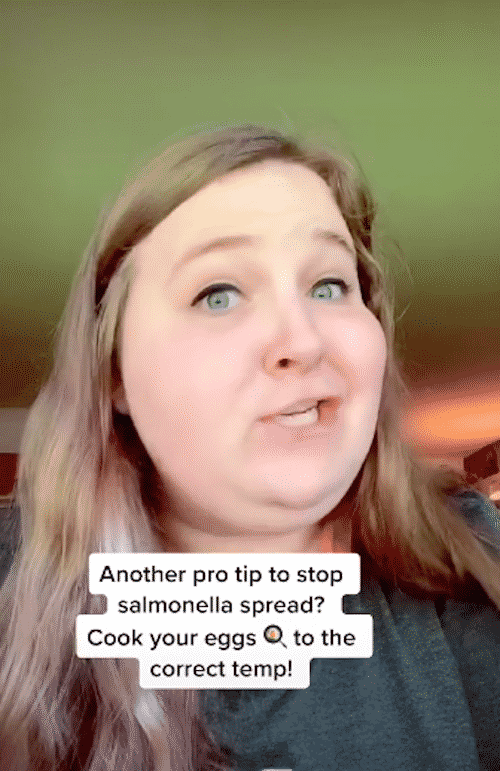 There are a lot of tweets about Americans refrigerating eggs right now, either because of this TikTok or because people have too much time on their hands to think about eggs:

why do americans refrigerate their eggs……….

do you refrigerate your eggs or are you normal

just saw a tweet questioning why americans refrigerate their eggs and im kinda shooketh. does this mean that not everyone does this???? my life is a lie

things i should be doing since i have free time for the next 2 hours: researching for the research paper due in less than a week
what i am doing: lying in bed watching youtube videos on why american refrigerate eggs

Sparrow’s story really only touched on one part of it. Agriculture in the U.S. is run very differently than in many other parts of the world. In the U.K. most chickens are free-range, according to Business Insider, whereas in the U.S. they’re collected from massive hen houses where the chickens are compelled to sit in their own filth as they lay. That increases the chance of spreading bacteria, as you might imagine. Also in the U.K., farmers vaccinate chickens against salmonella, a far less common practice in the U.S.

Truly, the more you know…the less you want an omelet.