A woman shopping at Target left fellow shoppers scratching their heads in confusion after she began dragging the basket holder around so that she wouldn’t have to carry her own basket full of groceries.

A video uploaded to TikTok shows the woman moving every single basket, except the bottom one, out of the holder in what looks to be the electronics section of the store.

“Maybe she wants the cleanest one,” says the man filming, who turned on his camera because he thought the woman was doing something strange.

But rather than take out that final, possibly least used basket, the woman just snatches up the entire holder and starts dragging it across the floor.

“That ain’t got no wheels,” the man comments to his companion. “This girl is really serious.”

The metal stand persistently screeches as it’s dragged across the ground, but the lazy shopper pays it no mind and simply starts loading up her basket.

However, the woman doesn’t get very far before she’s stopped by an employee who hears the scrape of metal on the ground and pauses to remove her basket from the stand.

The camera is too far away to pick up most of what they’re saying, but he appears to demonstrate for her how, exactly, to carry a basket while she argues with him and tries to take the stand back.

“How am I supposed to carry all of this? It’s heavy,” she says, apparently having never noticed those carts with wheels up at the front of the store.

They argue further, with her complaining that it’s “ridiculous that you don’t have wheelie carts in here,” seemingly referring to small baskets on wheels you can drag around like luggage, something most stores definitely do not offer.

She eventually stalks off with just the basket, leaving the Target employee to return the basket stand to its rightful place.

While this isn’t as egregious as the people wandering around stores getting in fights over refusing to wear a mask, or putting their blatant racism on display, it’s still plenty ridiculous.

“Did she not wonder why there weren’t any wheels… or why the metal WAS SCREECHING AGAINST THE FLOOR?!” asked @hereschronny.

But others are insisting the whole thing was staged, with one person pointing out that the TikTok videos were posted by @jibrizy, who sometimes makes videos with The Anna Show on Facebook, commenting that at a distance, the woman wearing a mask and sunglasses indoors sounds like the prankster from the show. 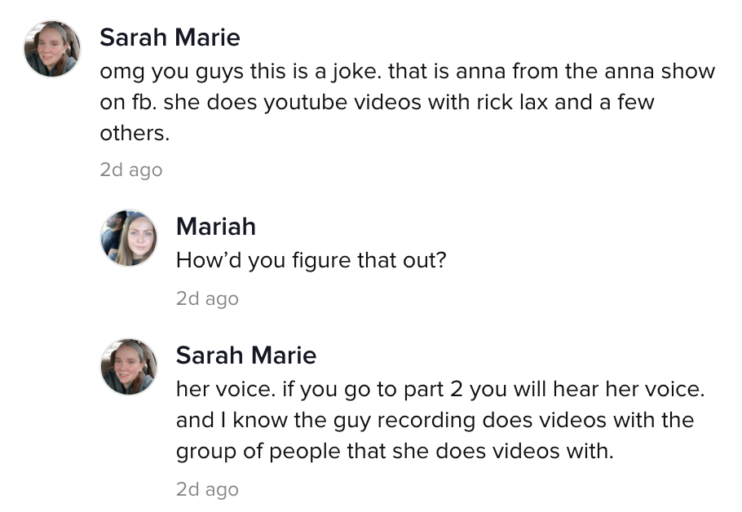 Whether this particular incident was staged or not, several people chimed in claiming to be Target employees who have witnessed things like this firsthand.

“I used to work at Target. They for real do this,” wrote @shoedimae. “When they find out it’s to basket holder be like ohhh…..lol.”