Last week, you tried to replace Baby Yoda with Babu Frik. This week, you’re trying to replace him with Baby Sonic. Can’t you just let a lil’ green guy live? The answer is “no,” isn’t it?

A Japanese trailer for Sonic the Hedgehog dropped and it revealed a little surprise. 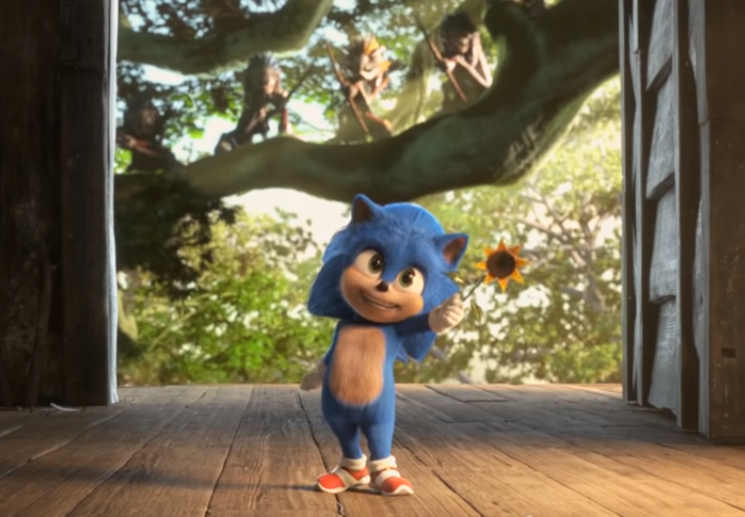 Me scrolling through my shitty timeline and then discovering BABY SONIC pic.twitter.com/4a1R8IR6VK

Based on how the original, teeth-filled Sonic design looked, it was kind of a surprise how adorable Baby Sonic is.

WAIT, ARE YOU TELLING MEWE COULD HAVE GOTTEN A BABY VERSION OF OLD MOVIE SONIC?????

WE WERE R O B B E D pic.twitter.com/t1x9DQfXBa

i would do anything to see the fucked up original pre-fixed design of baby sonic. show me awful baby sonic

Imagine what it would’ve looked like with the original movie design.

One Twitter user pointed out that it could have been worse. So much worse.

since we’re talking about baby sonic, remember this monstrosity from sonic underground? pic.twitter.com/RIKQKPFyyE

Of course, we can’t just have two perfectly nice, adorable, serotonin-pumpin’ babies and be happy with it, right? No, we have to try to make it a competition.

Even THE MEDIA is in on it.

It almost makes us wonder which baby will we get next?

… Is it finally time for Baby Mega Man to shine? (yes, this is official) pic.twitter.com/ETzYGuoLNQ

Personally, we’d like to see a baby Ecco the dolphin.

However, one has to ask: Is the discourse becoming TOO overrun with babies?