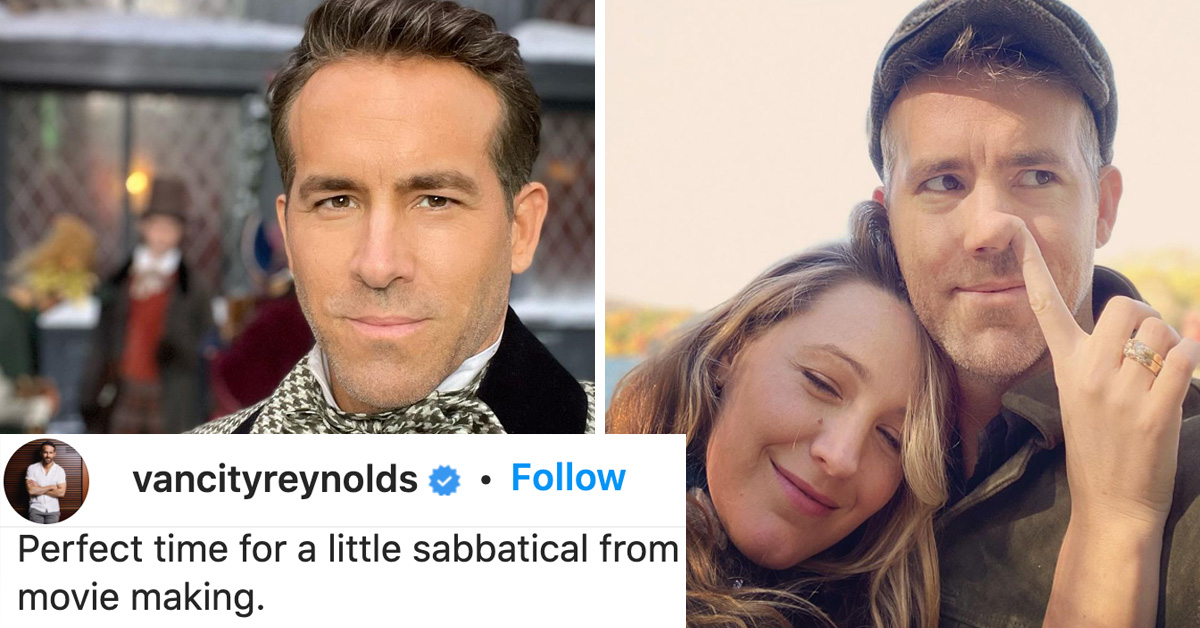 It’s official, Ryan Reynolds is done with acting. Well, not exactly. The actor recently took to Instagram to announce that he’s taking a break from making films, but his wife, Blake Lively, doesn’t seem to think it’s a big deal.

“That’s a wrap for me on Spirited. Not sure I’d have been ready to say yes to a film this challenging even three years ago,” Reynolds wrote alongside photos of himself on set with fellow actor Will Ferrell and other cast and crew members.

“Perfect time for a little sabbatical from movie making. I’m gonna miss every second working with this obscenely gifted group of creators and artists. These days, kindness matters as much as talent. I’ve been lucky to work with folks who are flush with both,” he continued.

He then went on to express his gratitude about being able to work with Ferrell and his reunion with Octavia Spencer, who was his co-star in The Nines.

While many celebrities and fans chimed in to send love to Reynolds and encourage him to indulge in a little self-care, Lively had something else to say. The former Gossip Girl slipped into her husband’s comment section to say, “Michael Caine did it first.”

Lively’s comment is a hilarious reference to the recent rumors that suggested Caine might be getting ready to retire from the craft. While that has not been confirmed, the joke still slaps. As fans of the duo already know, they’re constantly poking fun at each other on social media.

In an interview with People, Reynolds revealed that his daughters have also joined in on the fun.

“My wife [Lively] trolls the crap out of me. Why would I go online? I’ve got it right here at home. Even my daughters now troll me, so like I’m safe from nothing,” he explained.

Whether Reynolds’ sabbatical ends up lasting for a week or a year, one thing is for sure—he definitely deserves it. We’ve already seen him in two major movies this year, Hitman’s Wife’s Bodyguard and Free Guy, and there’s also his upcoming action flick, Red Notice, also starring Dwayne Johnson and Gal Gadot.

However, between the relentless trolling at home and his business ventures, he’ll probably still have his hands full.