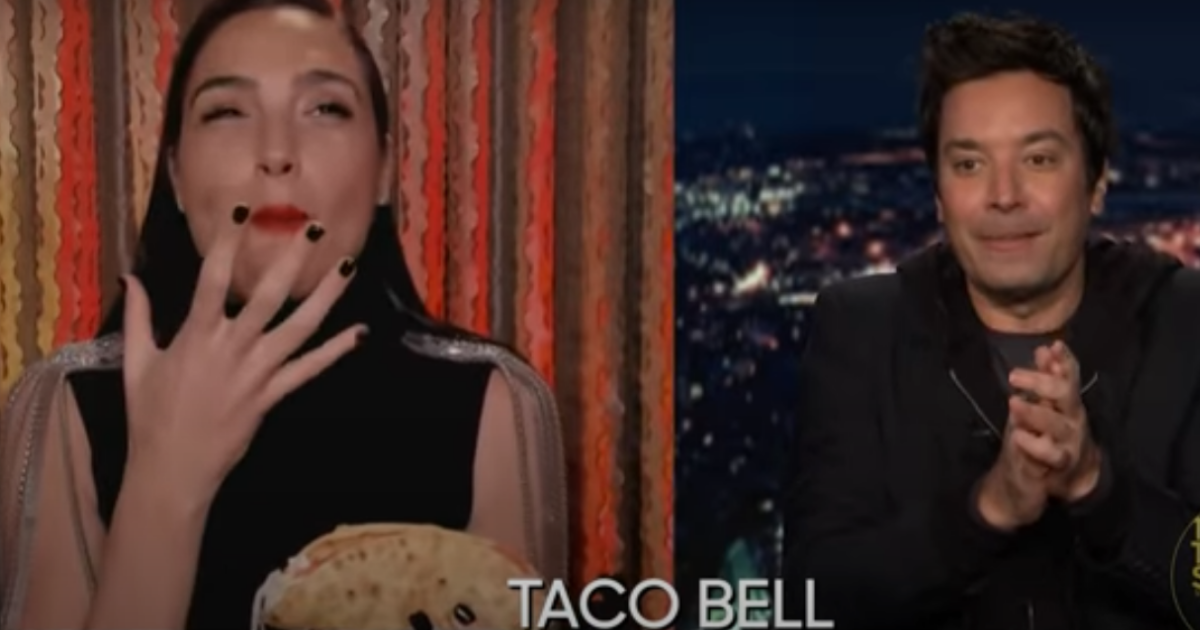 Gal Gadot has been on this planet for 35 years and has just now had Taco Bell.

Excuse us. We need a moment to collect ourselves.

We learned this interesting tidbit during a Jimmy Fallon interview.

Gadot, who was born and raised in Israel, began trying new foods with Fallon a few years ago when she had her first Reese’s Peanut Butter Cup on air.

The segment kicks off with Gadot tasting eggnog, and she immediately asks “Is it safe to drink?” Good question!

Fallon then tries to explain *what* eggnog is and fails miserably. Gadot takes a sip and… is not impressed. “Maybe with rum it’s better,” she said, which is the correct answer.

She returned the favor by introducing him to Israeli treats he had never tasted before.

The next treat was Ho-Hos and Gadot’s first question is “Who came up with the name?” She enjoys the snack, but you can tell she’s not into it.

Next up is what we’ve all been waiting for—Taco Bell.

“It smells good. Oh, it’s like a pita bread! It’s like a taco!” was her reaction. Now it’s time to taste.

She immediately lets out a “Mmmmmmmm!” with pure ecstasy on her face.

“Flavorful, salty…” and the rest is tough to hear because she has a whole load of Taco Bell shoved in her mouth. You know, the appropriate way to consume any fast food delicacy.

Gadot loved her first Taco Bell bite so much that she went in for another.

The segment wraps up with Gadot getting Fallon back for the eggnog. She introduced him to gefilte fish, and he immediately brought out a trash can for vomiting purposes. Gadot explains that it’s a cooked fish in gelatin from the fish’s bones and then shoves more Taco Bell in her face. And you know what? Fallon didn’t hate it.

You can watch Gadot’s first Taco Bell experience below.