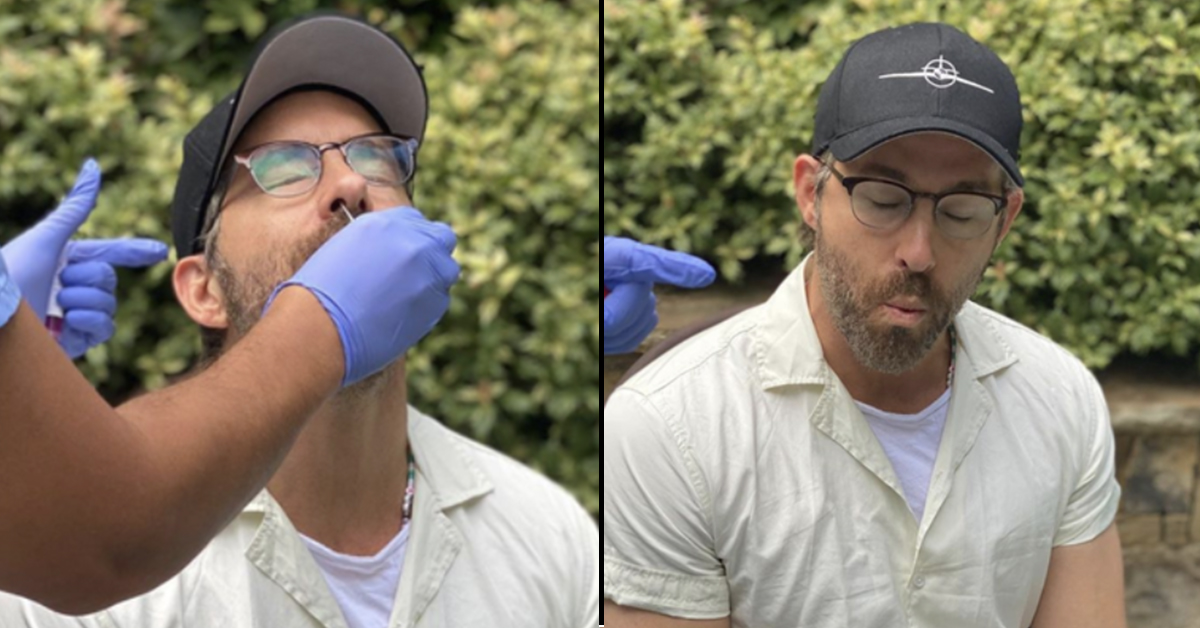 That put a pause on their film Red Notice, starring heavy hitters Ryan Reynolds, Gal Gadot, and Dwayne The Rock Johnson, a movie in which Interpol agent The Rock tracks down the world’s greatest thief. Naturally, that’s Gal Gadot. She’s too pretty to work for her loot.

.@SevenBucksProd is passionate about sharing stories that resonate globally & appeal cross-culturally. We keep our audience in the room with us every step of the way & @Netflix is the ideal home for our #RedNotice!@TheRock@HHGarcia41@FlynnPictureCo@RawsonThurber pic.twitter.com/ONThQU1k4g

Almost 26 weeks ago, The Rock posted on Instagram about shutting down production on Red Notice for two weeks. We all know how that turned out.

We didn’t know that during those 26 weeks, The Rock and his entire family came down with coronavirus. Again, he took to Instagram to explain what happened, saying his kids bounced back fast and he and his wife were on the other side of the virus and “not contagious” anymore. They believed they got it from a family friend and were now going to insist on testing before coming into contact with people:

Red Notice is starting filming again, and everyone is getting tested—or at least the main actors. It wouldn’t really make sense not to test everyone, however, but it’s still cool that Gadot and Reynolds are willing to share what the experience is like.

Reynolds posted pictures of himself getting nose tickled on Insta, writing, “The Covid Test is quick and easy. The doctor places the swab up your nose, just deep enough to tickle your childhood memories and then it’s over. No matter what you say to him, he won’t buy you dinner first.”

At this point, it’s not unfamiliar. We all know the nose gets it and other celebrities have tried to demystify the process for everyone, like Chrissy Teigen. 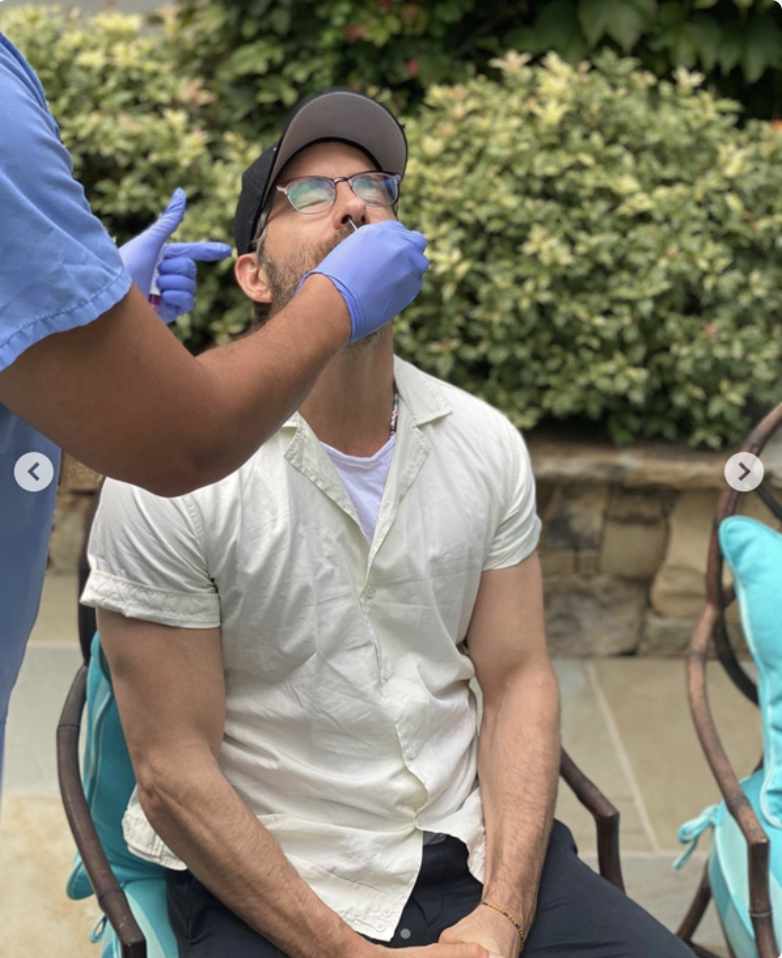 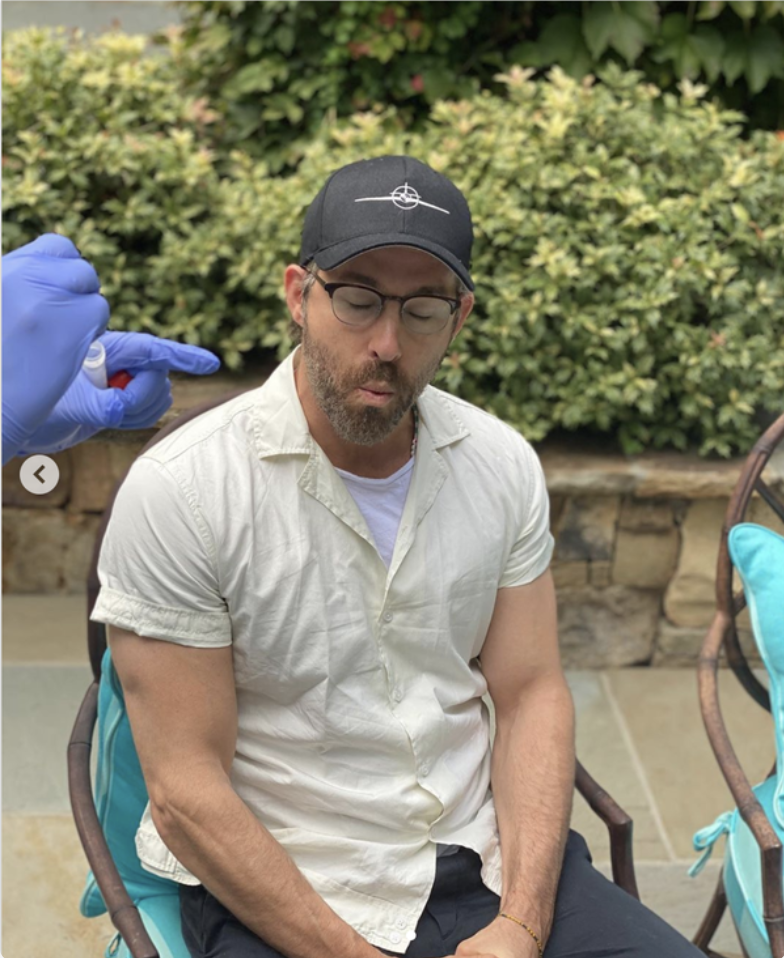 Anything to keep her from singing.