Children have many faces.

Cute and sweet are certainly two of them.

But then there’s destructively adorable… 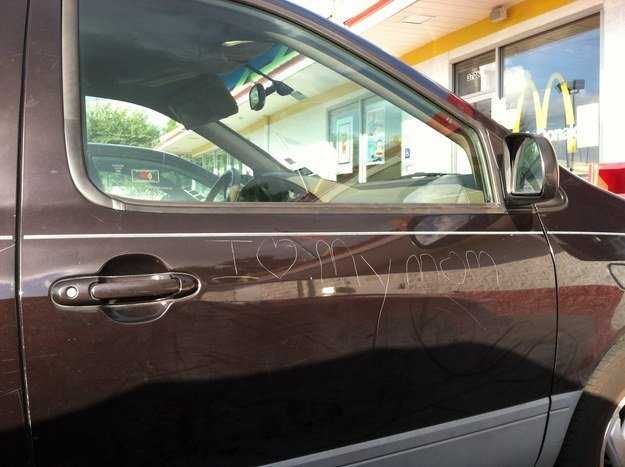 And then there’s destructively innocent… 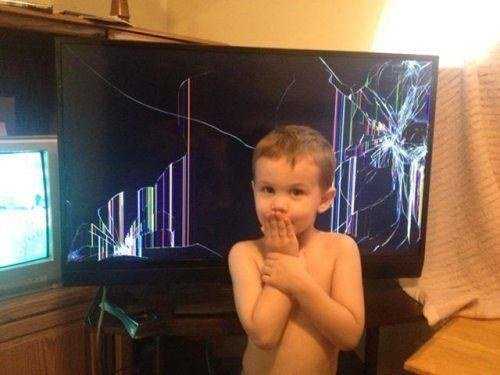 And of course, uber dramatic… 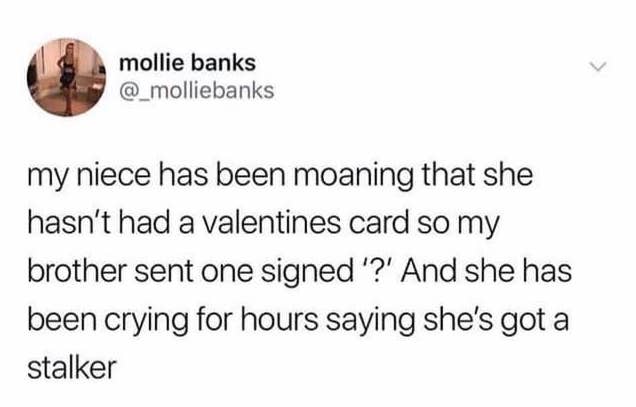 But let’s talk about how absolutely off-the-wall creepy kids can be:

Some people believe kids are perceptive to things beyond what adults can sense, like ghosts or spirits.

Personally, I think kids have such a strange sense of reality and are so impressionable that a new idea can quickly balloon into an alternate universe. They make up weird stories that sound convincing because they believe them.

That’s what I thought until I read this creepy-as-heck thread started by writer Barlow Adams, who shared a story their nine-year-old told them about a woman with no skin on her hands called the Lullaby Lady. Good. God.

9: Can I sleep with you?
Me: Why?
9: Had a dream about the Lullaby Lady.
M: Who?
9: An old woman with no skin on her hands.
M: Why do you call her that?
9: Because she stands next to your bed and hums while you sleep.
M: Sure, just let Daddy put the house up for sale real quick.

The thread soon went viral with replies from people whose kids have similarly made them want to burn the house down then douse the embers with holy water. Before we get into that, I want to share this comment from a Twitter user who claims she ALSO SAW THE LULLABY LADY AS A KID:

I am 100% not joking. My mom had a priest come bless our house and everything.

Thanks, I hate it. Read the best replies of creepy things kids say. It will either convince you ghosts or real or that you never want to have children.

7: I saw a bat in the house last night.
Me: Really, where?
7: It flew in my room and then down the stairs.
Me: Wow, were you scared?
7: No, it said it wasn’t a problem until it grows its other wings.
Me: Cool, here’s your coat time for a sleepover at Gramma’s forever.

My 2yo started talking about a ghost a while ago. Mostly it seems to be an imaginary friend. She plays hide & seek w/ it, talks to it, plays catch w/ it (throws a ball at nothing).

Then one day hubs asked if she wanted to hug it, to which she said: “No! It burn all the toys.”😬

When my son was 4 he would crawl across the bedroom floor or stand by the bed asking to be let in the bed for cuddles.

He’d speak in Polish to his mum, I’d wake up and see a small shadowy figure whispering strange sounds.

My 5yo: Don’t die mommy
Me: I wasn’t planning on, babe.
My 5yo: It already happened before
Me: ?
5yo: Before you were my mommy

My 4yo talks about seeing shadows with fire eyes in the corners of rooms, floating down the hall…standing behind me. Kids are creepy.

When I was a kid I imagined there was a witch in the field outside my window who could only come closer if I looked at her, whether I realized I was looking at her or not. I’ve long gotten over that fear, but I still sleep with my back to the window.

Me: I have to close the curtains or the moon will keep you up.
6 y/o: No, I like the moon. She tells me stories!
Me: Yeah, about what?
6: About when you were a kid like me.
M: That’s funny.
6: The moon’s been watching you your whole life. And she never forgets what you did.

My 3 yo asked if she could get a canopy to protect her from the horned lady. The picture she drew of her was terrifying.

My 6 year old had a princess bed with curtains around it. She used to get really hot in bed so I suggested not drawing the curtains around her. She replied, ‘No, I have to have the curtains drawn then I can’t see the old lady standing next to my bed. I don’t like her watching me’

once when my oldest daughter was 2, I was laying with her in bed to get her to go to sleep. After 15 minutes she turns to me and—very matter-of-factly—asks “daddy, who is the man in my closet?”

I calmly say “there’s no one there babe, time for sleep.” And then I died inside ☠️

A friend & her husband bought a very old, historical house. They were in the process of restoring it when her then 4 year old told her there was a voice in the ceiling that would speak to her.

GUUURRRLLLL SAME!!! When my grandpa died we went for his funeral and they made me sleep in his bed because there were nowhere else. And it was my first time “meeting” with my grandpa. They told me i woke up every.fucking.night. and talked with him?? Creepy.

When my kid was 3 he told me I had always been his mummy , but the time before he was a girl and I looked different, “but mummy I was me , and you were you , we have always been together “ 😳😍

Our oldest would have recurring nightmares about a scary man with one night that comes in her room. We had her draw a picture to see if that would help her get over it. When we looked at the picture, my wife and I seriously considered selling the house and moving that week.

When my daughter was 3 or 4 she had a group of imaginary children. I thought it was quite amusing. One day she said, “Do you know what my children call me?……They call me The Cloth Keeper” I have no idea what that meant but I no longer found it amusing 😬

Threw the covers over his head, but the guy lifted the covers up at the foot of the bed to look at him again. Then, he disappeared when kiddo screamed and the covers fell. I’ve always wondered…

My oldest son at 3 told us a man with bleeding eyes was trying to put blood in his mouth, that he came from the tree out front, at our old house.
Freaking terrifying 😱

My youngest when 2 talking about man in our house and pointing to him for days. Did cleansing because – terrified. Driving out of garage. The man’s here mummy. You said he was gone now. Yes from home. But he’s sitting next to me in the car. Stop car, everyone out!

My middle child when he was about 2 would say I’m not his mum, his mum was the dark lady in the garden. He’d also ask to go to his proper home. Now he’s older he had a fear of being lost and of forgetting what it’s like to be him, as if that’s what happened before!😱

My youngest told me once she can tell how long people have been dead by looking at them.

My nephew (4 at the time) asked my sister whether or not his great-grandmother was dead.
When my sister replied “yes, she is in Heaven”, he corrected her, saying “No, she’s not. I see her.”

My 3 year old had a meltdown about ghosts so I was trying to assure her there were no ghosts in our house. We’re the second family in this house and no one died in it far as we know. I say there’s no ghosts, she says “ghost right there” and points to my empty hallway. 💩👻☠️nuke