These past few months, Keke Palmer has become queen of the meme. With her expressive face and hilarious timing, the Hustlers actress has created an empire of video clips. It began in September when she did an interview with Vanity Fair and claimed she did not recognize a photo of Dick Cheney.

“I hate to say it. I hope I don’t sound ridiculous. I don’t know who this man is,” Palmer said. “I mean, he could be walking down the street, and I wouldn’t know a thing.”

Keke Palmer then spoke the magic words, “Sorry to this man,” and created a new way to completely dismiss someone you don’t like or don’t think is important. 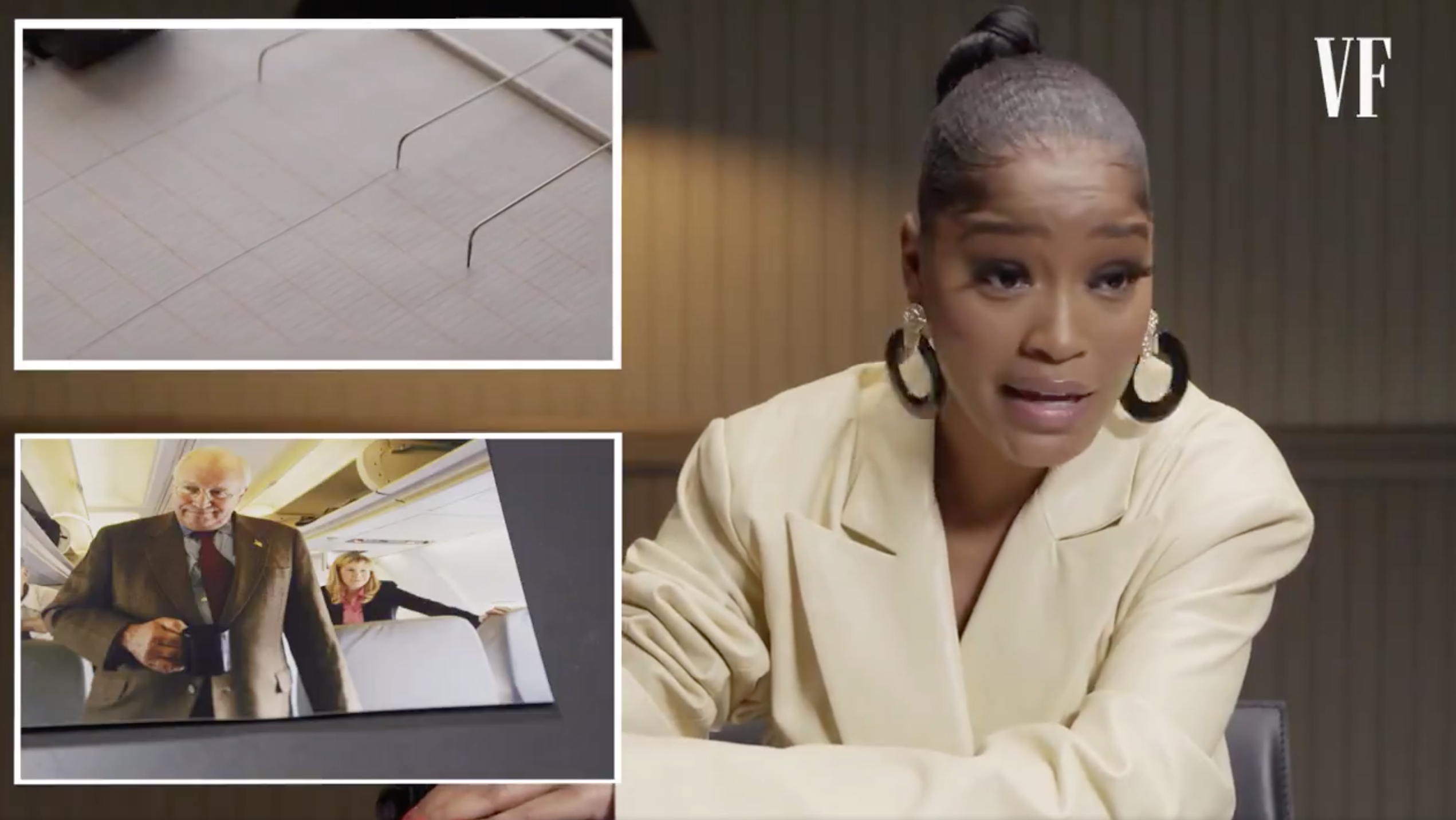 A few weeks later on the morning talk show Palmer co-hosts with Michael Strahan and Sara Haines, Palmer again made meme gold. After being asked who wrote and directed Sixteen Candles and Breakfast Club, Palmer almost exploded with enthusiasm.

please watch Keke Palmer yelling "I KNOW THIS MAN" about John Hughes….. and keep watching to see them mention "sorry to this man" pic.twitter.com/jF6OvKYHev

And on October 14th, when Bachelorette participant Mike Johnson made things awkward and unprofessional by trying to ask her on a date on Strahan, Sara & Keke, Palmer’s wide-eyed look of shock and horror instantly became iconic.

Later, when she was asked if she would consider going on a date with Johnson, Palmer said no.

“First of all, I get real spooked about entertainers or reality [stars]. I don’t know, it really scares me to date people in the industry. That’s number one. Number two: He asked me in front of everybody. I felt totally like, ambushed…I felt ambushed. I felt like it was a big ol’ gag.”

Keke Palmer's reaction to the popularity of her SORRY TO THIS MAN meme is equally great: "After finding out who he is, I'm glad I didn't know." pic.twitter.com/ZAoRysQoZK

Here’s hoping Palmer keeps making us laugh with her antics. Until then, enjoy seventeen of the best Keke Palmer memes on Twitter.

"Isn't that your Preside-"

I hate to say it, I hope I don't sound ridiculous, I don't know who this man is. I mean, he could be walking down the street I wouldn't… I wouldn't know a thing. Sorry to this man. https://t.co/nScIDqFwDC

Their closest friends and family: pic.twitter.com/yPKD0yp9wR

My bank showing me footage of me swiping my card after reporting fraud pic.twitter.com/7ANlPEX5a3

oscar voters talking about bradley cooper when it was time to vote for a star is born pic.twitter.com/lBVf30YBKP

me after my toxic man breaks my heart over and over again pic.twitter.com/rLqcsx1OsZ

Him: I love you
Me: pic.twitter.com/f3YdKHr0po

Coworker : We should hang out outside of work

Random guy : Can I have your number

Random guy : let me call it to make sure it’s you

Me: i’m getting in the car now
Them: okay

Me 20 mins later when i’m still getting dressed and they facetime me: https://t.co/WcLdFvCnvG

Him: my homeboy said he saw you at the club, I thought you said you were sick.
Me: https://t.co/KjU87ww5yT

When someone asks me about the guy I called “the love of my life” two weeks ago. pic.twitter.com/ozpiYoGhlI

Walmart showing me footage of me ringing up a flat screen as bananas pic.twitter.com/jHeOpB1IHj

peter when he was asked about Jesus. pic.twitter.com/19DpwtUo51