If you haven’t seen Don’t Look Up yet, you definitely should, though you should also be fully prepared to be very, very depressed afterward.

The film, which stars Leonardo DiCaprio and Jennifer Lawrence as a pair of scientists struggling to warn the world about an approaching comet, has become quite the hot topic on Twitter, where users are poking fun at the movie’s most memorable moment moments. So go watch it and come back to this post when done!

Now, if you have seen it, and could use a cheer-up, here are some funny and insightful reactions from other people who are feeling like humanity is as doomed as you are: 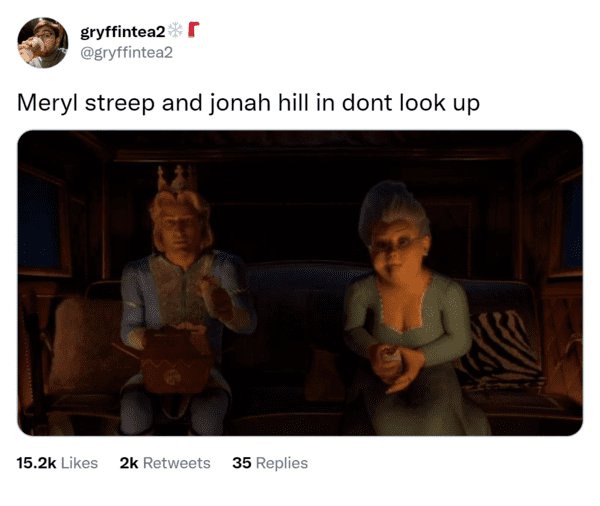 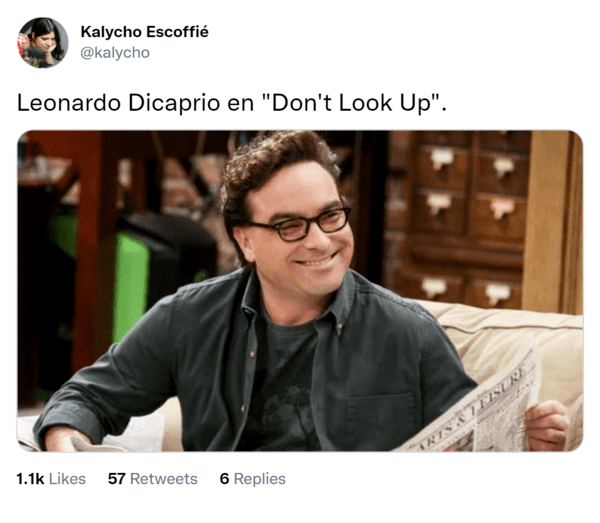 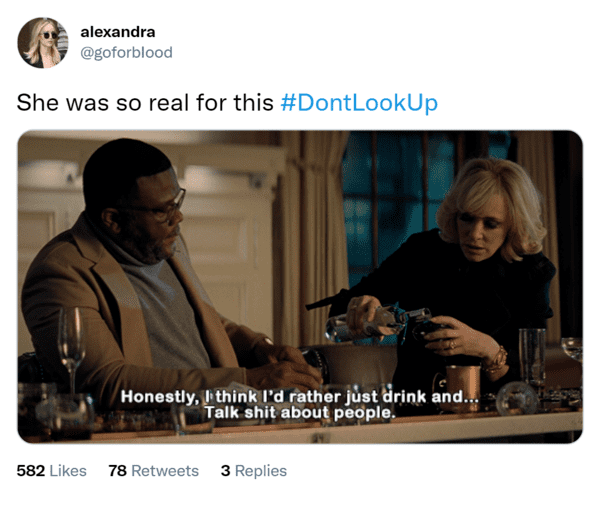 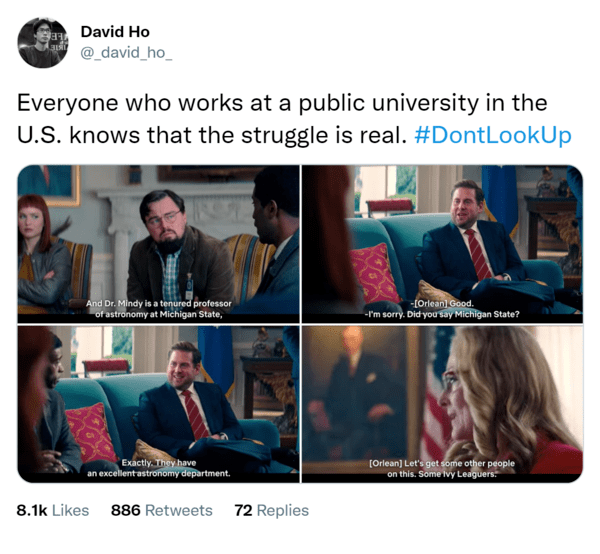 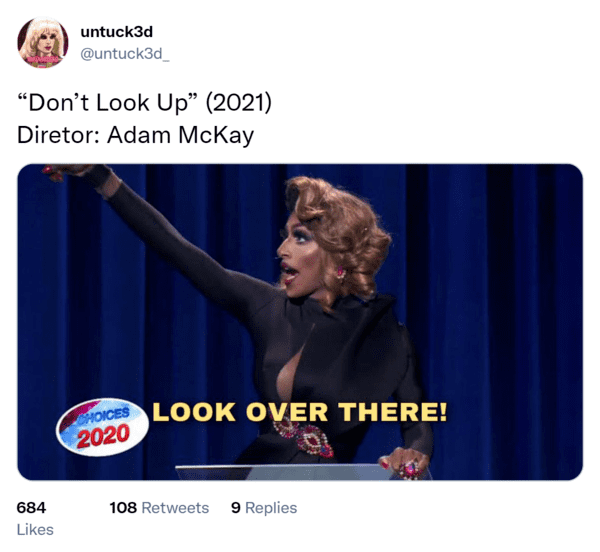 Read also: 25 Of The Funniest Non-Political Tweets This Week 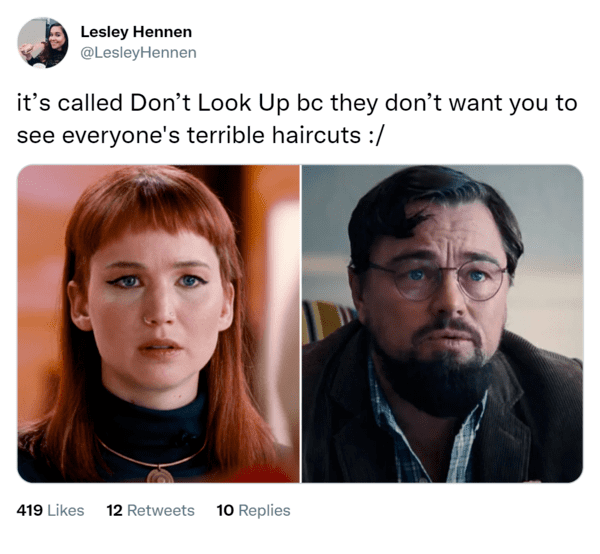 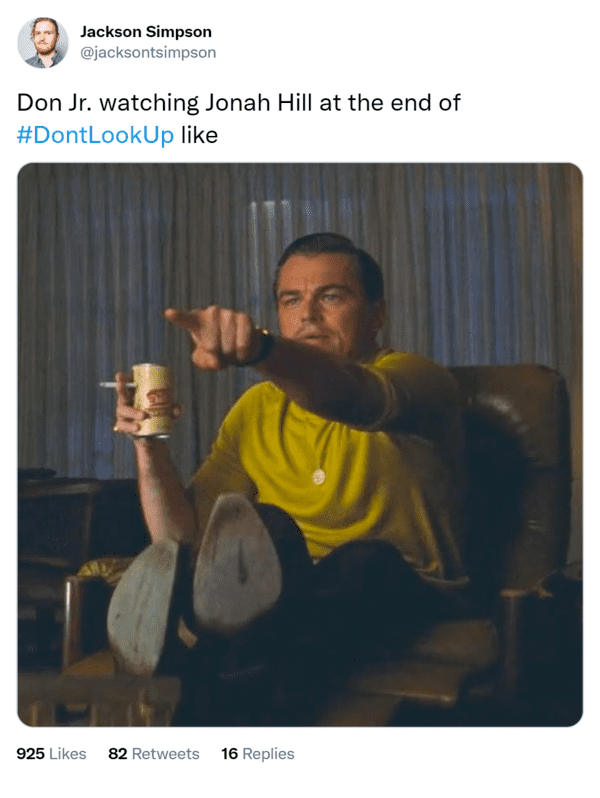 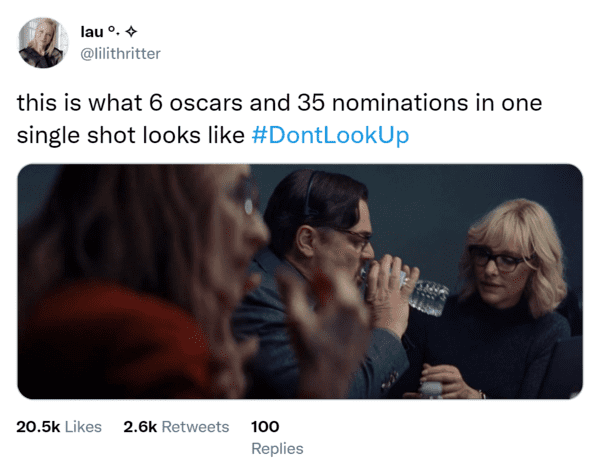 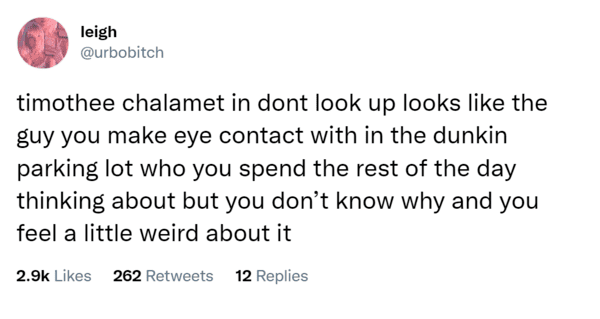 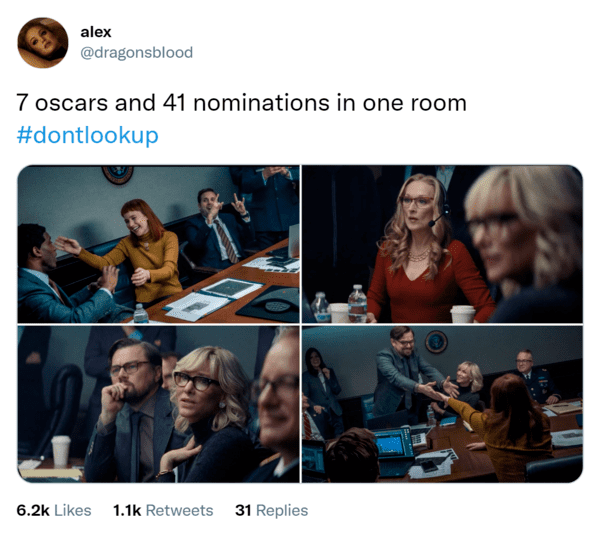 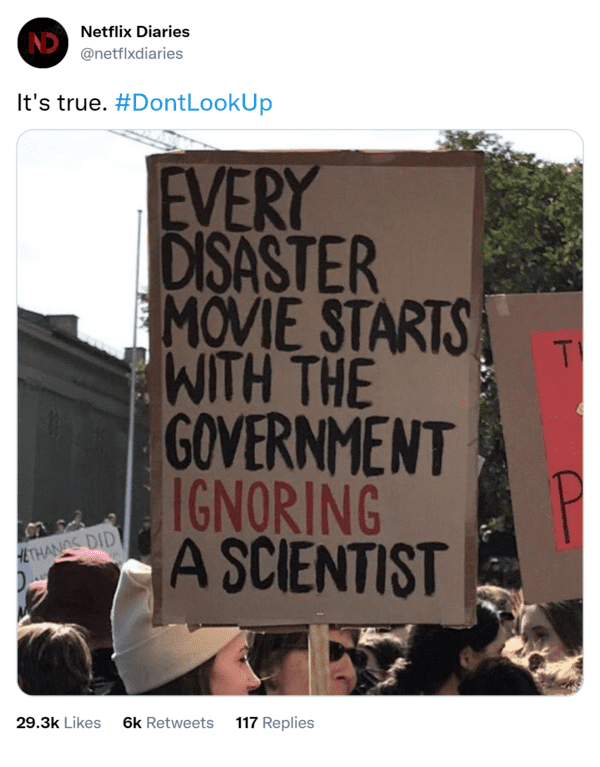 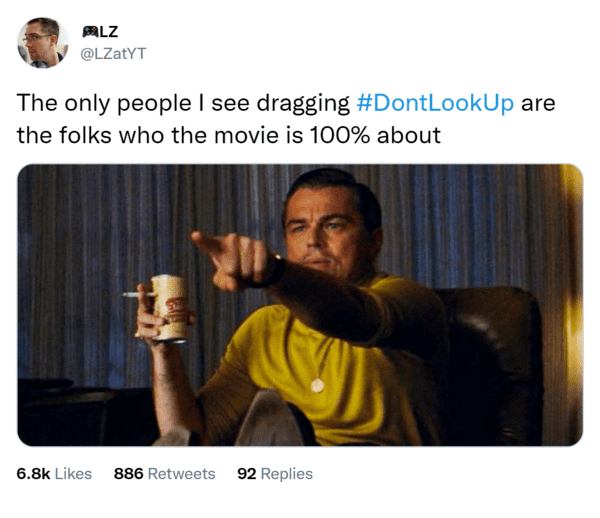 The question that Don’t Look Up never stops to ask is, would a comet destroying the entire planet really be a *bad* thing?

I know this is the wrong takeaway, but the end of Don't Look Up made me jealous that our current apocalypse lacks the swiftness and equality of a giant comet.

I'm watching "Don't Look Up" right now and it's literally this meme but they made a movie out of it pic.twitter.com/IjBuwwb7Ul

it's been two days and I'm still mad DON'T LOOK UP wants us to believe a news appearance got no engagement *and* became a meme. pick one!!!!