The amazing thing about siblings is that someone can share basically the same DNA as you and be raised in the same household, yet have a completely different life path. It’s like a science experiment in every living room. Why does it seem like one sister is always getting all of life’s perks and the other one is hiding in a corner? We need more research on this phenomenon, but until that comes out, let’s just laugh about it with Twitter user Therese Merkel.

Merkel posted a series of photos for her followers, one of which showed a romantic late evening proposal. It wasn’t a picture of her— it was her sister getting engaged.

The photo was taken by Merkel, however, as she hid in camouflage in the nearby foliage. She captioned them, “Sister got engaged this weekend and I dressed as a bush in the wilderness to watch/capture the moment. We are 1 yr apart…why are our lives so different rofl.”

Sister got engaged this weekend and I dressed as a bush in the wilderness to watch/capture the moment. We are 1 yr apart.. why are our lives so different rofl pic.twitter.com/cE14RBZ9CL

Here’s the epic, flower-strewn moment when Merkel’s sister got surprised by her boyfriend: 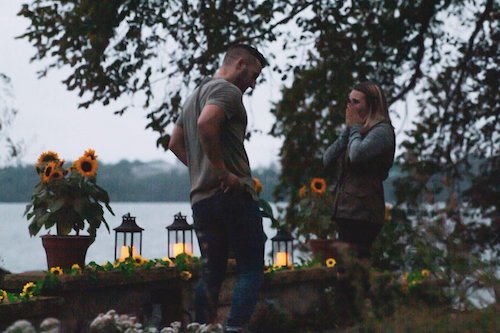 Here’s Merkel’s selfie of herself in position:

And here’s a full view of the outfit, showing her crouched over in the road like a human nest: 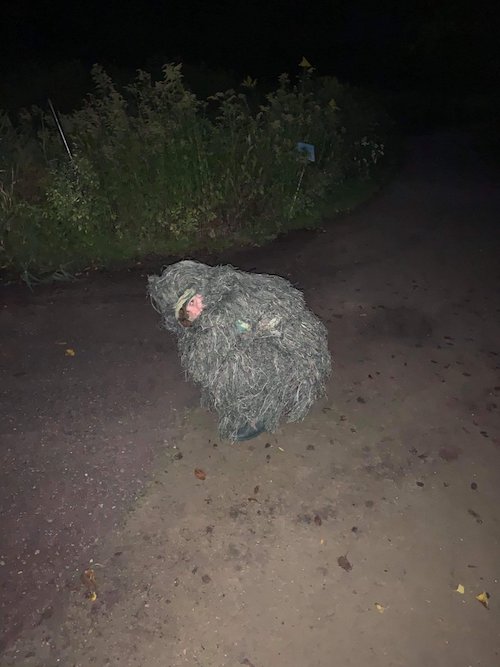 The photos are hilarious and weirdly relatable. Not everyone has dressed up as a bush to creep on somebody else’s proposal, but many people have felt the absurd gap between their lives and their siblings’, or what it’s like to be single when everyone else is getting married.

But most people are envious of how devoted Merkel is to her sis, and they’re demanding the same treatment from family and friends. Dress up as a bush for my engagement or else:

Merkel has started a trend. Now when you see someone hiding in a bush, there’s a fifty-fifty chance that they’re either a pervert or you’re about to get engaged.