Couples often tease each other. Some extreme couples try to prank each other. James and Kelly McGraw are trying to blow up each other’s lives. James McGraw went viral on Facebook after pranking his wife with the most unflattering tattoo you could possibly imagine.

James shared both the inspiration for the tattoo and the tattoo itself, The inspiration is a selfie he took with his wife’s sleeping body on an airplane. It’s unclear if the image is part of a previous prank, but in itself, it’s horrifying. 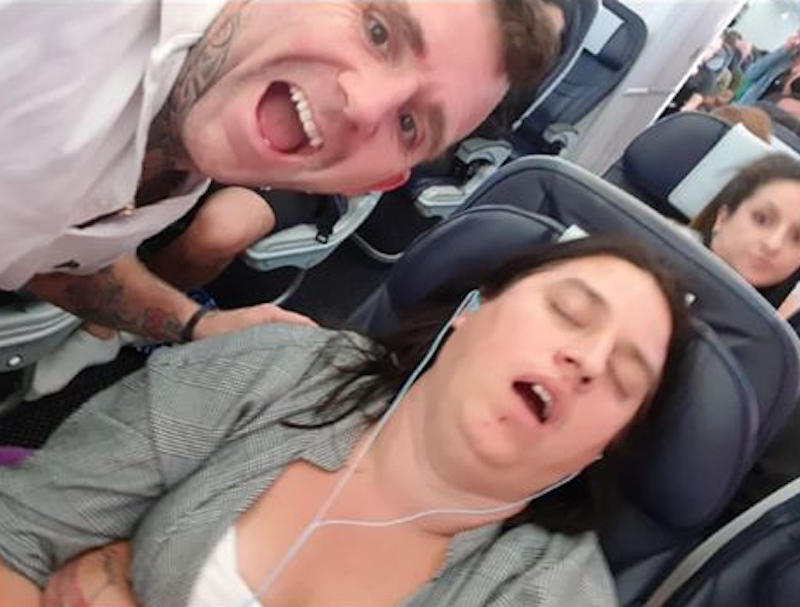 Most people would probably consider divorce over their spouse sharing a photo this unflattering online, but James has taken it to another level. This image is now etched into the skin of his tattoo until his wife murders him: 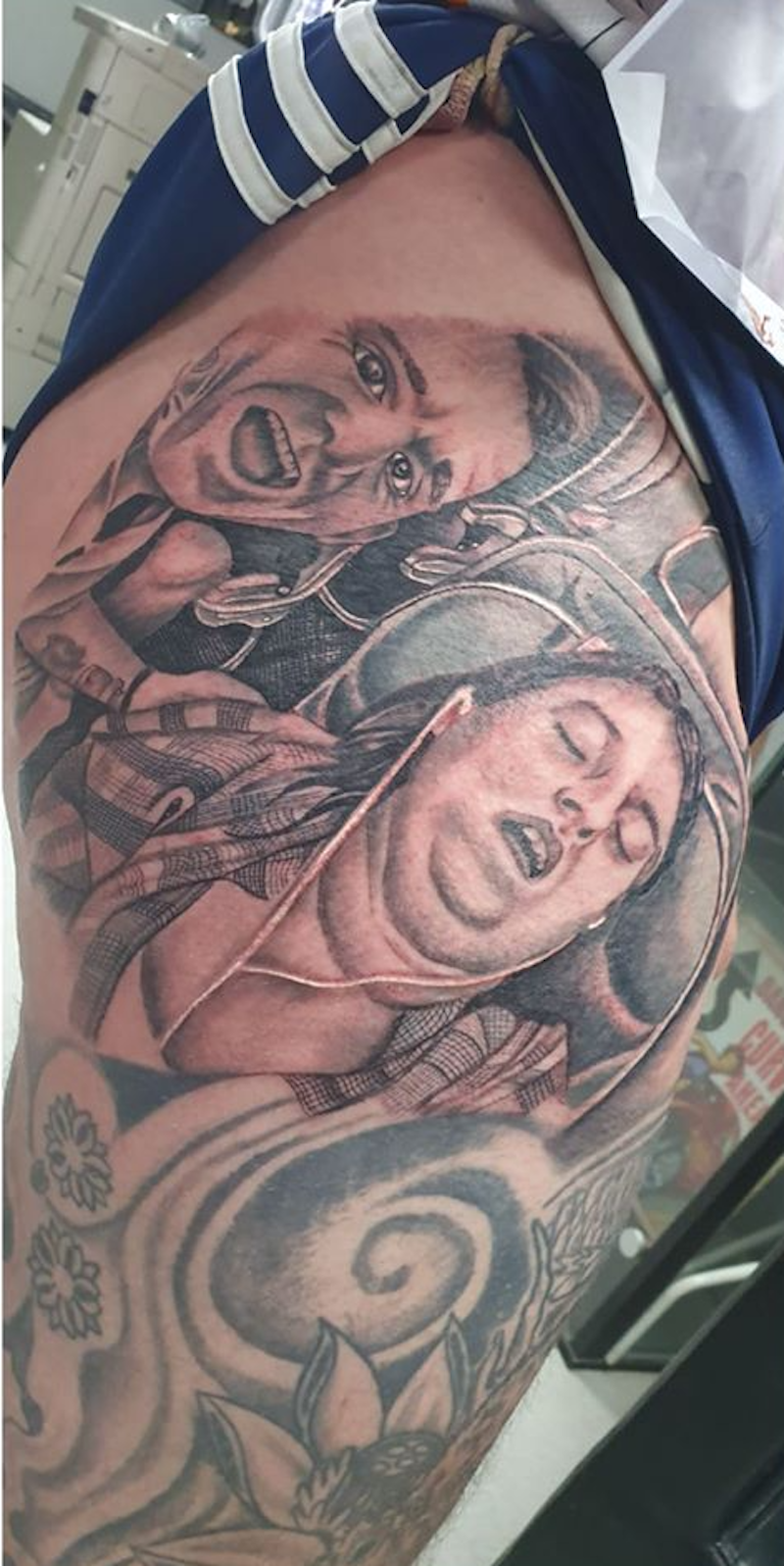 I have to give it up to the tattoo artist, that’s actually a pretty good copy.

The post shared to Facebook alluded to Kelly’s displeasure with the tattoo and the fact that she’s going to have to see it every time her husband takes his pants off. Which he might never get to do around her again!

On the image, he wrote, “Don’t know what her problem is ….everyone else seems to like it.”

The Sun interviewed the sparring couple, and James admitted that he is currently fearful of retribution.

“We’ve been playing pranks on each other for 24 years,” he said. “I’m one up at the moment—but I’m also scared because I don’t know what she’s now planning.”

Kelly is less amused, saying, “There’s a line and he’s crossed it big time. We’re just a normal family but our banter’s got out of hand. It’s still really raw. We do mess about anyway but this is on another level.”

She truly sounds traumatized, adding, “I was horrified. I couldn’t believe it. I hated the photo so much. I just can’t look at it properly without laughing. It’s horrific and he’s added more chins.”

Okay, so she did laugh a little. But she’s definitely ANGRY: “He needs to watch his back because karma’s a b***h,” said Kelly. “I’ll think of something to get him back, but it’s going to have to be really, really bad to top that.”

So, what did Kelly do in the first place to earn this eternal prank? She apparently gave her husband a “dodgy haircut.”

If she was already willing to cut all your hair off, James, you really better watch your back. And your front.