Recently Sophie posted a very relatable story on Instagram about what it’s like to parent when everyone within an eight-foot radius thinks they should weigh in on your choices.

“Had my first run-in with a ‘Susan’ today,” she begins. “You know, the woman who knows everything and is never afraid to tell you in the most direct and degrading way? Especially when it comes to motherhood.”

This Susan saw Skipper’s toddler sitting in the car, watching a show for a moment as she ran the cart back to the shop, which we all know is a moral imperative.

It had been a long day for Skipper and her kid, and she says that Susan didn’t have any context for what she’d gone through to get her toddler so settled and quiet, like the “good old cry and scream over which trolley we took” and “him stealing grapes out of the bag that we hadn’t paid for yet” nor the tantrum he threw when she “didn’t have any coins to toss down the money-spinner in the entranceway.”

“Lord knows she would have had a word or 2000 to say about those fruits of bad parenting!” Skipper declared. It shocked Skipper to have Susan approach her, and from the way she described it, I would have been shocked, too:

She proceeded to scoff at my ‘negligence’ and how unthinkable it was to leave a child unattended and that it was ‘so typical of new young mums’ to do what makes them comfortable and not what is best for the child overall. I genuinely didn’t think she was talking to me because
1 – I thought it was a joke, so dramatic it had to be sarcasm.
2 – because I wasn’t doing anything wrong to prompt it.
So when I found out I was the one being schooled, I was surprised. And then,
I. Was. FURIOUS.

Skipper didn’t lose her mind on the “Susan” in the parking lot, but it was still clearly bothering her when she came home and shared the confrontation on Instagram with her followers.

There was a little bit of ‘friendly’ back and forth then to point out all the obvious facts of it being a trolley return dash and not a bloody 3 mile hitchhike. And finally, that although it wasn’t her business, if she really felt that concerned on the situation, to properly asses it all first and maybe don’t speak so horrendously about another human being while doing so?  So here’s to the mum doing her best, and it still not being enough for those onlookers. But guess what? You’re not raising those onlookers, you’re raising your own family. So pick your battles and own that shit like the warrior you are! And enjoy the damn ice cream for dinner just because you know Susan would love to crucify you for that as well!

Thank you, I will have ice cream for dinner. I don’t have kids, but still sounds like a good idea.

People are very supportive of Skipper’s stance because people are always trying to drag moms for whatever they do and it’s impossible to please them all: 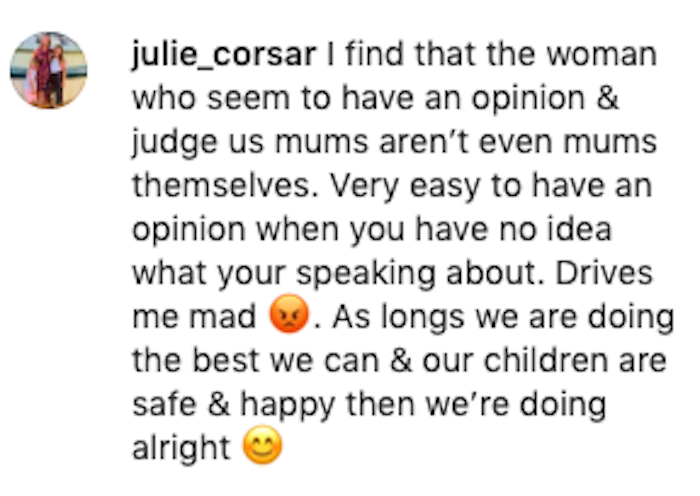 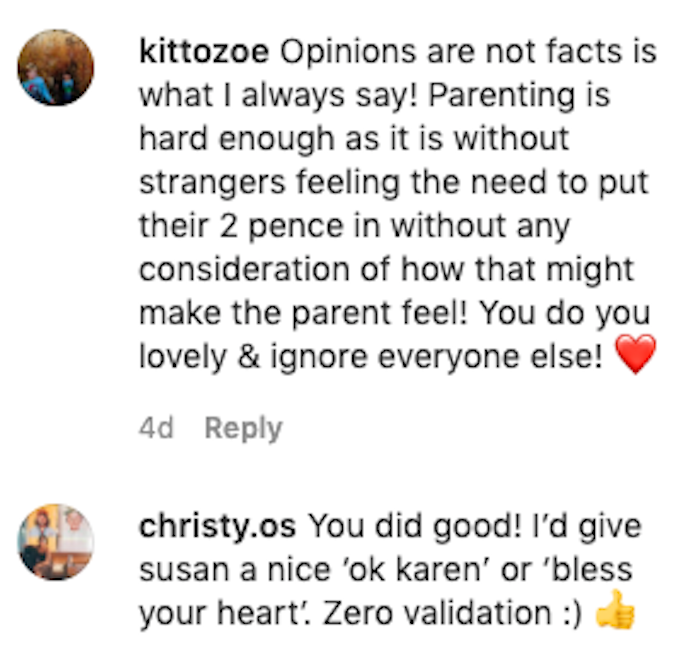 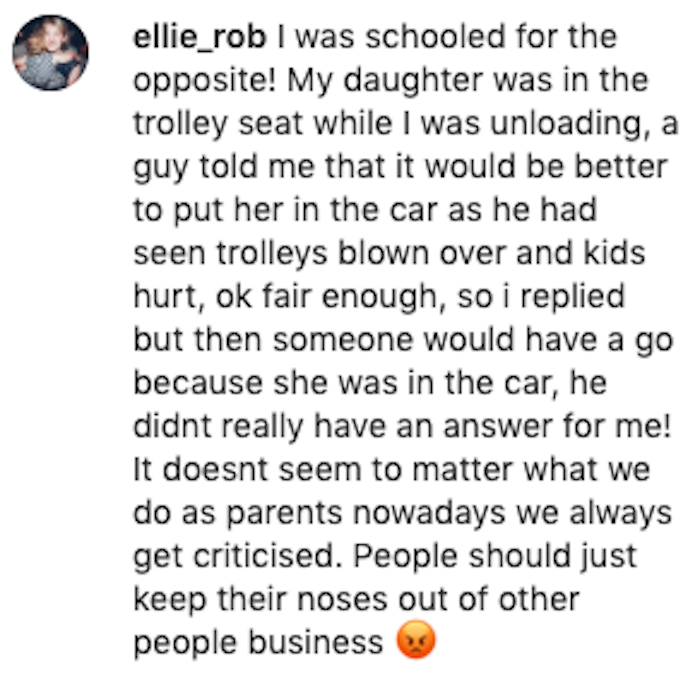 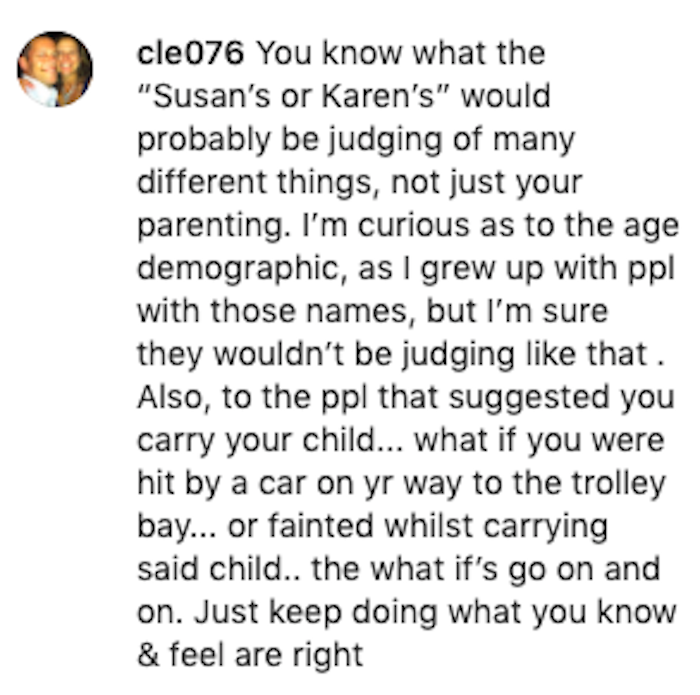 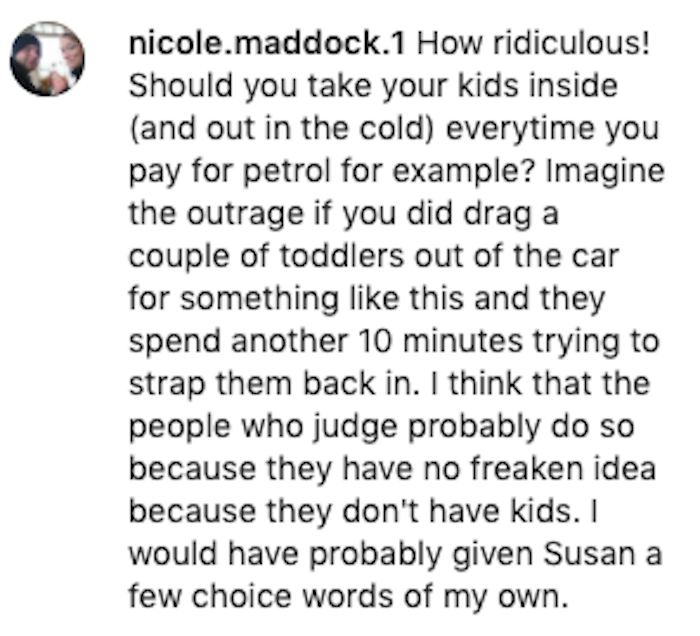 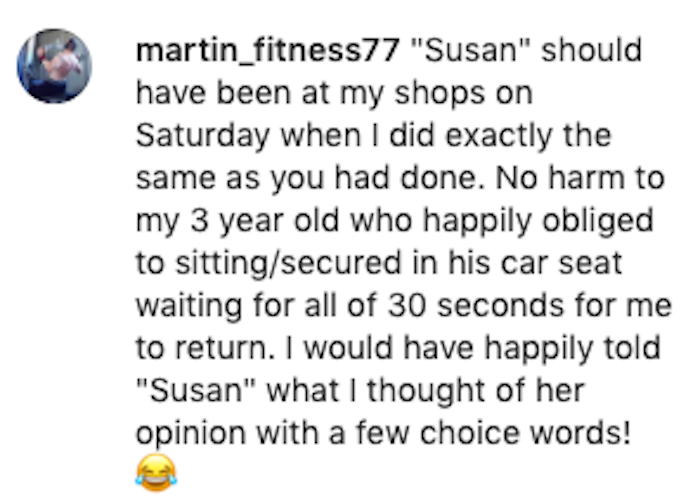 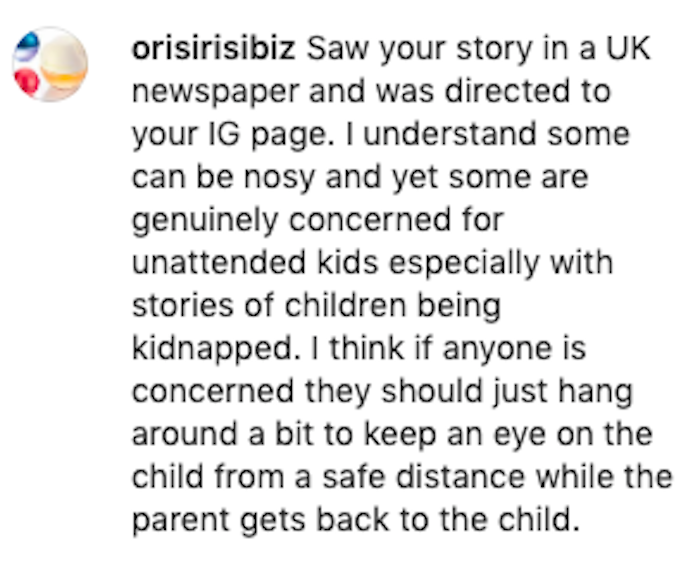 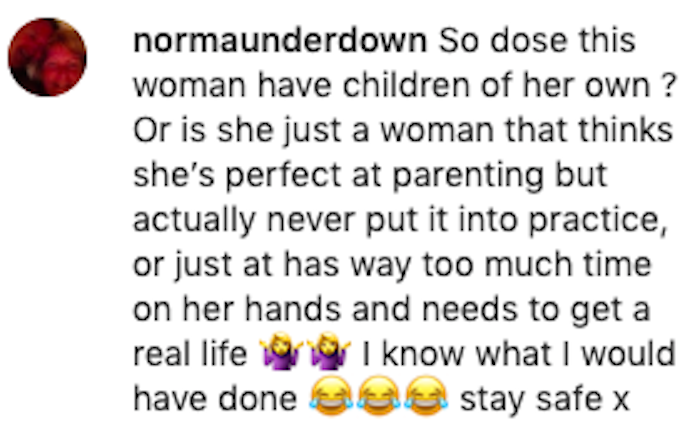 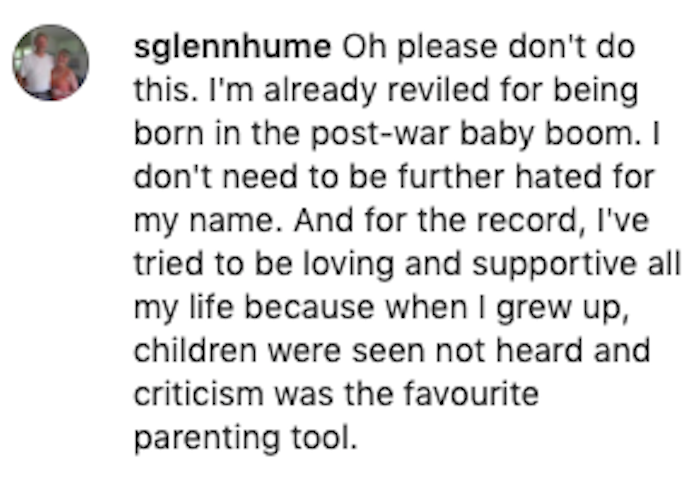 More mom-shamers being put in their place: