Here’s a message for men all over the world: Anything romantic that you’ve ever done is now canceled, and here’s why: A filmmaker, Lee Loechler, took his girlfriend, Sthuthi David, to see her favorite movie Sleeping Beauty, And at the theatre, he proposed.

Loechler got his friend, a film animator named Kayla Coombs, to “hack” the film and re-animate it to make the characters look just like Lee and Sthuthi. It took Kayla six months to do the work!

In the reanimation, the “Prince” (who looks like Lee) kisses Sleeping Beauty (who looks like Sthuthi) and then opens a ring box — which the on-screen Prince then proceeds to throw THROUGH the screen at Lee, who catches it IN REALITY…and proposes.

For the past six months, he’s been working with an illustrator to animate him and his girlfriend into her favorite movie

Cutest and the coolest proposal I’ve ever seen 😭❤

Oh, and because she’s a cardiologist, he used heart terms to describe just how much he loved her: “I love you with all of my heart–all of its ventricles, atriums, and valves.”

Then he addressed her as M.D & used the anatomical terms of the heart in his proposal cause she’s a cardiologist 😭

Show some love to creative minds behind this idea @KaylaJCoombs & @Yours_True_Lee.

(& Also if you don’t know a Muslim or have a friend that is, u do now. Follow) 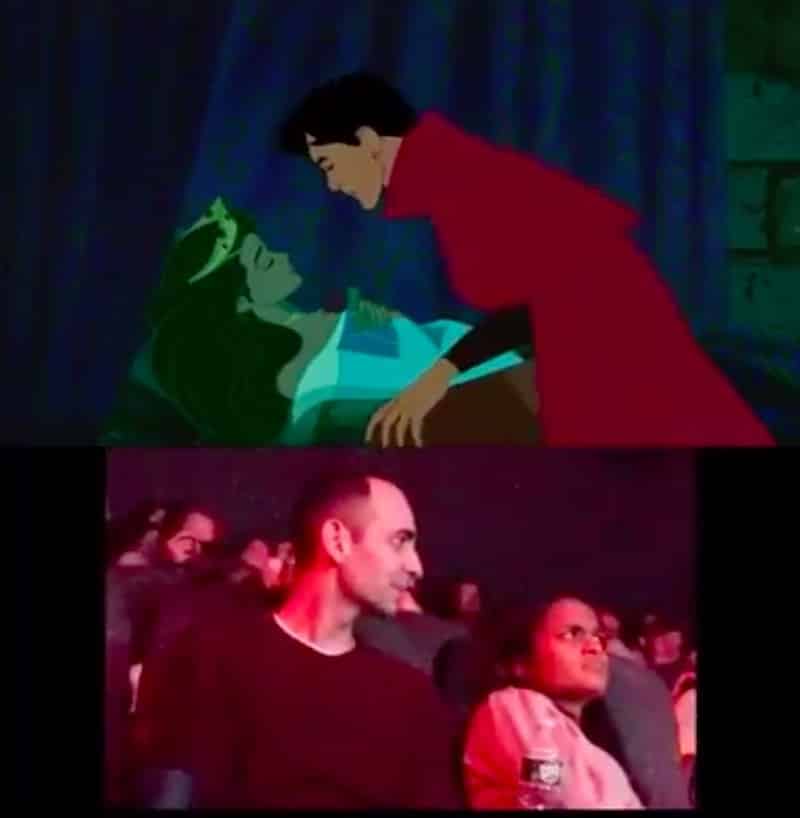 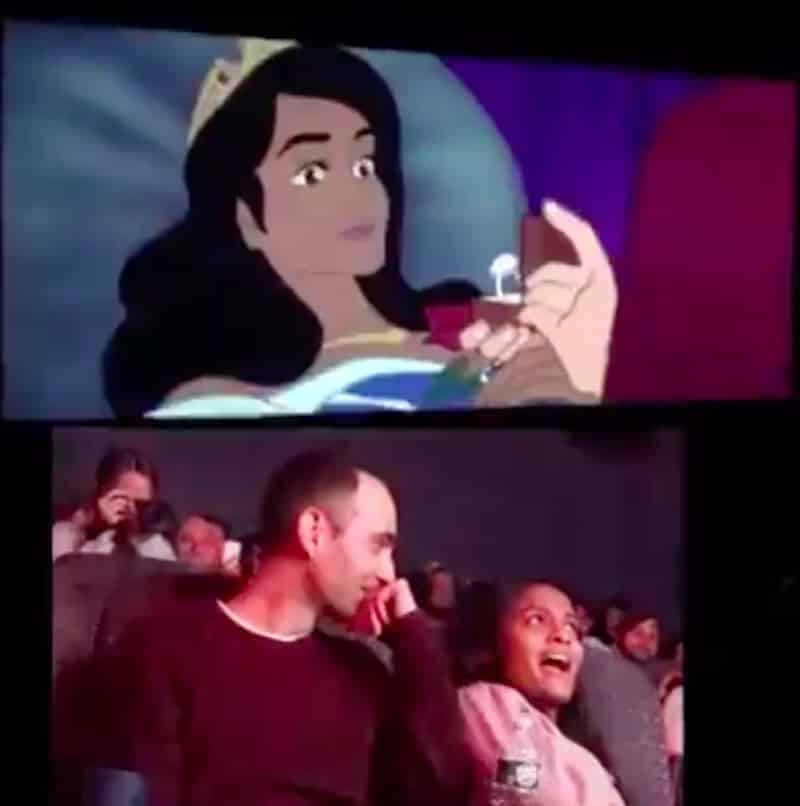 The most amazing thing? The whole theatre, which was booked as a special screening, was filled with her family and friends, which Sthuthi didn’t notice. How did he pull this genius off?!

Adorably, he also created an alternate ending in which she said no (but how could she?!), which made everyone laugh. Obviously, though, she said yes.

It’s not every day you get to propose to your High School sweetheart. For the past six months I’ve been working with @kaylacoombs to animate @stutzd4 and myself into her favorite movie, Sleeping Beauty. The only thing better than seeing the smartest person I know completely dumbfounded was knowing we’d get to live happily ever after together. ❤️ Enjoy!

Of course, people loved the proposal, even if it’s causing dudes all over the world to question their own proposal ideas. If you’re not reanimating a Disney film, who even are you?

If my man is not going up against Disney and committing copyright infringement… does he even love me? pic.twitter.com/GFRi8Xzixu

Please don’t show this to anyone else. How are the rest of us supposed to live up to that?!?! 😉

Just having my morning coffee and now have tears rolling down my face! Best wishes to them for a truly happy life! And well done you creatives!

I’ve been meaning to thank you for sharing such heartfelt tweets. In the midst of soul crushing ugliness, injustice and hate, it’s important to remain connected to beauty, kindness & love. 🙏🏼🌹💕

More of the best and worst proposal stories: