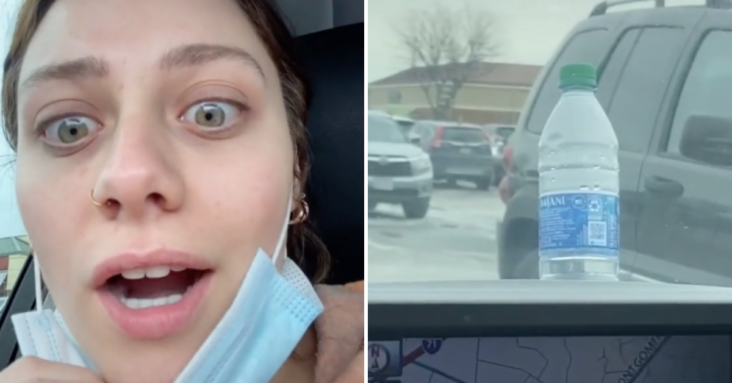 Ok, so in all seriousness, listen up to this cause there’s a theory that it might save your life.

A TikTok video is making the rounds and causing people to rethink what might seem like a simple piece of recyclable waste.

Haley West, who posts under the name Haleywestco, told a story about what happened to her recently outside of a supermarket—and it involves a discarded water bottle on top of her car.

What could it mean, she wondered.

In the context of her story, West was concerned that it indicated something sinister. West details a creepy interaction with a man in the parking lot while she was parked in her car. West says she felt weirded out, so she went inside a nearby store to hide out for a bit.

When she emerged, the water bottle was sitting on the hood of her car. Did the guy leave it there by accident or to mess with her? Did some other random person just not feel like walking over to a garbage can?

Haley spoke with Bored Panda about what happened:

“I’m leaving Fresh Thyme and I’m parked in this big parking lot. This guy was walking like kind of close to me, kind of not, but you could tell he was, like, staring at me while he was walking, and he yells over to me like, ‘Hey what’s your name?””

“This man walks right up to my car and he’s like, ‘Come check out my car, it’s nice, it’s a Lexus, you like it?’ Like it’s my car! Though, I didn’t react to that, because that would have given away that it’s my car, although I think he already knows.”

“I then went across the street to this TJ Maxx. I got help, I made sure he wasn’t still out here,” Haley said.

When she returned, she found the water bottle.

Another TikTok user, Ellessb423, aka Elle, claimed that putting a water bottle on someone’s car is a tactic that some kidnappers and human traffickers use. 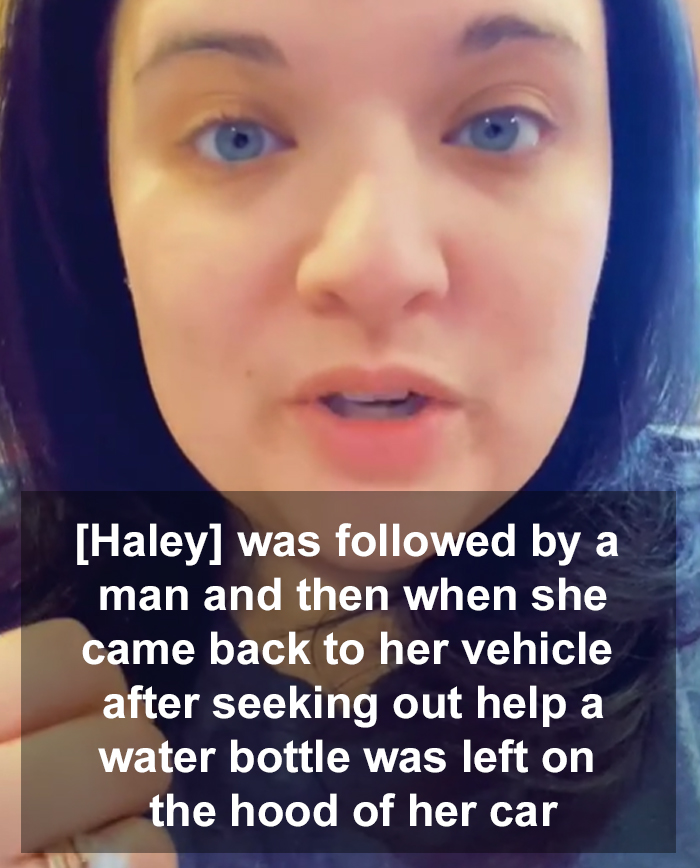 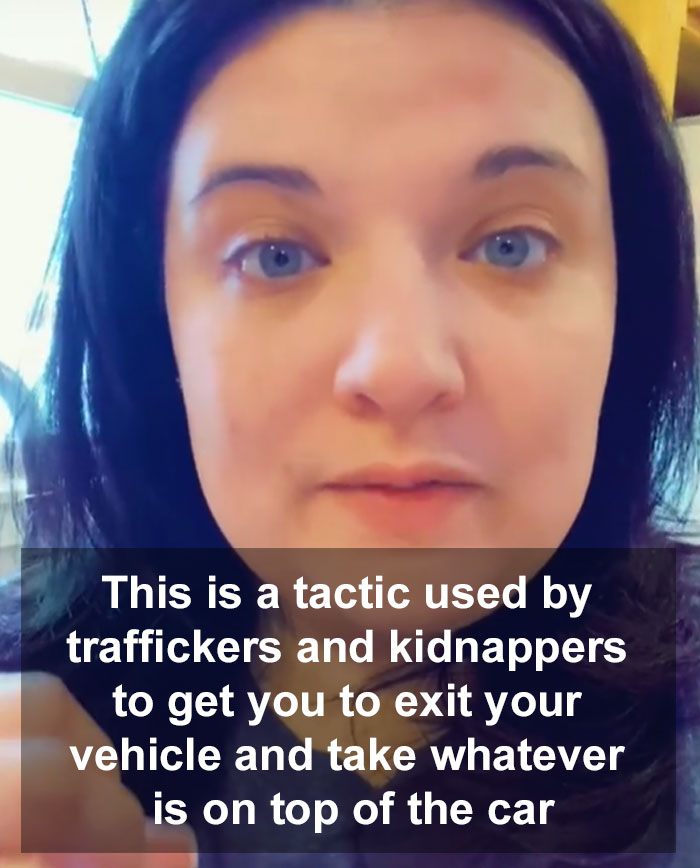 She said it could be a distractive technique—you pause to remove the bottle and get snatched. Elle said if you ever find a water bottle on the hood of your car, just leave it alone and drive away.

Should we really be that anxious about garbage left on our cars? Is Elle serious? In other TikTok videos, she claims to have been in contact with survivors of kidnapping and trafficking and goes into further details.

“This is a tactic used by traffickers and kidnappers to get you to exit your vehicle and take whatever is on top of the car,” she said.

“If you feel extremely threatened by a person who’s following you, drive to a police station or an auto shop, they can look underneath your car and see if there are trackers there. Yes, believe it or not, GPS trackers can be put on the bottom of your car and they can give out your location for a certain amount of time. Never go straight home.”

Stay safe out there.