Who among us hasn’t had a little too much to drink from time to time and woke up with no idea of what happened the night before? Generally speaking, the worst thing you could have done was probably texting your ex or spilling wine all over your favorite dress. However, after 15 tequila shots, one woman woke up with something far worse: a permanent tattoo of a Gavin and Stacey quote under her boob.

No offense to Gavin and Stacey, of course—I have fond memories of Smithy because it meant James Corden hadn’t yet become insufferable. However, I doubt 23-year-old Tania Harriman from Derby in the UK was planning on etching her love for the comedy on her body forevermore. That being said, she still insists she has no regrets about the tattoo. 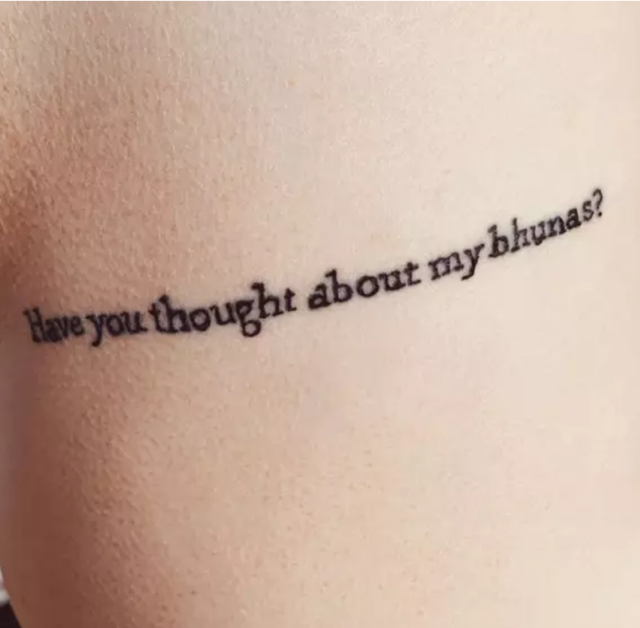 While on vacation with her friends in Greece, Harriman says it’s the tequila which gave her the confidence to go forth and ink “Have you thought about my bhunas?” on her side, just under her boob. It’s an unconventional choice, for sure, but one that she seems to be proud of.

“Obviously the most iconic moment is Smithy and the takeaway scene, so it was only fitting to get a quote from it,” Harriman told LadBible.

She continued: “And after a very drunken blackout, I woke up with ‘have you thought about my bhunas?’ written under my boob. It’s one of the most recognizable scenes from the show, and as it was 4am it was something I knew they couldn’t mess up too much!“

Harriman admitted that her mom was none too pleased with her new tattoo while her dad loved it. However, considering she already has 11 tattoos, something tells me neither of them were too shocked that she’d gone for another. 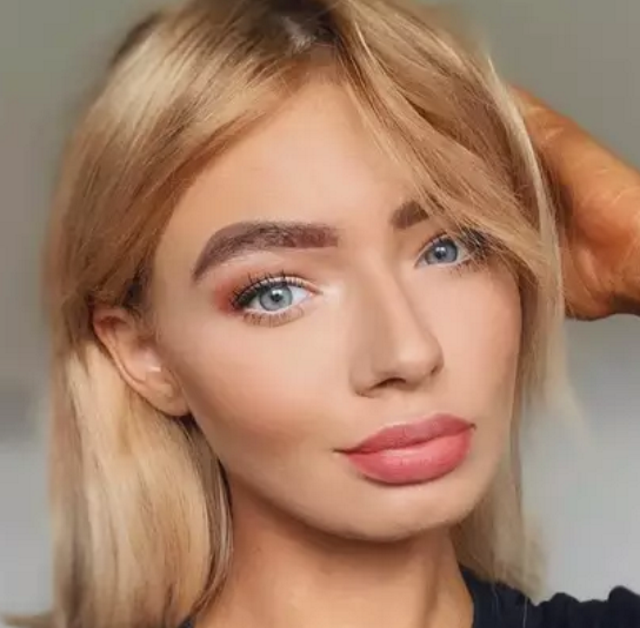 “I think it’s hilarious. No regrets. I don’t regret any of my tattoos, and I’ll always have a memory of my time in Malia!” she said. Now that’s the spirit!