The rise of protests in support of Black Lives Matter across the country has had a lot of white people confronting their own racist thoughts and actions. Some are really recognizing how different life is for Black men and women, who are in danger of not only white supremacist violence but also from state violence and the police. While a non-Black person could never experience this for themselves, developing this awareness is key.

One white woman named Pamela Chandler tried to share things she has come to understand by having a Black husband and a mixed-race daughter.

“So as a white woman married to a black man and raising a biracial child I’ve had to unlearn a lot of things,” she posted on Facebook. “I’ve also had to LEARN twice as much. I’ve had to become aware and start to notice things my mind never would have before.”

She said she and her husband, Walter started discussing those things and she made a list of all the differences in their experiences that she’s learned about through her relationship. 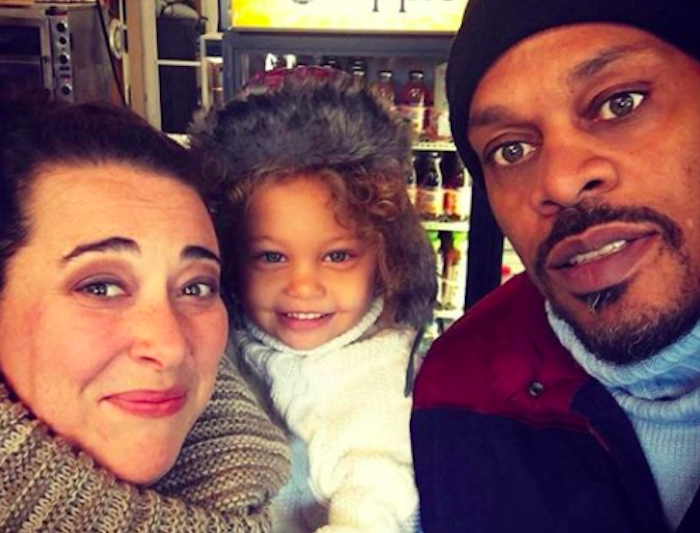 1. I have to drive basically anytime we are leaving the Dayton area.

We don’t talk about it each time, we just both know that if we are leaving our general “safe” area and heading to smaller town Ohio roads I’m the one driving.

2. I have to handle store clerks, returns, getting documents signed, anything with any federal building or administrative work.

I get further with any type of “paperwork” thing that needs handled, people listen to me and are much more agreeable than with him.

3. The chances that we find a Black or Interracial couple on a greeting card are SLIM.

Unless you want to give the same Black Couple card every year, which we have 🤣. There are hundreds of white couples to choose from though! 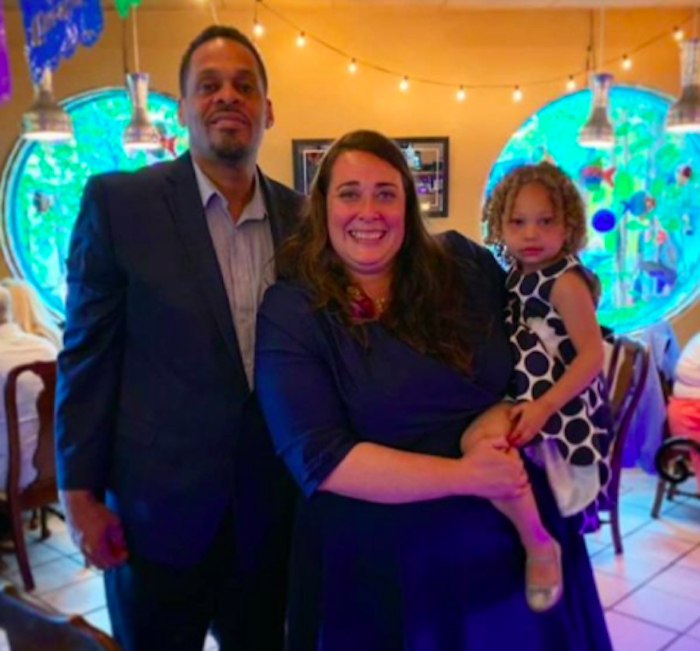 4. My husband goes out of his way to be nice and talk to EVERYONE.

Not because he’s a people person, but because he has learned that a 6’5 Black man intimidates people and so he overcompensates by being overly friendly so people won’t be afraid of him.

5.  If Walter is pushing the cart I always have to have my receipt ready when leaving the store.

6. None of our neighbors thought we owned our home, multiple neighbors stopped my father and asked him if he was the new landlord for us.

Because of course, the old white man must have purchased the home. Not only do we own our home, it’s fully paid off, we have no mortgage and we paid for it BY OURSELVES. 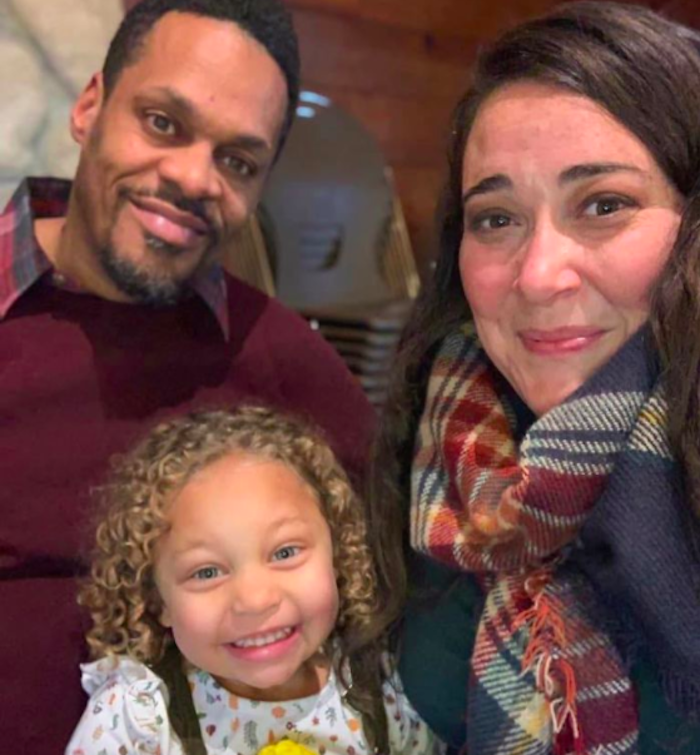 7. It took us YEARS to find a church without racist undertones and low key racist members, YEARS!

8. When doll shopping our daughter gets 25 white options and 1-2 black or mixed-race doll options.

10. We avoid all places with confederate flags.

11. If we go to Bob Evans (or any restaurant that caters to “seniors”) too early we are met with a lot of stares, the old racists eat between 4-5pm. 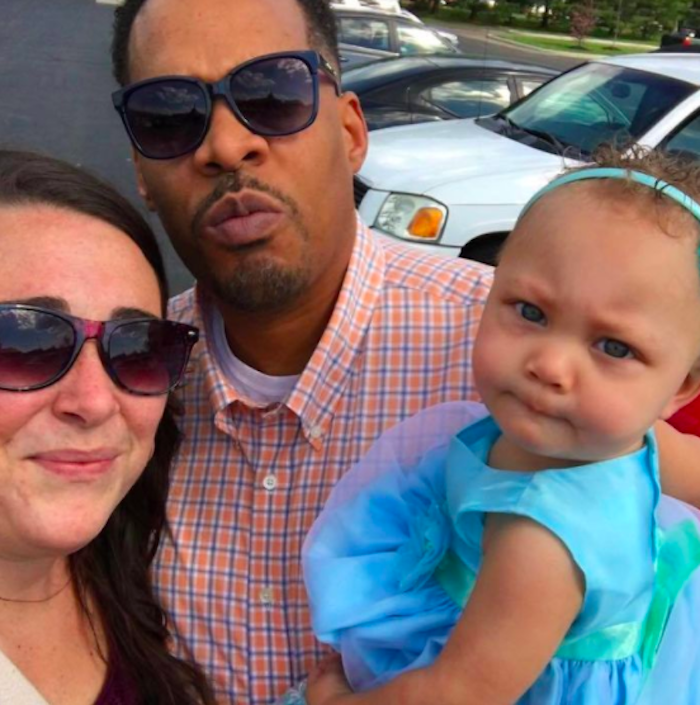 12. When Walter goes to a playground with our daughter he constantly stays by her side, if not he gets stares and people wonder what the “big black man” is doing on the park bench.

13. Walter is concerned our Black Lives Matter sign by the door will make us a target when he is not home so he asked me to remove it 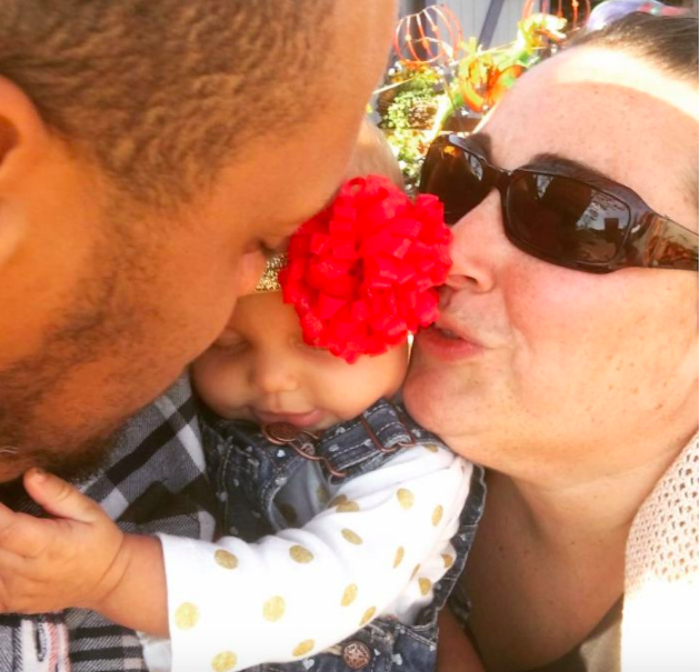 Chandler wants to be clear that she didn’t write this list because she wants people to be sad for her. She loves her family and her life.

“But…changes need to happen,” she writes. “This is just a small glimpse into the intentional and unintentional racism that happens everywhere, all the time. I want a better world for our daughter so I’m happy that things are changing.”

She then says she knows people are “tired” of talking about BLM and protests and demands for change.

That’s right: Chandler is tired of living with an awareness of racism that many white people do not have because they’re not living with it or even adjacent to the experience of it at all times. In an edit, she added a picture of their family to remind the many commenters that “the majority of those protesting and fighting for rights are just regular folks like us who want our hearts to be seen.”

While it’s generous of the Chandlers to share their experiences, it shouldn’t take this much for people to develop a sense of compassion, and it shouldn’t take someone telling you racism exists to believe it does.