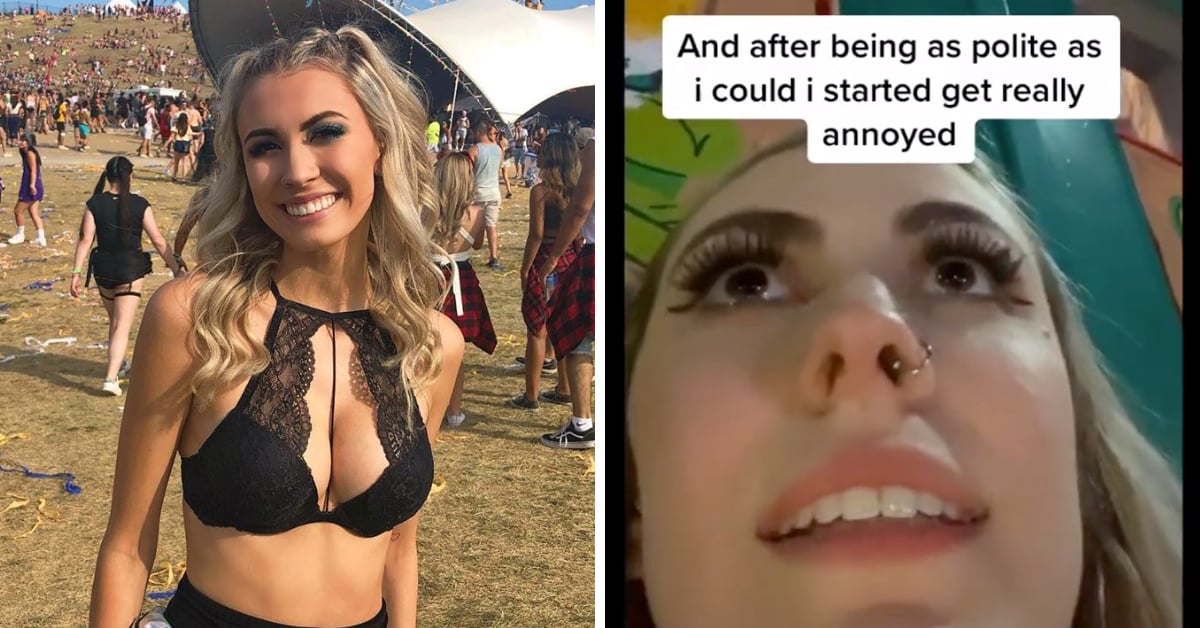 Most women know the horror of getting to a bar early.

Not only is it a little awkward to sit and check your phone over and over, but there are also still plenty of dudes out there who see a lady alone as an invitation to stay and bother her. It’s hard to explain the amount of entitlement you come up against when a guy insists on talking to you as you put up your metaphorical spikes, but a viral TikTok video actually kind of captures it.

The TikTok vid was produced by a 20-year-old woman named Kait Murdock, who told Buzzfeed she is a student from Canada, who was actually just waiting for an Uber to take her home after a birthday party celebration. She’d already been harassed once that night, by a man who kept insisting on putting his arm around her. A man she didn’t know, to be clear.

Then, she said, “I was outside, some guys kept talking to me and grabbed my phone to talk to my friend until I literally ran to the other side of the bar.”

But it still wasn’t over. Murdock started recording when another man approached her, initially because she planned to share the audio with some friends. But at the end of the interaction she decided she could do more and turned it into a TikTok. In the video the guy asks her for some “warmth,” like she owes him any, and when she says she doesn’t have any for him, he grills her on who she’d give it warmth to.

“To a friend, ” she answers, to which he asks for “boy-girl” warmth, a phrase that makes me throw up in my mouth a little. When Murdock continues to reject him, and pretty politely given the circumstances, he wanders off and calls her a bitch to another guy.

“It was very creepy and scary,” Murdock told Buzzfeed. “I am a very skinny and weak girl, so it’s hard to be assertive to men when I’m uncomfortable because you never truly know who is going to become violent or aggressive and I am not physically able to overpower anyone who would try to hurt me.”

She continued, “I want people who maybe think that women ‘exaggerate’ their fear of men to think again and realize it’s real, and it happens to almost every single woman or girl that I know.”

And that’s why women don’t have any “warmth” for strange men who won’t take no for an answer.