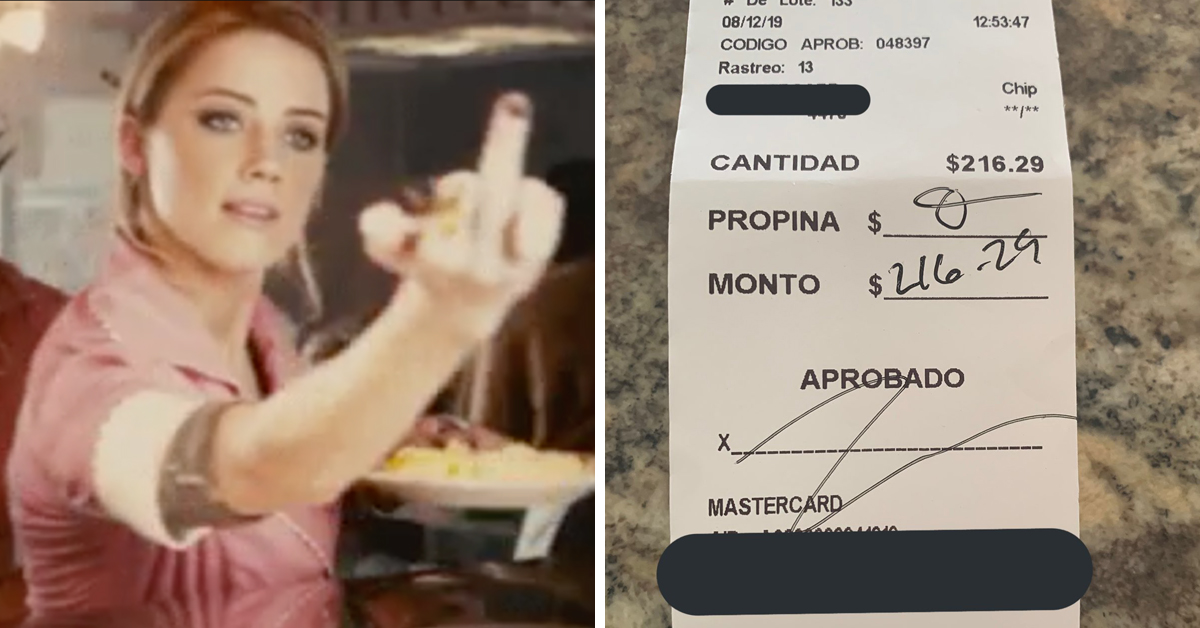 People should not be dependent on how a random patron feels to make a fair wage. But until this system changes across the board, refusing to tip a server isn’t a protest—it’s a total jerk move.

It’s also usually something that only someone who has never waited tables would do. Good hospitality is hard work. Even bad service is hard work. I worked in restaurants for years. Even when a waiter sucks, I leave them 20 percent, because I know how hard it is.

The people who leave bad tips are pretty much depending on either getting away from the restaurant before their server finds out or on their server being too polite to say anything.

Well, you better run, because people do not want to put up with this foolishness any more.

Below are stories from servers about being stiffed with a little public shaming thrown in.

And for all the guys out there leaving their number in lieu of cash? Don’t.

me trying to move on with my life after a table who was SO nice to me doesn’t leave a tip pic.twitter.com/l2r3SWvi9I

My last table. A couple & a baby; said i was so nice and everything was perfect….tipped me 72 cents.i gave it back & said "thats ok…you keep it" & smiled & walked away.👍

So today I waited on these people who were beyond rude & their bill was $80 & they left me a $2 tip
Lol so me being me, I went up to them with the $2 & said “you clearly need this more than I do” & gave it back to them.
Respect your servers people

Love when a group of 21+ ppl come to eat and leave no tip! And we don’t charge gratuity! #waitress #badtip pic.twitter.com/TpvD0A00So

I waited on a couple who left me $0 on a $50 bill tonight so I chased them out of the restaurant to “kindly” thank them for their generous tip :-)) (also they were really freaking rude & disrespectful so fuk them)

I was helping out this family at work and right before they were about to leave the dad comes up to me and while reaching into his wallet says “here since you’ve been so nice” and I’m guessing it’s a tip. He handed me a jehova witness business card. pic.twitter.com/QvFfPGji4P